Crypto speculation falls out of favour with game studios 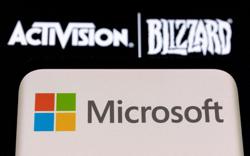 Discussions on platforms like Reddit and Discord are rife with complaints from game developers that blockchain games are less concerned with being high quality or fun to play, and more focused on how much hype their financial assets can generate. — Image by DCStudio on Freepik

In late 2021, as crypto prices hit fresh records, several major gaming studios sought to position nonfungible tokens as the next big thing. Mere months later, falling prices and criticism from players and their own employees have muted that enthusiastic chorus.

Studios expected crypto assets to create opportunities for players to own their in-game digital items while forging a new revenue stream for the publishers. The reality has been less straightforward.

Speculative assets like NFTs or in-game cryptocurrencies fundamentally change the dynamics of a game and the expectations of its players. These items, even if they’re a magic sword or a robot costume, are real-world financial assets. They possess an embedded level of speculative risk, with the potential for both reward and losses. Their presence in a game turns both creators and players into investors.

"NFTs are not inclusive of all our community and create a scenario of the haves and the have-nots,” Mojang said in a July blog post.

"The speculative pricing and investment mentality around NFTs takes the focus away from playing the game and encourages profiteering, which we think is inconsistent with the long-term joy and success of our players.”

In the crypto-native gaming world, that "investment mentality” is even more explicit. One of the best-known blockchain-based games is Axie Infinity, which allows players to unlock and earn in-game tokens called Smooth Love Potion. Those tokens can be traded on crypto exchanges or converted into currencies like the US dollar.

In Axie, it isn’t free for players to generate those initial rewards. In order to qualify to "play to earn”, as the mechanic was called, players first had to acquire three NFT "monsters”. At its July 2021 peak, that would have cost nearly US$1,400 (RM6,370), or around US$446 (RM2,029) for each NFT, according to data from NonFungible.

Potential earnings hovered around US$700 (RM3,185) a fortnight. Classic tactics like guilds, used by teams in traditional games such as World of Warcraft to grind for rare assets, emerged in games like Axie. In return for fronting those costs for the so-called scholars to play the game, guild managers would receive a portion of their teams’ crypto earnings indefinitely - sometimes as much as 90%.

In March, hackers stole more than US$600mil (RM2.7bil) from Axie, a major attack that prevented players who relied on the game for income from accessing their earnings. In response, the poster child for the "play-to-earn” gaming model rebranded the category as "play-and-earn” - shifting the focus toward the "fun” of playing, rather than the financial reward.

For game engineers, scepticism of the model is linked to the perception that these games are bad experiences for players. Discussions on platforms like Reddit and Discord are rife with complaints from game developers that blockchain games are less concerned with being high quality or fun to play, and more focused on how much hype their financial assets can generate.

That focus on hype over gaming experience leads to a breach of trust with players, developers say. Studios are also becoming aware of the potential reputational damage they could incur from being involved in crypto without a clear focus, said Catherine Flick, a researcher who is working on a paper about the ethics of NFTs out of De Montfort University in the UK.

Gamers form a sense of "identity” around the publishers they buy from, Flick said.

Mark Venturelli, a game developer whose criticism of these kinds of games went semi-viral in gaming circles, said programmers dislike the focus on NFTs because they are lovers of video games and more tech-savvy than most.

"When you combine these two things, it’s easy to see why they fail to see the appeal of a gimmicky technology that provides nothing of value besides a ‘make money quick’ scheme,” he told Bloomberg in an email.

It’s also hard to compete with rivals inside the blockchain sector if your game isn’t at least fun to play, said Kevin Beauregard, CEO of crypto gaming startup Atmos Labs.

"If people just want to play an economic simulator, then ultimately you’re breaking that competition piece,” he said at the Bloomberg Crypto Summit in July.

In a bid to draw in new talent and players, Sky Mavis, the studio that developed Axie, made the intellectual property for Axie freely available to developers who wanted to build their own games on it. Teams seeking to join the so-called Builders Program receive grants in the game’s crypto tokens, and all payment by players must happen in those cryptocurrencies too.

A portion of any revenue generated by the game must go back to Axie’s treasury to support the economics of the ecosystem. In short, the financial success of a game built on Axie – and its developers’ livelihood – are inseparable from the performance of those tokens.

Phil Spencer, chief executive of Microsoft’s gaming division, said he was cautious about play-to-earn games. "Sometimes, it’s a hammer looking for a nail when these technologies come up,” Spencer told Bloomberg TV in August.

One of the top pitches for investing in NFT development was interoperability, a future scenario that would allow an item bought in one game to be used in another. Players could receive ownership tokens for the items they earned, and so not only make a potential profit from selling that item later, but also take those magic swords and robot costumes with them across different games.

While some of the larger blockchain experiences like Alien Worlds, Decentraland and The Sandbox are trying to harmonise their platforms, most crypto games have struggled to combine incompatible game engines and art styles, competing blockchains, and carefully licensed intellectual property franchises.

At traditional studios, even the development of NFTs that are playable in a single game has not gone smoothly. French publisher Ubisoft cancelled an experiment with an in-game NFT marketplace called Quartz earlier this year after a swift backlash from staff and players.

When Quartz closed, players who bought the NFTs were left with largely useless tokens that have attracted few, if any, bids on secondary-market platforms like Rarible.

A spokesperson for Ubisoft said the studio considered itself in a research and development phase when it comes to digital assets, adding that "both internally and externally, we will keep iterating on the value proposition that web3 tools offer.”

Rival Square Enix launched a collection of art from its blockbuster Final Fantasy franchise last month that came with an NFT to prove its authenticity, following a promise of "aggressive” investment in the space in 2022. Others have stuck to outsourcing the effort via third-party partnerships.

Square Enix, Ubisoft, Sega and Bandai Namco have all signed up to support an external company’s gaming blockchain network.

"It’s a bit of a ‘hedging your bets’ situation, right?” researcher Flick said. "There’s always a possibility that it’s going to fail, and maybe this one, if it doesn’t fail, could be really lucrative.”

Since that acquisition, though, Take-Two has ignored the topic of its ambitions for crypto completely in every subsequent earnings call.

The gaming industry has weathered multiple run-ins with negative press in its short history, from a panic over violence in games that led to the creation of age-based ratings, to more recent concern from regulators over "loot boxes” – virtual purchases that can contain multiple, random and potentially high-value items – as akin to introducing kids to gambling.

"We’re not going to create an economy to enable our enhanced speculative activity,” said Strauss Zelnick, CEO of Take-Two, at a Jefferies conference in January. "Are we going to bleed over into gambling? Well, not unless we’re regulated and honest about it, straightforward. And even then, I’m not sure if it’s here. But we’re certainly not going to like pretend that speculation is entertainment, even if we could make money doing it.” – Bloomberg

Billions stolen each year by Internet, cryptocurrency fraud. How to avoid scams

Cryptoverse: Bleeding bitcoin's holding out for a hero