This sustainable battery is made from crab shells 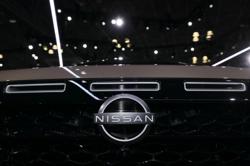 Scientists in the US have succeeded in developing a prototype battery that uses a substance sourced from crab shells to replace lithium. — AFP Relaxnews

Perhaps it’s time to stop throwing out the leftovers when we eat seafood. In fact, the shells of some sea creatures could be used to make the batteries of the future. Scientists in the US have succeeded in developing a battery prototype using a product sourced from crab shells to replace lithium. And the first results seem conclusive.

If someone told you that crabs and batteries have something in common, you’d probably struggle to make the connection. But scientists at the University of Maryland have done just that. They extracted a compound from the shells of these crustaceans to test its potential in replacing the lithium found in batteries powering electronic devices such as smartphones and computers.

ALSO READ: Scientists in Australia say durian has potential to charge devices in the future

The compound in question is chitin (or, more precisely, its derivative chitosan), which is also found in the shells of lobsters and shrimp, as well as in the cell walls of mushrooms, lichen and some insects.

By transforming it into a gel, the researchers behind the study were able to obtain a chitosan gel electrolyte, capable of carrying an electrical charge. The gel was then combined with zinc, which allowed the scientists to develop a prototype renewable battery, which they say has an energy capacity of 99.7% after 1,000 battery cycles.

Mostly made from crab shell residues, this battery – capable of recharging multiple times – is also almost entirely biodegradable. About two thirds of it could be broken down by microbes, say the scientists, and the chitosan electrolyte broke down completely within five months. Only the zinc it contained needed to be recycled.

Another important advantage is that chitosan is easy to obtain. "The most abundant source of chitosan is the exoskeletons of crustaceans, including crabs, shrimps and lobsters, which can be easily obtained from seafood waste. You can find it on your table," says lead author Liangbing Hu, director of the University of Maryland’s Center for Materials Innovation.

If future tests on a larger scale are successful, this new type of battery could be used to store energy from wind and solar sources for transfer to the power grid, the researchers hope.

Because their manufacture requires the extraction of rare metals, batteries for electronic devices represent a major environmental issue. This is why many scientists around the world are looking more equitable and more ecological alternatives to lithium and cobalt. Sand, sodium, silicon, iron and even hemp are currently being explored. – AFP Relaxnews

Northvolt and Stora Enso to develop batteries from forestry byproduct