Study: Two in five workers in Singapore would not accept a job if they cannot work from home

Only 52% of those surveyed said their employers provide them with remote working options. — KUA CHEE SIONG/The Straits Times/ANN

SINGAPORE: Two in five workers in Singapore would not accept a job if they are not able to work from home, according to a recent study.

About 80% of the 1,000 employees surveyed also said that having flexible working hours is important to them, and 41% of the respondents said they would not take up a job if they could not work during the hours that they want.

About one-quarter of the respondents, or 27%, said they have quit a job because it did not provide enough flexibility in terms of working hours and location.

Jaya Dass, managing director at Randstad Singapore and Malaysia, noted that even though flexible working arrangements are important to employees in Singapore, not all firms offer them as an option in the current endemic Covid-19 environment.

Only 52% of those surveyed said their employers provide them with remote working options, and 60% said their jobs have flexible working hours.

“Hence, employees who value the flexibility to decide when and where they want to work may seek to work for other employers that offer these options,” said Jaya.

“Employers who want to retain their employees should consider offering more flexible work models to meet the changing talent expectations that have been brought about and exacerbated by the pandemic,” she added.

The survey also surfaced other sentiments about the local job market. Randstad’s survey is also conducted in other markets around the world, including Australia and Denmark.

Some 41% of the Singapore workers polled said they would rather be unemployed than feel unhappy in their jobs, and slightly over half the respondents, or 52%, said they would quit if their jobs prevented them from enjoying life.

More employers here are implementing flexible work arrangements and other hybrid work perks as Singapore moves towards living with Covid-19. The public service and large corporations are adopting practices such as allowing staff to work from home on some days of the week and staggered working hours.

Flexibility in work arrangements will increasingly be seen as an employee entitlement, if not normalised, he said.

“Those who would not accept a job if they cannot work from home must consider if their demand is reasonable and the work’s context. In a market with more jobs than job seekers, workers can afford to be choosy,” Dr Leong said.

But he cautioned: “The tide can turn when there are more job seekers than jobs.”

Lee Hui Sin, 39, who works as an administrative assistant in the transportation and logistics sector, said that while the option of remote work is not a deal-breaker for her, it has become a greater consideration over the past couple of years and is something that is “always better to have”.

Her employer allows her to work from home twice a week unless there are urgent matters that need to be dealt with on-site.

“I think what’s most important is that your employer or supervisor is willing to be flexible in different situations, such as if you need to take care of your children or parents,” said Lee, who has a five-year-old daughter. – The Straits Times (Singapore)/Asia News Network

Work-from-home access is skewed across US race, education gap 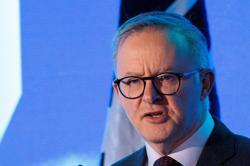 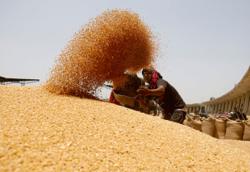