The team at Tsinghua University say the tiny robotic device can wiggle into tiny spaces and be equipped with a camera. The creators say it can even wiggle through oil and adapt to changes in the pipe’s shape. — SCMP

Chinese scientists have developed a tiny wormlike robot that can wiggle into tiny pipes to inspect them with an endoscopic camera.

The Tsinghua University team said the small robot could navigate pipes in aircraft engines and oil refinery machines, even when they were filled with oil. 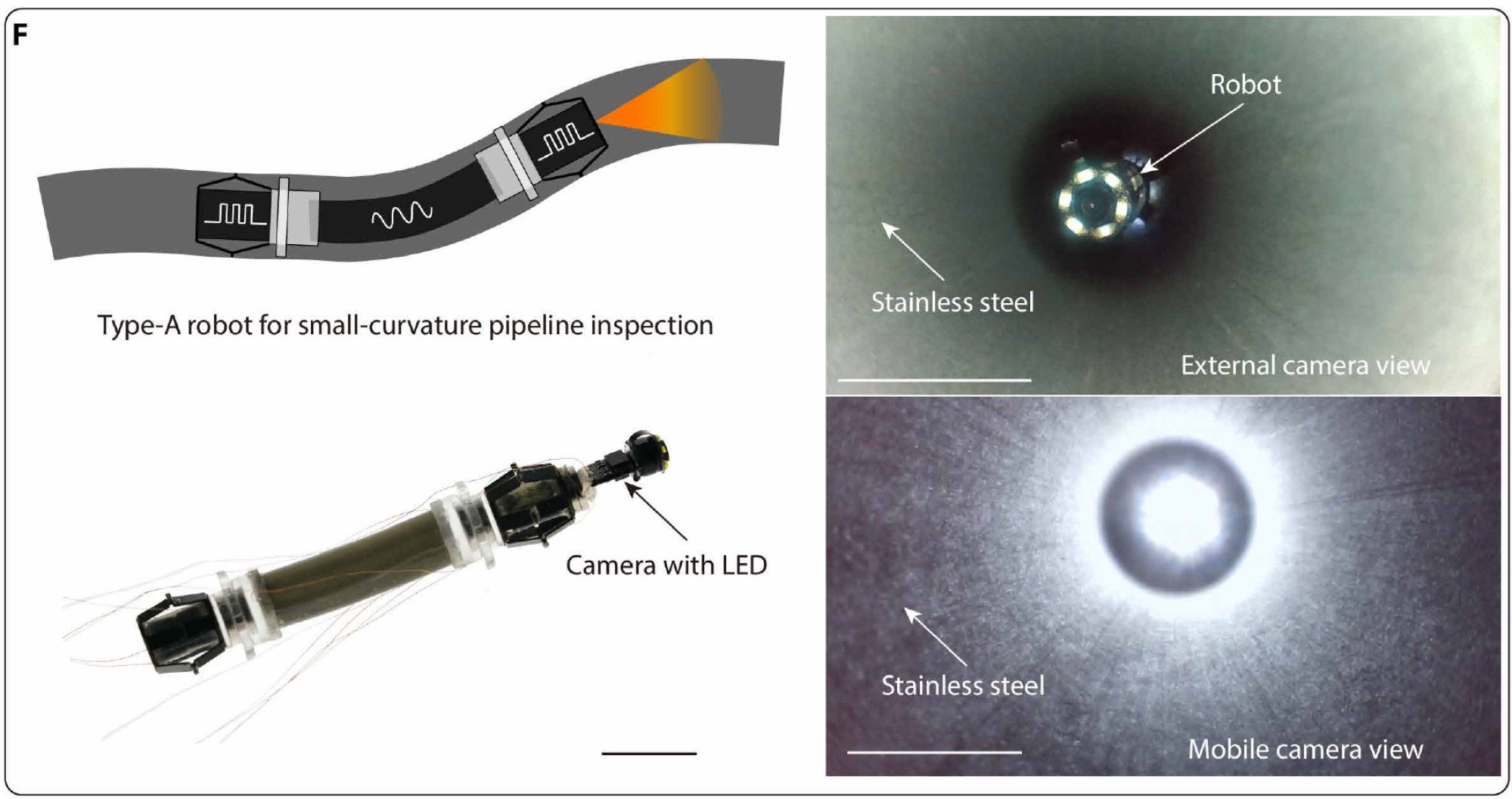 “Our robot was designed with soft, elastic materials, and thus, with enough force applied, it could be bent to different shapes,” the team wrote in an article published in the peer-reviewed journal Science Robotics on Thursday.

Modules of the robot, measuring less than 5cm (2 inches) in length and 1cm in diameter, can be snapped together with magnets to assemble a longer robot, according to the team from the mechanical engineering department.

It can move in pipes smaller than a centimetre (0.4 inches) in diameter and adapt to bends and twists in pipes made from different materials such as glass, metal or carbon fibre.

The team tested the robot in a straight pipe with a diameter of 9.8mm and found it could move at a pace of about one body length per second in both a horizontal and vertical direction.

The team said they hope to further improve the design.

For now, the robot is powered by tethered cables from outside the pipe, “which might cause the problem of large drag force that prevents the robot from going deeper into pipes”, according to the study.

The team said small power supplies or batteries might be installed so that the robot could become “untethered and autonomous”. 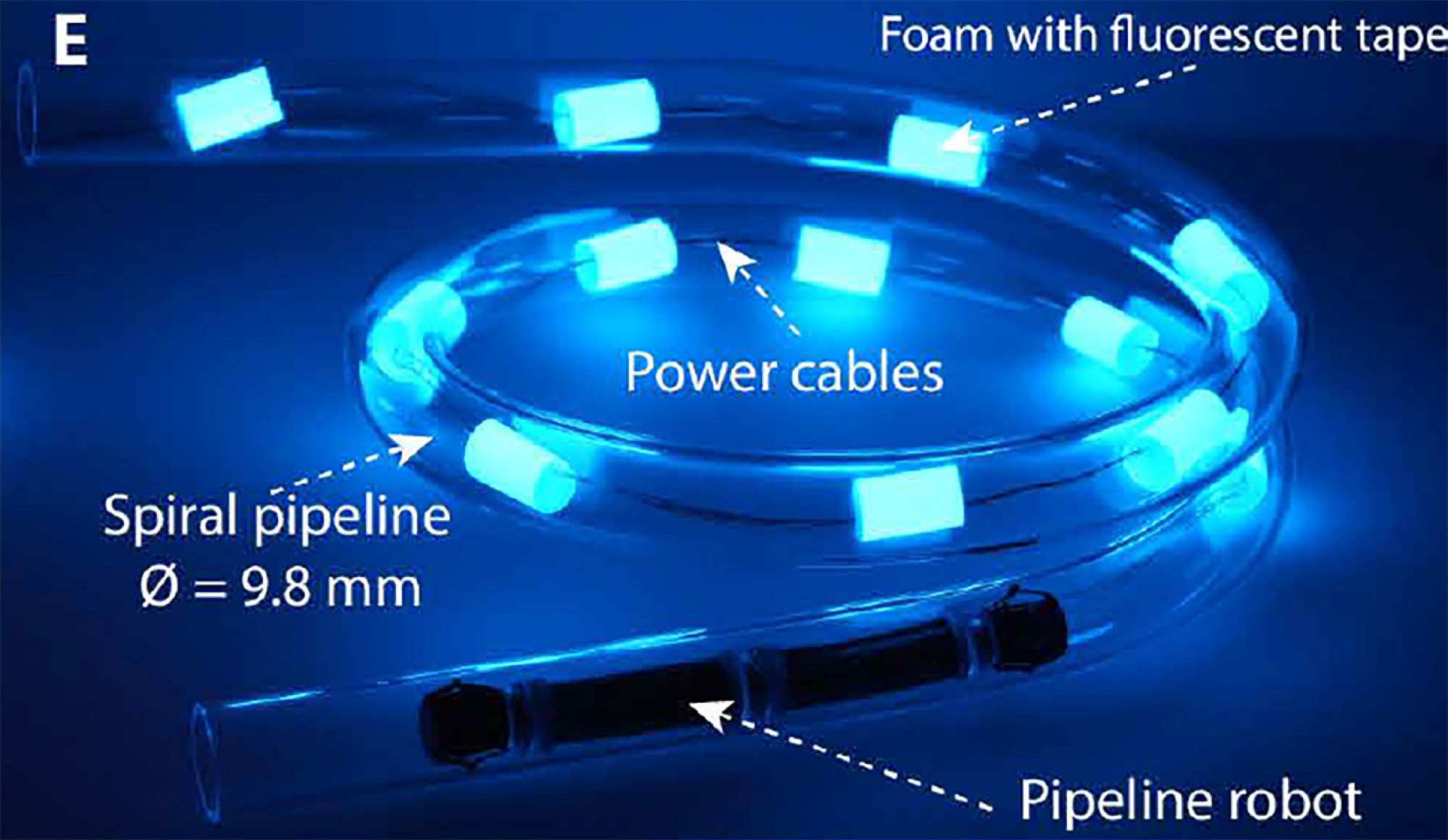 At a slow moving speed, “from the onboard camera view, the detailed topology and texture of the pipe’s inner wall could be clearly monitored and recorded”, according to the study, where the robot was equipped with a camera with an LED at the front.

But images became shaky and blurry when the robot moved rapidly, so “an anti-shake device and a high-speed camera are necessary to obtain clearer images for high-speed pipeline inspection”, the team wrote. – South China Morning Post

Drone swarms can now navigate themselves through thick forest

Don't look now: How a robot's gaze can affect the human brain

After riding in several driverless cars, how does Waymo's latest compare? Elon Musk breaks Twitter silence with photo with Pope
SG cops warn of new phishing scam involving email about purported traffic offence
EV demand is so hot that Tesla owners are flipping their cars like houses
Opinion: Is it fair to capture a couple's PDA on mobile camera?
Searches for 'abortion pills' are spiking in the US. Here's how Google could use your search history against you
Deadly abortion misinformation rings alarm bells for doctors, TikTok
Man accused of buying 39 Teslas via US$45 million scam with apparent false ties to Elon Musk
Dutch uni gets cyber ransom money back – with interest
Google to delete user data on trips to abortion clinics
Ex-Alibaba employee says ex-boss should be charged with rape