The miniature robots were created by embedding small magnetic particles into materials that are harmless to humans. — Photos: NTU SINGAPORE

SINGAPORE: Scientists here have developed robots the size of a grain of rice that can perform complex manoeuvres, paving the way for their possible use in fields such as medicine, including brain surgery.

A research team at Nanyang Technological University (NTU) created the miniature robots by embedding small magnetic particles into materials that are harmless to humans.

The robots can be controlled remotely by an operator when magnetic fields are applied.

Assistant Professor Lum Guo Zhan from the School of Mechanical and Aerospace Engineering (MAE), who is lead author of the study, said the team has achieved a more precise use of magnetic fields to control its robots.

This means that the new robots may be used to reach confined and enclosed spaces currently inaccessible to existing robots.

In laboratory experiments, a jellyfish-inspired robot was able to swim speedily through a tight opening in a barrier when suspended in water.

The demonstration showed that the robots are able to negotiate barriers easily, an ability that is highly desirable for applications such as surgical procedures for difficult-to-reach vital organs. 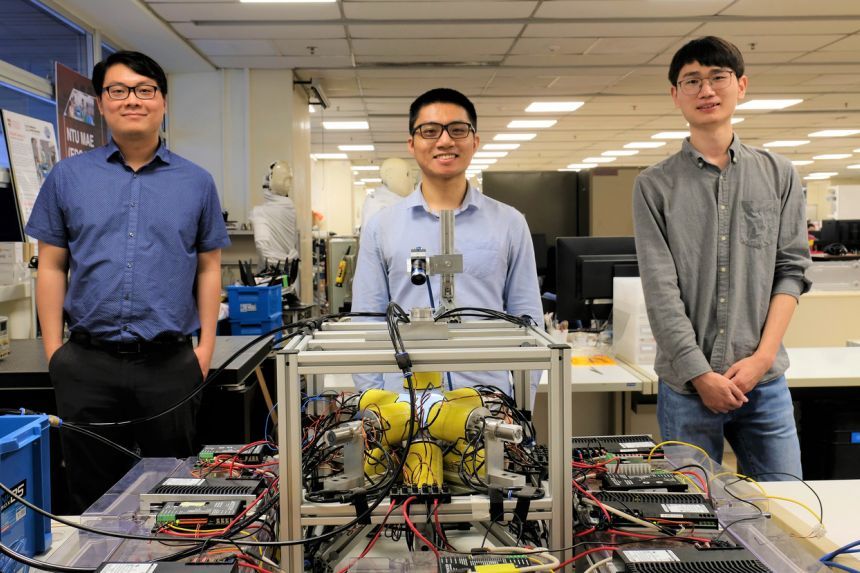 The scientists also tested a gripper robot that was able to assemble a 3D structure in less than five minutes.

This is about 20 times faster than existing miniature robots, they said.

The team said this has potential manufacturing applications as the robots could be used in micro-factories that build microscale devices in future.

The team said that much more work and testing still need to be done before the robots' eventual deployment.

Professor Huajian Gao from the School of MAE, who is not involved in the study, said: “This is a perfect example of how engineering ingenuity rooted in deep scientific understanding helps us develop advanced robotics for the benefit of mankind.

“This research work can have profound impact in many fields ranging from novel surgical methods to small-scale assembly processes in future manufacturing.” – The Straits Times (Singapore)/Asia News Network