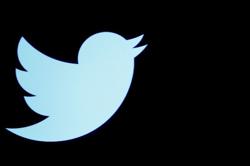 Grubhub’s attempts to drum up buzz for its food-delivery service by offering “free” lunch in New York didn’t exactly generate the kind of publicity the company was hoping for.

On Tuesday, the company offered New Yorkers a “free” lunch, excluding tips and fees, up to the value of US$15 (RM66.04) between 11am and 2pm. The promotion was shared on social media platforms like Instagram and TikTok and should have been a boon for the city’s restaurants, customers, and couriers.

Instead, a surge in orders resulted in delayed – or absent – deliveries as the rapid swell in demand left eateries overwhelmed and delivery workers in short supply. At the lunchtime peak, Grubhub was averaging 6,000 orders a minute, spokesman David Tovar said. By 11.25am there were more than 1,000 reports of issues with its app, according to Downdetector.

“Hangry” customers took to Twitter to complain of orders that arrived late or not at all.

Grubhub, however, called the event “a resounding success”. Tovar said restaurants were given advanced notice of the expected increase in order volume but acknowledged that Grubhub’s projections were still far lower than anticipated. “It wasn’t without its challenges,” he said, adding that more orders were placed on Grubhub’s platform in New York City on Tuesday than at any other time in its history.

The company said fewer than 10% of orders during the promotion’s order window were cancelled and that most orders that were actually delivered made it to customers’ doorsteps in about an hour.

The free lunch snafu in one of Grubhub’s largest markets is the latest setback for the company, which has ramped up efforts to fend of competition from food-delivery rivals DoorDash Inc and Uber Technologies Inc. In March, a partnership with the now-defunct rapid delivery startup Buyk fell through due to Buyk’s inability to secure funding. The deal would have given Grubhub a stake in the competitive quick commerce space and more access to the grocery category.

Grubhub, which is owned by Amsterdam-based JustEatTakeaway.com NV, and its subsidiaries, which include Seamless and Eat24, comprised 14% of US meal delivery consumer spending in April, according to Bloomberg Second Measure.

Grubhub has made a concerted effort to maintain its foothold in New York, such as by increasing the number of advertisements on the subway. The city is one of the remaining strongholds for the company, which has a dwindling national presence compared with Uber and DoorDash. Grubhub’s New York market share in April was about 42%, down from 72% in February 2020, according to Matthew Goodman, senior analyst at research and analytics firm M Science.

Just Eat purchased Grubhub for US$7.3bil (RM32.14bil) in 2020 but the company is already considering a partial or full sale as the American unit struggles to compete with rivals, chief executive officer Jitse Groen told analysts on its latest earnings call.

Despite the operational snafu, Tovar said Grubhub acquired new diners and reactivated existing customers who had been ordering less frequently at a “very low” marketing cost. “It’s a huge win. Today we’re the talk of the town.” – Bloomberg

Latest apps promise fast service in the US but can they deliver?

Report: Malaysians gave over RM50mil in tips on Grab in 2021 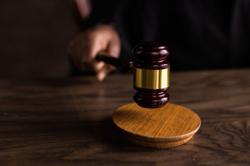