According to a study published in the journal Nature, researchers state that video-conferencing can hinder the generation of creative ideas. In light of these findings, companies are faced with a new challenge: how to foster a creative environment in the age of hybrid work.

So working from home and creativity don’t go together? In a recent study published in the scientific journal Nature, researchers highlight the consequences of videoconferencing on generation of creative ideas among workers.

After conducting a laboratory experiment with 602 people, other field tests were conducted to complement the findings. Nearly 1,490 engineers from a multinational company took part in a series of tests.

What makes people less creative? If videoconferencing “curbs creative idea generation”, as the researchers state from the outset, this could be because participants’ gaze is focused on the screen, and on other individuals, during remote meetings, rather than scanning the surrounding environment, which can be useful for stimulating the mind.

“In-person teams operate in a fully shared physical space, whereas virtual teams inhabit a virtual space that is bounded by the screen in front of each member. Our data suggest that this physical difference in shared space compels virtual communicators to narrow their visual field by concentrating on the screen and filtering out peripheral visual stimuli that are not visible or relevant to their partner,” explain the study authors.

Remote work and creativity, a new challenge for companies?

Since the start of the Covid-19 pandemic, numerous studies have indicated that remote work has no negative impact on productivity and may even increase efficiency.

According to a larger study, conducted by Microsoft, among its 16,000 employees worldwide in 2021, “self-assessed” productivity remained the same or even increased for 82% of the employees surveyed.

However, with the mass roll-out of remote work, the balance between work and personal life has been disrupted, and many employees feel overworked today. Some say they are exhausted. So, how can fatigue be counteracted and creativity maintained?

Indeed, the next challenge for companies could be to give their teams a creative boost. Could they reduce meeting times? Create idea workshops? Better combine the physical with the virtual worlds? These are some of the first ideas mentioned by Etienne Grass, an expert in digital transformation in the public sector, in an article published in French financial newspaper Les Echos.

In any case, today, many companies are requiring workers back in the office between three and four days a week. Large companies, such as banking and technology giants, are already aiming for a full-time return in the next few years, in order to promote collaboration, socialisation and decision-making among their employees. The pre-pandemic world is calling. – AFP Relaxnews

Workers grapple with new stresses as they return to office

Pandemic tempts US technology workers away from Silicon Valley

Study: One or two days in the office is the ‘sweet spot’ of hybrid work 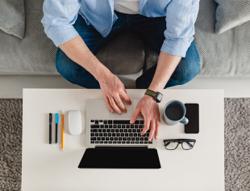 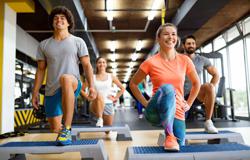