Pandemic tempts US technology workers away from Silicon Valley 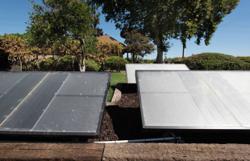 A triangular table in a conference room inside Building 21 at the Microsoft Campus in Redmond, Washington, US. A surge of tech workers are leaving traditional hubs such as San Francisco, Seattle and New York, new data suggests, sparking speculation the pandemic has forced the industry to start edging away from its coastal strongholds. — Bloomberg

WASHINGTON: Peter Mullen was in no doubt that moving from the middle of the United States to California as a teenager was an upgrade. It was not until the Covid-19 pandemic hit that the tech worker began to change his mind.

Confined to his small home and limited by “astronomically” high living costs in Silicon Valley, Mullen decided to return to his childhood hometown of Tulsa, Oklahoma, drawn by an initiative offering US$10,000 (RM43,700) cash and other perks to relocate.

“I felt like I’d been let out of a gulag,” Mullen said of arriving in Tulsa, noting it was full of “awesome people who are incredibly friendly and low-key. And there’s no traffic here – none.”

His eight-year-old son also loves it.

Mullen is among a surge of tech workers leaving traditional hubs such as San Francisco, Seattle and New York, new data suggests, sparking speculation the pandemic has forced the industry to start edging away from its coastal strongholds.

Many people have taken advantages of mass shifts to remote working to move into areas with lower living costs, bringing a boost to local economies but also potentially creating pressure on housing and public facilities.

Tech employment growth in most coastal areas slowed in 2020, found recent research from the Brookings Institution, even as it grew by more than 20% elsewhere – from college towns such as Madison, Wisconsin, to vacation spots like Virginia Beach, Virginia.

Similarly, newly released census data found that New York, Los Angeles and San Francisco had some of the highest population losses last year, with the Census Bureau pointing to “a shift from larger, more populous counties to medium and smaller ones”.

“We’re seeing more remote workers today than before the pandemic, no doubt about it,” said David Ryan, executive director of Salisbury-Wicomico Economic Development, which aims to boost business in the waterfront town of Salisbury, Maryland.

The shift – which Brookings said reflected both tech workers moving and firms setting up outside of traditional hub areas – comes as managers and industry experts debate whether staff should be allowed to work remotely permanently.

Some major tech firms such as Facebook, Twitter and LinkedIn will let many employees work from home long-term, while others such as Google are looking to bring staff back to the office.

The US tech industry employs nearly nine million people and is worth about US$1.8 trillion (RM7.86 trillion) – 9% of the national economy, according to the Computing Technology Industry Association, a trade group.

Yet roughly half of its jobs created between 2015 and 2019 were in just eight metro areas, according to Brookings.

That has increasingly been recognised as a problem, said Mark Muro, a senior fellow who led the Brookings research.

“Tech’s hyper concentration has proved problematic for the country,” he said.

It led to “all kinds of traffic and housing problems” in tech hubs, and also means much of the rest of the country feels “disconnected and therefore suspicious” of the industry, he said.

That insularity has been a frustration for those working to bring tech investment to their areas – or keep local startups.

“Companies could be started here, and then an investor from Silicon Valley would swoop in, make an investment and require them to move,” said Tom Still, president of the Wisconsin Technology Council, an advisory body to state leaders.

“That frustration was real.”

But Still says those days are over, part of a trend speeded up by the pandemic.

In 2021, Wisconsin saw a record US$852mil (RM3.72bil) in angel and venture investments, mostly in health care and information technology – up US$368mil (RM1.60bil) on the previous year, he said.

“The trend lines were pointing toward more decentralisation away from the coasts,” Still said.

“Then along comes Covid, and it accelerated that pace.”

Smaller cities and towns have been unveiling a host of schemes offering incentives from cash to hot tub vouchers, as they aim to tempt businesses and well-paid tech staff to relocate.

Tulsa started trying to lure remote workers to move to the city in 2019, through a philanthropic initiative called Tulsa Remote that offered a stipend, housing assistance, office space and more.

When the pandemic hit, it saw a “huge uptick in applications”, said managing director Justin Harlan.

From 60 people in 2019, the program brought in 350 the following year, then 950 in 2021, he said, about half of them tech workers and especially from San Francisco and New York.

“The sheer volume of people ready to move, and with remote work options, are growing,” Harlan said.

“Priorities are shifting in a way that will benefit cities like Tulsa that have lower costs of living and plenty to do.”

Since Tulsa’s programme began, around 50 similar schemes have launched across the country, Harlan said, particularly amid the pandemic.

An effort in Colorado has since 2018 urged tech workers elsewhere to “pivot your career” there, touting the state capital Denver’s lower housing prices and even the sunshine.

Johnson City, Tennessee, is offering US$500 (RM2,185) toward a new bike among other perks, while an Indiana town is even touting a “grandparents on demand” babysitting service.

But areas aiming to court incomers could yet find themselves victims of their own success, said experts.

“The tech base in Madison has grown so quickly that there are signs of housing pressure, some traffic pressure,” said Still.

Those concerns were echoed by Muro, who also pointed to the public transit and social inclusion issues being experienced in other tech hubs.

“If more smaller places begin to enjoy more of this growth, they’ll need to figure out how to manage it better,” he said. – Thomson Reuters Foundation

Google wants people in office, despite productivity gains at home

Tech giants are embracing remote work. Others may follow 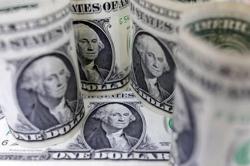