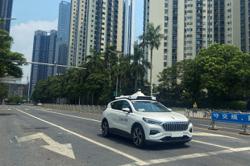 To obtain the precious license, Pony.ai had to pass many rigorous tests. The autonomous vehicles had to complete 24 months of autonomous driving testing in China and at least one million kilometers of testing mileage. — AFP Relaxnews

Pony.ai, a company specialising in artificial intelligence and autonomous vehicles, has now obtained a taxi license to operate its robotaxis in China. This comes as a first for an autonomous driving company in the country, granted after many months of rigorous testing.

For the first time in China, the platform will be able to provide this new travel service. As many as 100 autonomous vehicles will operate in the Nansha district of the Chinese city of Guangdong, covering an area of 800 square kilometers.

In the future, the government's intention is to gradually expand the reach of this new service to other parts of Guangdong. At the end of 2021, the company had already obtained the right to market its robot cab services in a technology development zone in Beijing.

This new service will be accessible via the company’s PonyPilot+ app. The robotaxi will be available from 8.30am to 10.30pm. The prices of trips will be aligned with those charged in the region by traditional cabs.

For now, a safety driver will be present in the cockpit of the autonomous car as a precautionary measure. In the short to medium term, the company plans to remove the driver altogether.

To obtain the precious license, Pony.ai had to pass many rigorous tests. The autonomous vehicles had to complete 24 months of autonomous driving testing in China, and cover at least one million kilometers of testing mileage, including at least 200,000 in the test area in Guangzhou. Last but not least, the vehicles needed not to be responsible for any road accidents.

“The inclusion of autonomous vehicles in the unified and standardised management of taxis proves that both government policy and the public are increasingly accepting robotaxis as a form of everyday transportation, recognizing the ride experience and technical stability of Pony.ai's robotaxi,” said Tiancheng Lou, co-founder and CTO of Pony.ai. Proof of this enthusiasm is that the service counts more than 700,000 trips with a satisfaction rate close to perfection, at 4.9 stars out of 5.

In the future, the Chinese company's goal is to achieve the mass commercialization of its autonomous cabs between 2024 and 2025. – AFP Relaxnews

Britain gears up to watch TV in self-driving cars

Tesla Autopilot stirs US alarm as ‘disaster waiting to happen’ 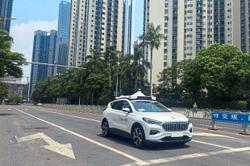 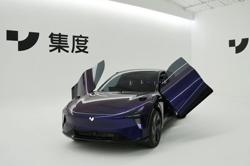