By Che Pan and Yaling Jiang

Baidu’s Wei Dong says the company is working with regulators to amend regulations to allow robotaxis on the streets without someone behind the wheel. The Internet search giant sees this as key to the commercial viability of robotaxis, which Baidu offers at a steep discount in select pilot zones around China. — SCMP

Nine years after Baidu started researching autonomous driving, the Internet search and artificial intelligence giant says its self-driving cars are ready for a broader roll-out across China and can ditch human drivers altogether.

“We aim to run fully driverless robotaxis if the government gives permission, because this is the end game,” said Wei Dong, chief security operations officer at Baidu’s Intelligent Driving Group.

Under ideal conditions, it can certainly feel like these cars are ready for the average consumer. At 1pm on Monday afternoon, it took less than three minutes for one of Baidu’s Apollo cars to pull up after being hailed from the company’s dedicated robotaxi app. That is as fast as any response from drivers on Didi Chuxing, China’s leading ride-hailing platform. The drive was also smooth, with only a few interventions from the human driver at the start and end of the ride.

However, this was during off-peak hours in a 10 sq km space in Yizhuang, a 225 sq km industrial development area on the southeastern outskirts of Beijing. The area is home to one of China’s primary pilot zones for autonomous driving, where visitors can see roads bustling with self-driving vehicles from the likes of Baidu and Pony.ai, making it emblematic of the country’s efforts in the technology that tech giants are betting on to transform the future of transport.

The race to eke out an edge in autonomous driving has involved billions of dollars and many years of research and development in hardware and software solutions from companies that include those dedicated to such technology like WeRide and AutoX. These companies remain upbeat about the tech’s prospects, with all saying they have achieved level 4 (L4) autonomous driving, one notch below fully driverless L5 automation.

Many of these companies have also been trialling their self-driving cars in major cities across China for years, but Baidu’s autonomous driving unit leads the pack in terms of robotaxi fleet size, Wei said during Baidu’s Apollo Day event on Tuesday at Apollo Park in Yizhuang.

Despite the hype and the technology’s promise, though, regulations have yet to catch up in much of the world, including China. In Yizhuang, self-driving cars are only permitted to travel at a maximum speed of 60km/h (37mph). Most cities also limit robotaxis to specific geo-fenced areas and require they be accompanied by a human driver to intervene in case something goes wrong.

Wei said Baidu is already working with authorities to change these regulations. The top concern for the government, according to Wei, is the huge changes required to the regulatory framework.

“The challenge, for instance, is how a police officer should handle an accident when there is no driver in the car,” he said.

The legal implications of L5 vehicles on open roads could take a while to figure out, according to Ian Wang, a partner at DeHeng Law Offices.

“The process of amending current traffic laws and regulations would take a very long time if it involves legislative bodies at different levels and requires collaboration among ministries,” Wang said.

Given the challenges, some people do not believe that L5 robotaxis are the future of autonomous driving. Su Qing, the former director of Huawei’s smart driving department, said last July that he would never work on robotaxis because they require solutions to so-called corner cases, or problems that emerge outside specific operating parameters. These challenges today are primarily handled by human drivers at the wheel.

This makes it easy to operate existing self-driving cars in spacious pilot zones like Yizhuang and Shanghai’s Jiading. Broad commercialisation is a more challenging matter, according to Zhang Yong, an autonomous driving engineer at a Shanghai-based robotaxi firm who spoke under a pseudonym because his views do not align with those of his company.

“There are four modules involved in autonomous driving: sensoring, prediction, decision-making, and motion control,” Zhang said. “There remain technical difficulties to be resolved in each link.”

Widespread L4 driving is a more realistic goal, which Zhang said could become a reality in 2024 or 2025

Baidu got its first licenses to start charging for robotaxi rides in March 2021. The company’s robotaxi orders reached 214,000 in the fourth quarter last year, up from 115,000 in the previous quarter, Baidu’s Wei said. 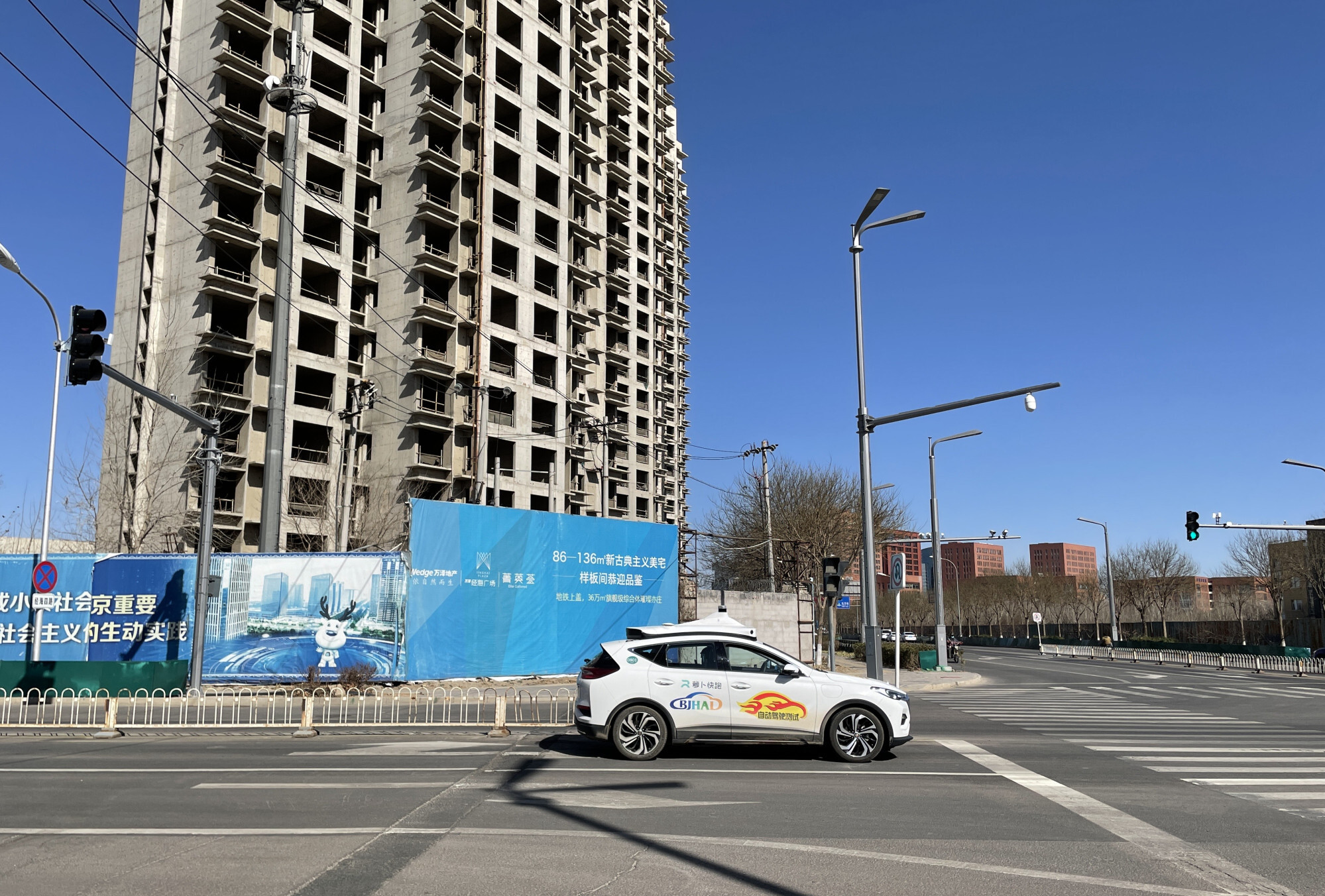 Since the limitations on robotaxis make them less convenient than traditional ride-hailing options, Baidu offers a discount of about 90% for each ride. Two rides taken by a South China Morning Post reporter on Monday cost about 3.4 yuan (RM2.25) to travel four to five kilometres, instead of the 34 yuan (RM22) that it would have cost otherwise. One driver said the cheap prices are one of the biggest reasons people hail Apollo cars, which are mostly used by local workers travelling between their offices and subway stations.

For Baidu, the necessity of low prices adds another limitation to its robotaxis: commercial viability.

Wei said that the operating efficiency of his company’s robotaxis was close to that of a traditional ride-hailing service. However, robotaxi operations can only be commercially significant when the safety driver is allowed to be removed, he added.

“To compete with Didi, passengers need to feel safe, so I believe that they need to test these cars with more miles,” he said.

“I don’t believe any company is ready right now to say they have a lower accident rate than a human driver in complex, real-world driving cases.” – South China Morning Post