Can an app help the homeless? 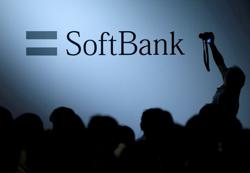 Arizona State University students are learning how to create prototypes for applications that connect people with housing, food and health resources. — Photo by Ilya Pavlov on Unsplash

How can a mobile app make life better for a person with no home? That question is driving an Arizona State University course that teaches students how to code and address different challenges faced by the homeless population.

The 15-week course, dubbed “Coding for a Social Good”, was launched over the spring by the Watts College of Public Service and Community Solutions. In the course, students learn how to create prototypes for applications that connect people with housing, food and health resources.

Chris Hayter, an associate professor and co-instructor, said the course began with students identifying and researching “subchallenges” associated with homelessness. From there, the class designed applications that can direct individuals to the closest public restrooms and places where they can find help with food insecurity, among other needs reported by homeless individuals in the Phoenix area.

“Their solution had to manifest in the app, and in order to do that, they had to zero in on specific aspects of homelessness,” he said. “They need to have their problem defined and present their initial solution within three to four weeks.”

“We spent several weeks of our course throughout the entire 15-week semester in the field,” she said. “By working with community partners and individuals experiencing the subproblems students identified, they came up with an initial idea, got feedback from community partners and moved forward into what we call a proof-of-concept workshop, where they’re building out the framework of their idea and creating a dummy user interface for their app.”

Two teams of students were chosen to continue development of their app prototypes over the summer following the course’s conclusion, according to Borman.

One group created a tool called USource, which aims to help low-income students find affordable housing, health care and financial aid resources. The other group developed a program called Periaid that helps users locate menstrual products, which can be hard to find for homeless and indigent communities.

“They’ve spent the summer actually working on coding their prototype,” Borman said. “They’re in the process of continuing to iterate and build off their work. Hopefully, in the coming months, we’ll see the first versions.”

The course taught students with little to no programming experience about the ins and outs of rudimentary coding. Students who have used Swift Playgrounds, known as Swift junior programmers, assisted those with no knowledge.

“Swift Playgrounds gave us a good intro into coding and computing,” said undergraduate Huong Dang in a news release. “Having this base knowledge of the coding language has helped us work with the Swift junior programmer to code and develop our app.”

Hayter said the overall goal of the course is to combine elements of social entrepreneurship with coding and to bring together students from different fields, from computer science to engineering to business, to solve community problems.

“We weren’t trying to create coders per se,” Hayter said. “We want these individuals to be good teammates who can work with coders and understand the overall process of value creation in the social context.” – Government Technology/Tribune News Service 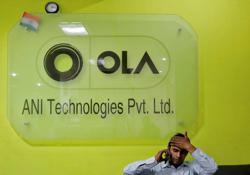