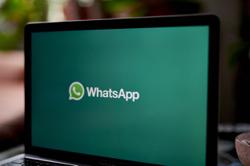 By beating out competitors to rapidly grow its user base, Facebook’s "family of apps” - Facebook, Instagram, Facebook Messenger and WhatsApp - has amassed a reported more than 3.5 billion active monthly users. In return, the company should make every effort to ensure continuity of WhatsApp, which has been connecting billions of users, many mired in precarious life conditions. — Reuters

WhatsApp has become a lifeline for humanitarian aid and preserving ties between families torn asunder — making this month's hours-long shutdown of the app, alongside other Facebook products, more than a mere inconvenience.

Among Lebanon’s Syrian refugee households in 2017, 84% used WhatsApp to relay their needs to international organisations. The United Nations Development Program notes that real-time data shared by immigrants through the app is invaluable in bringing humanitarian aid to those in crisis, allowing continued communication between WhatsApp contacts after border crossings and with new phone numbers. Notices of safe zones or food and aid distribution points are shared rapidly.

When Facebook acquired WhatsApp for US$19bil (RM79bil) in 2014, it knew the dollar-making potential of the messaging app. Antitrust lawsuits filed last December by the Federal Trade Commission and 48 attorneys general allege that the social network bought the app as part of a strategy to knock out threats to its monopoly. What Facebook has since neglected is the public service that WhatsApp provides to its over two billion international users.

WhatsApp became a go-to communication mode worldwide in part due to its founders’ commitment to user privacy (which is also in jeopardy). As the reach of this cross-messengering mobile platform extends, so does Facebook’s responsibility to ensure it provides reliable, secure and uninterrupted service.

When a private telecommunications service provider performs what amounts to a critical public function, as is the case with WhatsApp, it should owe a duty of care to operate for the benefit of the public rather than purely for profit. Precedent for this exists in Federal Communications Commission rules applying privacy requirements of the 1934 Communications Act to broadband and other telecommunications service providers. While Facebook is not a public utility, California has recognised the need for backup plans in the communications marketplace: As of 2020, the California Public Utilities Commission required cell towers to have 72 hours of backup power in emergency situations, including electricity shutoffs during fire seasons.

By beating out competitors to rapidly grow its user base, Facebook’s “family of apps” — Facebook, Instagram, Facebook Messenger and WhatsApp — has amassed a reported more than 3.5 billion active monthly users.

In return, the company should make every effort to ensure continuity of WhatsApp, which has been connecting billions of users, many mired in precarious life conditions.

For both users and anyone who cares about communication access, it’s maddening to know that Facebook could have avoided the massive Oct 4 outage that crippled WhatsApp, Instagram, Messenger and Oculus, its virtual reality arm. Facebook engineers reported in an update last week that “a faulty configuration change on our end” to “backbone routers that coordinate network traffic between our data centres” disrupted communication and halted services.

There is a fix: Facebook should decentralise its Internet technology architecture and put in place fallbacks and redundancies. The company’s Domain Name System servers — the DNS is often referred to as the “phonebook of the Internet” for giving users access to online information — were all within their own network. Had Facebook kept some of these servers in the cloud through an external DNS provider, they could have been easily accessed when internal ones locked out technicians. And instead of their “global control plane” — one management point for all of Facebook’s global resources — localised control planes could have allowed apps to work in different corners of the globe while some were offline.

If Facebook fails to rise to the occasion on its own, the FCC and FTC should jointly enact rules to hold the business accountable for avoidable service lapses. Congress should not stand in their way.

A different remedy, many may suggest, is for users to simply go elsewhere and switch to other apps. But WhatsApp has already become a crucial public service. And leaders in other countries are recognising that the private sector owes a responsibility to the public in comparable human rights situations. The French National Assembly in 2017, for example, adopted a corporate “duty of vigilance” law. It makes it compulsory for large French companies to create a diligence plan listing measures to identify and prevent human rights and environmental risks associated with their activities. The law builds on standard due diligence requirements in the UN Guiding Principles on Business and Human Rights.

Averting future shutdowns that impact vulnerable communities, in things such as accessing humanitarian aid, should be built into Facebook’s cost of doing business.

Facebook is staring down intense scrutiny. After sharing that the company resisted changes to make the platform less divisive, whistleblower Frances Haugen recently said Facebook has repeatedly shown it operates for “profit over safety.” It already chased away millions of users this past January by updating WhatsApp’s terms of service in a way that concerned users around their privacy protections, which the FTC required Facebook to preserve when it acquired the app.

At this juncture, the company itself — or more likely, government regulation — needs to change course to protect democratic communication around the world. – Los Angeles Times/Tribune News Service

Facebook apologizes for second outage in a week, services back up