By Phoebe Zhang and Guo Rui Millions of people in Zhengzhou just discovered how reliant they had become on the Internet after major flooding killed service, as well as electricity, across the city.

The floods in the provincial capital of the central Chinese province Henan killed 69 people and forced the relocation of hundreds of thousands of people.

When the flooding subsided, millions of people in Zhengzhou struggled with basic communication, transport, buying food and even keeping people alive. 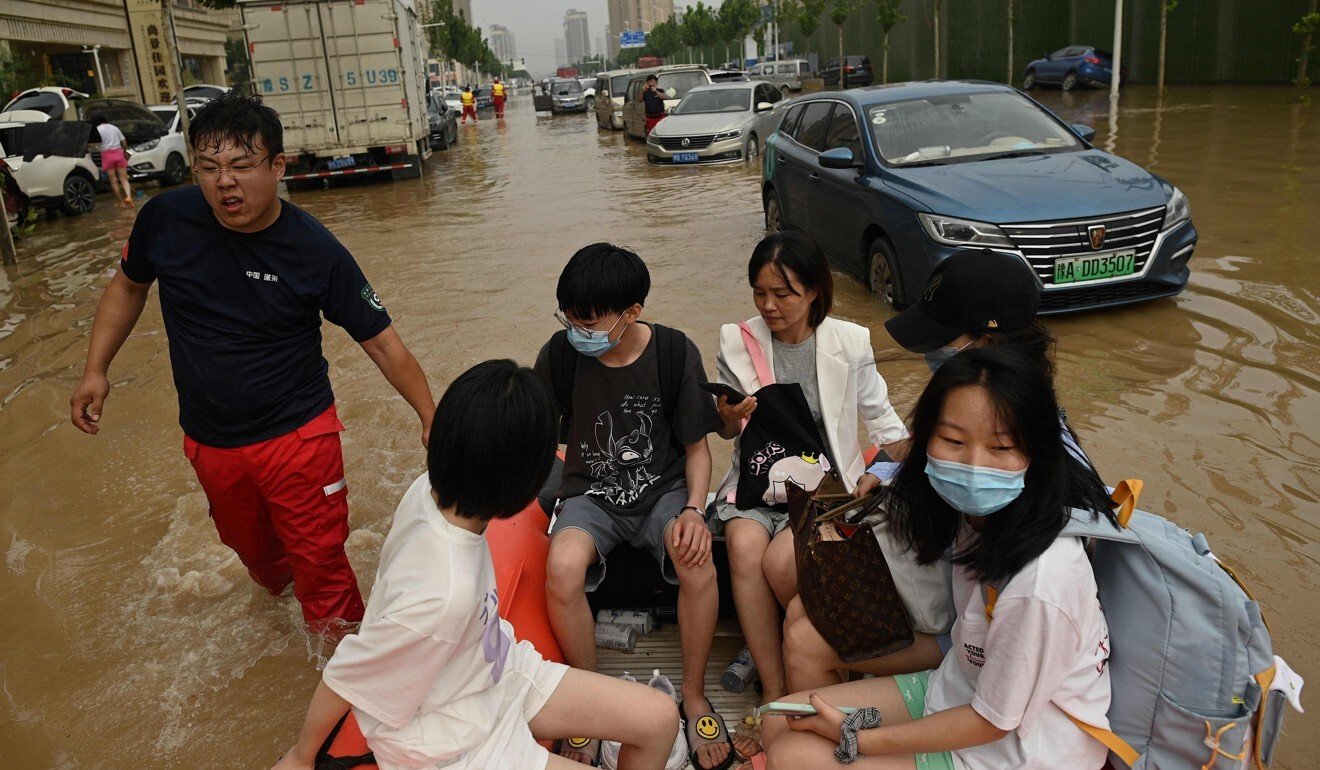 Over the past decades, China has transformed many of its urban centres into full-scale “smart cities”, and digitalisation has seeped into every part of life. The vast majority of people use their smartphones to buy goods, hail taxis, make hospital appointments, commute on subway trains and pay for their utilities.

When Zhengzhou lost its power and Internet, the public suddenly found themselves thrown into a “digital dark age”.

For some, it was an inconvenience, but for others, it became a matter of life and death.

A doctor, who wished to be identified by his surnamed Wang, who works at the accident and emergency of the First Affiliated Hospital of Zhengzhou University, said as the power went out, so did the ICU life support equipment.

Lifts in hospital building had stopped working and Wang, along with volunteers and firefighters, carried the ICU beds, with the patients still in them, down 20 floors to the transport vehicles.

“Those patients could not get out of bed,” he said. “We had to carry everything.”

Across the city, a woman named Qinwen found herself cut off from her electricity and Internet. With no broadband, it suddenly became impossible to call or message her friends and family to tell them that she was safe.

She wandered around the city, found a place on the street with a sporadic signal and made a few calls. Later, when her phone died, she could not find a working socket.

During a brief moment of Internet connection on Wednesday afternoon, a friend asked Qinwen on WeChat, “Is it still raining? Do not go wandering around. Did your flat get flooded?”

She tried to reply: “I just do not have cellphone signal and electricity, no flood.” A red exclamation mark appeared next to the message, indicating it hadn’t gone through.

Gradually, Qinwen found out the inconvenience had seeped into every corner of her life.

In a story that may become humorous in hindsight, Qinqwen went to work the second morning following the floods. When she reached her office, she learned that the company was closed due to the extreme weather. But without the Internet, she never got the message. 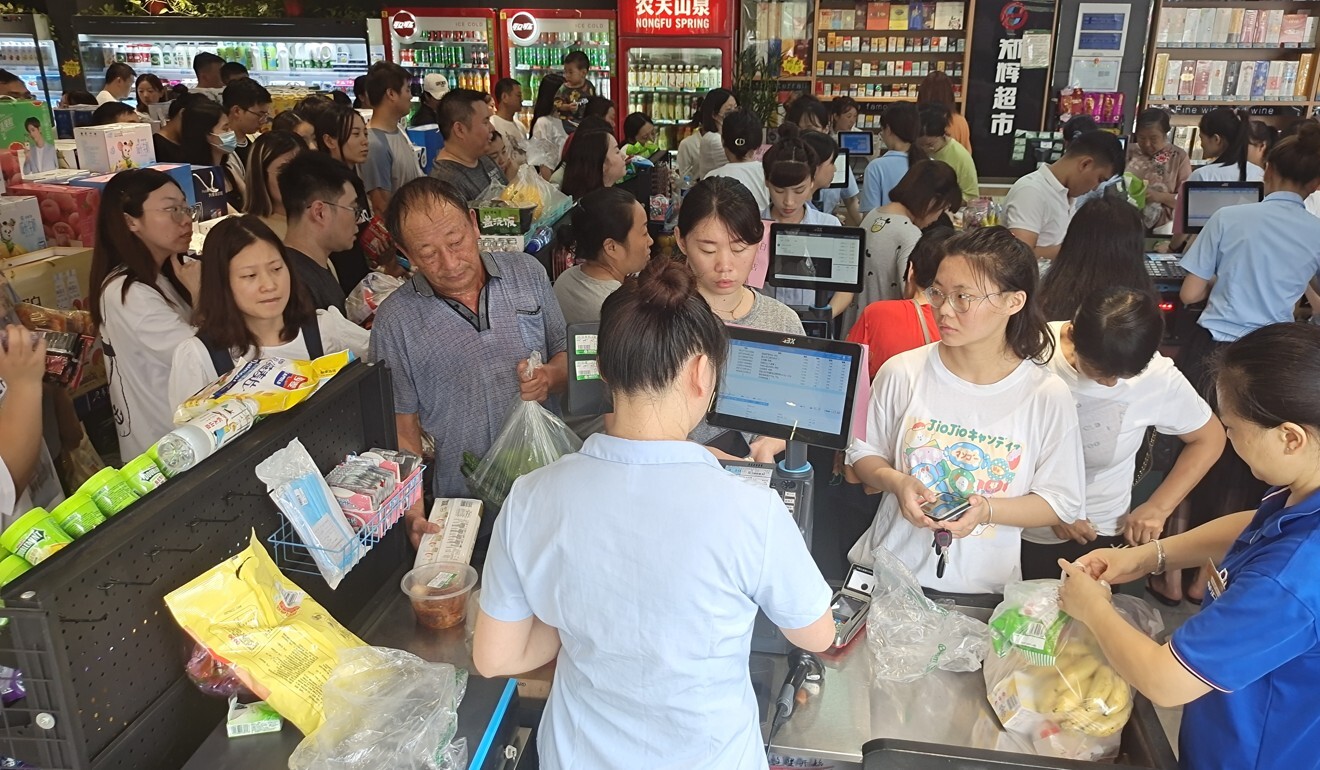 When she went to the supermarket, she could not pay with her phone and did not have any cash. Typically, it is uncommon for the average urban Chinese citizen to carry a credit card or cash with them.

“Without the Internet, my phone has turned into a brick that glows,” she said.

Across the city, others lined up at grocery stores and opened tabs, leaving their phone numbers and promises that they would come back to settle the debt.

Transport was down as well. Tencent News reported that ride-hailing apps halted services in Zhengzhou due to safety concerns. The few taxis that still run on the streets ask people to pay upfront with cash.

“When I use up all my electricity, I don’t even know where I can recharge,” a driver said. According to the report, Zhengzhou had switched more than 80% of its taxis to electric engines. 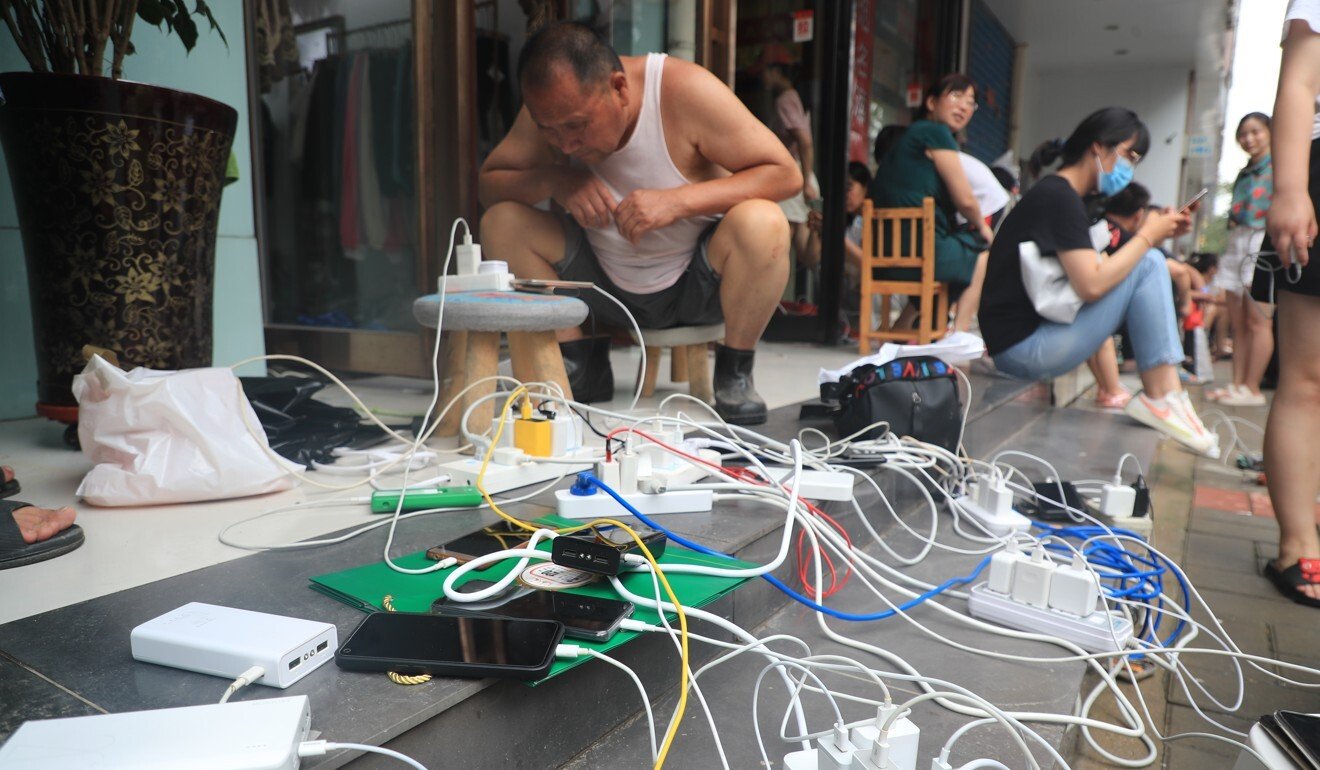 Others went on an active hunt for modernity.

Zhao Keluo, a director of an accounting firm in Zhengzhou, said that, after buying food and water on credit, he climbed 19 floors to discover that his flat still had no water or electricity.

Over the next couple of days, he became a vagabond in his own city, searching for random places with electricity or the Internet.

Sometimes Zhao went to a teahouse his friend owned and on other occasions a hotel lobby with the Internet, water, and intermittent electricity.

“I drove my car around, just to check if there were any place I could recharge my phone or any hotel that was not full,” he said.

Qinwen’s Internet and power came back late Thursday night. She felt grateful that people were working that late to restore her modern comforts.

Others felt this was a wake-up call to be prepared for disasters in the future.

“After seeing what happened in Zhengzhou, I added ‘portable power bank’ to my survival list,” one person wrote on Weibo.

They included a list of 20 other survival necessities, including canned food, a first aid kit, walkie-talkies, cash and even gold bricks. – South China Morning Post 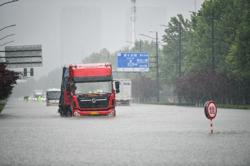