The rush of donations comes as China’s tech companies are under scrutiny for putting profit ahead of social responsibility. Video clips of muddy water washing away cars and people on the streets of Zhengzhou, a city of 10 million, went viral on Chinese social media on Wednesday. — SCMP

China’s largest tech companies, including Alibaba Group Holding and Tencent Holdings, are rushing to announce donations amounting to almost 1bil yuan (US$154mil or RM654.43mil) to flood relief efforts in central Henan province where heavy rains have killed at least 12 in the capital city of Zhengzhou and displaced over 100,000 throughout the province.

Alibaba, the owner of the South China Morning Post, has announced a 100mil yuan (US$15.4mil or RM65.44mil) donation to Henan. Its payment affiliate Ant Group will also donate 100mil yuan (RM65.44mil) while founder Jack Ma’s foundation said it will give 50mil yuan (RM32.72mil).

The rush of donations by China’s Big Tech, along with multiple corporate initiatives to help people and business in the flood-hit areas, come as the country’s technology firms are under scrutiny by both Beijing and society at large for putting profits before social responsibility.

Video clips of muddy water washing away cars and people on the streets of Zhengzhou, a city of 10 million, went viral on Chinese social media on Wednesday. Twelve of the 13 officially confirmed deaths were passengers trapped on the subway when floodwater poured into the underground tunnel. – South China Morning Post 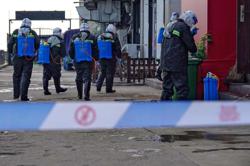