Tikked off: An app that’s easy to hate

While there are mostly mindless and harmless videos on TikTok, there’s plenty more dangerous ones that are mimicked by kids who haven’t yet mastered self-control, wariness or common sense. — Photo by Solen Feyissa on Unsplash

We geezers love to hate new social media, and TikTok, where kids post short videos of themselves, is the latest thing to despise.

When I say geezers in relation to new social media trends I mean any of us over age 35. That’s the age when the hatred factor for TikTok rises dramatically, according to surveys done by PCMag.

TikTok has a tendency to not only make you hate the platform, but to begin hating the teens and preteens who dominate it. At least the ones who’ve vaulted to fabulous wealth for doing nothing more than posting a video of their dancing at home, lip-syncing or putting on eye liner with a toothbrush.

A girl named Charli D’Amelio put up a dance video in 2019, got 100,000 followers and then millions. She now has 118 million TikTok devotees and has amassed US$8 million in the process.

I know we shouldn’t begrudge someone for their wealth, but still. I’ve busted more than one good dance move at wedding receptions and got zilch for it, except mocking from my grandkids.

While there are mostly mindless and harmless videos on TikTok, there’s plenty more dangerous ones that are mimicked by kids who haven’t yet mastered self-control, wariness or common sense.

There are endless “challenge” videos on TikTok that dare people to do things.

There was the Halloween DIY vampire fangs challenge, where people used Superglue to attach the fangs to their real teeth. (When alerted to the trend some killjoy dentists advised against putting a poisonous glue that can’t be removed in your mouth.)

Homemade facial concoctions abound, some that cause burns, infections and scarring.

There was the Benadryl challenge where people take enough of it to hallucinate, which led to the death of one 15-year-old.

There are many things I’m not proud of, but one of the things I am is that I’ve spent no more than 10 minutes watching the TV show Big Brother during the 20 years the vapid reality show has been running. So it didn’t surprise me that one of the great TikTok challenge fails was by a former Big Brother star named Tilly Whitfield.

The 21-year-old decided to try one of the many “makeup challenges” on TikTok and proceeded to try to give herself freckles by doing self acupuncture. After pushing a needle in all over her face the not unexpected infections, swelling and eventually scarring set in.

She ended up hospitalised and temporarily lost vision in one eye.

One of the latest TikTok trends is taking a Mr. Clean Magic Eraser and using it to whiten your teeth, a fad that quickly led doctors to confirm that, no, it’s not safe to put powerful household cleaners – including the formaldehyde in Magic Eraser – in your mouth.

But you need no high-minded reasons to loathe the platform. It’s easy to despise just for what it is.

Like all newer Internet trends, there’s ongoing debate whether TikTok will be a trend that fades like so many others before it, or whether it will only grow and prosper.

Only the tick-tock of time will tell. – The Free Press, Mankato, Minnesota/Tribune News Service

Why TikTok is rolling out longer videos 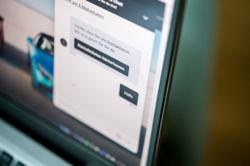