By Douglas Busvine and Nadine Schimroszik BERLIN (Reuters) -Delivery Hero, the food delivery company that spans more than 50 countries, is relaunching operations in its home city of Berlin as a first step towards winning back the German market it quit over two years ago.

The 10-year-old e-commerce company, a constituent of Germany's DAX blue-chip index, is going back to its roots after a growth spurt in Asia culminated in its recent $6.9 billion takeover of South Korea's Woowa.

In the view of Chief Executive Niklas Oestberg, the German market has lagged Delivery Hero's own development while it was away, opening up an opportunity to win it back.

"We felt that over the last two years that the service in Germany has not got any better – sometimes even a little bit worse," Oestberg told Reuters on Wednesday. "We felt like our service has become very, very good."

Delivery Hero will start in June with the soft launch in Berlin of its foodpanda brand that is best known in Asia, promising delivery times of as little as seven minutes to customers who order on its smartphone app.

It will follow in August with a broader rollout across German cities of restaurant food delivery and quick commerce served by its own network of local warehouses and shops.

"We might have a product good enough for challenging for number one (spot) in the very long term – that's our logic," the 40-year-old Swede said in an interview.

JET's CEO, Jitse Groen, wasted no time in hitting back at Delivery Hero: "Competition makes us stronger," he said in a tweet https://twitter.com/jitsegroen/status/1392358830395248644?s=20. "We have defeated them in Holland, the UK, Poland, Ireland and Germany, and will gladly do so again."

Just Eat Takeaway's local food delivery brand Lieferando said it was upgrading into a "super-app" through which its 12 million users in Germany would be able to order from supermarket partners.

Investors were less upbeat about the prospect of a second bout of cut-throat competition, sending shares in both companies down by more than 3%.

Delivery Hero's return to Germany coincides with a furious boom in rapid delivery, pitting it against startups such as Berlin-based Gorillas that are growing fast and attracting lavish backing from venture capital investors.

Delivery Hero is already active in the quick commerce market, running 600 of its own Dmarts - or delivery-only supermarkets - and processing more than 400,000 orders a day worldwide last month.

And, although margins in Delivery Hero's quick commerce division are deeply negative, Oestberg said he could see a way to compete against supermarket chains that have to bear higher overheads and chart a path to profit.

He said he would not be drawn into a race, adding that his goal was for Delivery Hero's Berlin-based team to come up with the best product, rather than splurging on promotions to buy market share.

"I would be super-super happy if people come back and say: I love this service - this is so much better than anything I've ever had before," Oestberg said when asked how the German operation would look in a year's time. 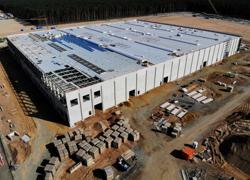 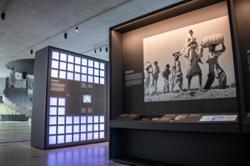