According to the company, the site had more than 52 million daily active users in the fourth quarter of 2020. — AFP Relaxnews

Problem reports for Reddit began to spike just before 2pm ET, according to uptime-tracking service DownDetector.com. More than 40,000 users in the US alone had submitted error reports to DownDetector. Users in other countries, including Canada, the UK, Australia, Germany, Sweden and Japan, also were reporting technical problems. By 3pm ET, user problem reports had mostly subsided.

Earlier, error messages on reddit.com told visitors, "Sorry, we couldn't load posts for this page." The site's search function was not working, either. While some users saw blank pages, others saw slow load times.

According to a message posted to its status page at 1.56pm ET, Reddit said the site had "elevated error rates" and that "We are currently investigating this issue". About 45 minutes later, the Reddit status page said, "The issue has been identified and a fix is being implemented." A Reddit spokesperson confirmed the site was "dealing with a disruption" and said the most up-to-date info was being shared on the status page, which at 3:34 p.m. ET posted that the problem was resolved.

According to the company, the site had more than 52 million daily active users in the fourth quarter of 2020.

Reddit was founded in 2005 and acquired by Conde Nast in 2006. In 2011, Conde Nast spun out the site; Advance Publications, parent of Conde Nast, retains a minority stake in Reddit. The company is eyeing an IPO after hiring its first-ever CFO, Drew Vollero, who shepherded Snap's initial public offering in 2017.

Like other social platforms, Reddit has struggled in dealing with harassment and hate speech over the years. In June 2020, the company officially banned hate speech and disabled about 2,000 subreddits, including r/The_Donald, a pro-Donald Trump forum notorious for racist, misogynistic, anti-Islam and anti-Semitic posts. And this January, after the attack on the US Capitol by a pro-Trump mob, Reddit banned the r/donaldtrump subreddit after "repeated" violations of the site's policy against inciting violence. – Variety/Reuters 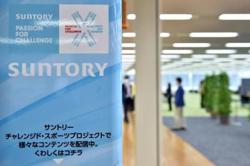