A woman in China claims her Tesla’s brakes malfunctioned, causing her car to crash. The company denies this and said the car was speeding, but has refused to release all of the car’s data from the crash. — SCMP

A woman was detained after dramatically climbing onto a car and shouting about Tesla vehicle malfunctions at a car show in China on April 19.

Video on Chinese social media showed the woman at the Shanghai Auto Show 2021 standing on a Tesla sedan wearing a white T-shirt marked with Chinese characters reading “brake malfunction” and a Tesla logo. She can be heard shouting: “Tesla brake malfunctioned!” for several minutes before being dragged away by security guards.

Shanghai police said on April 20 that the 32-year-old woman, surnamed Zhang, was put under a five-day detention order for disturbing public order. Another woman who was with her at the protest surnamed Li received a warning from the police. 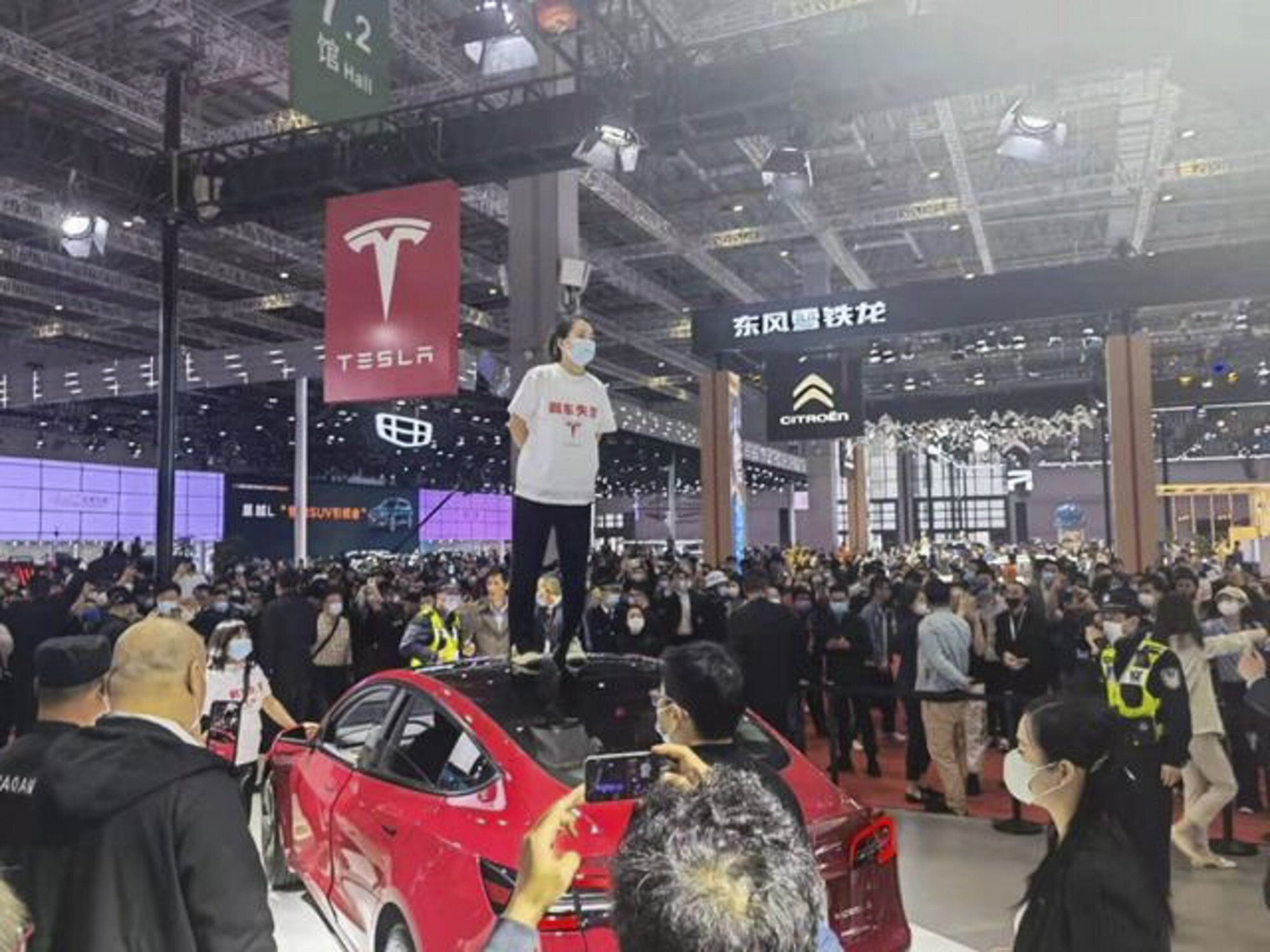 According to state media outlet Xinhua there have been dozens of reported incidents involving Tesla cars such as malfunctioning brakes and batteries catching on fire while driving.

The accident happened on Feb 21, while the car was being driven on a highway by Zhang’s father.

She said while the car was approaching an intersection, her father, who had 30 years of driving experience, yelled “the brake doesn’t work”. The car collided with two cars stopped at a traffic light before crashing into a cement barrier, Zhang said.

Zhang’s father and the other three passengers – Zhang, her mother and her niece – were not injured in the accident.

“When the accident occurred, the car’s system didn’t alert us,” she was quoted as saying on Henan TV.

She said that a local Tesla store provided her with a six-second-long recording of data showing that the car’s speed was 118.5km at the time of the accident. 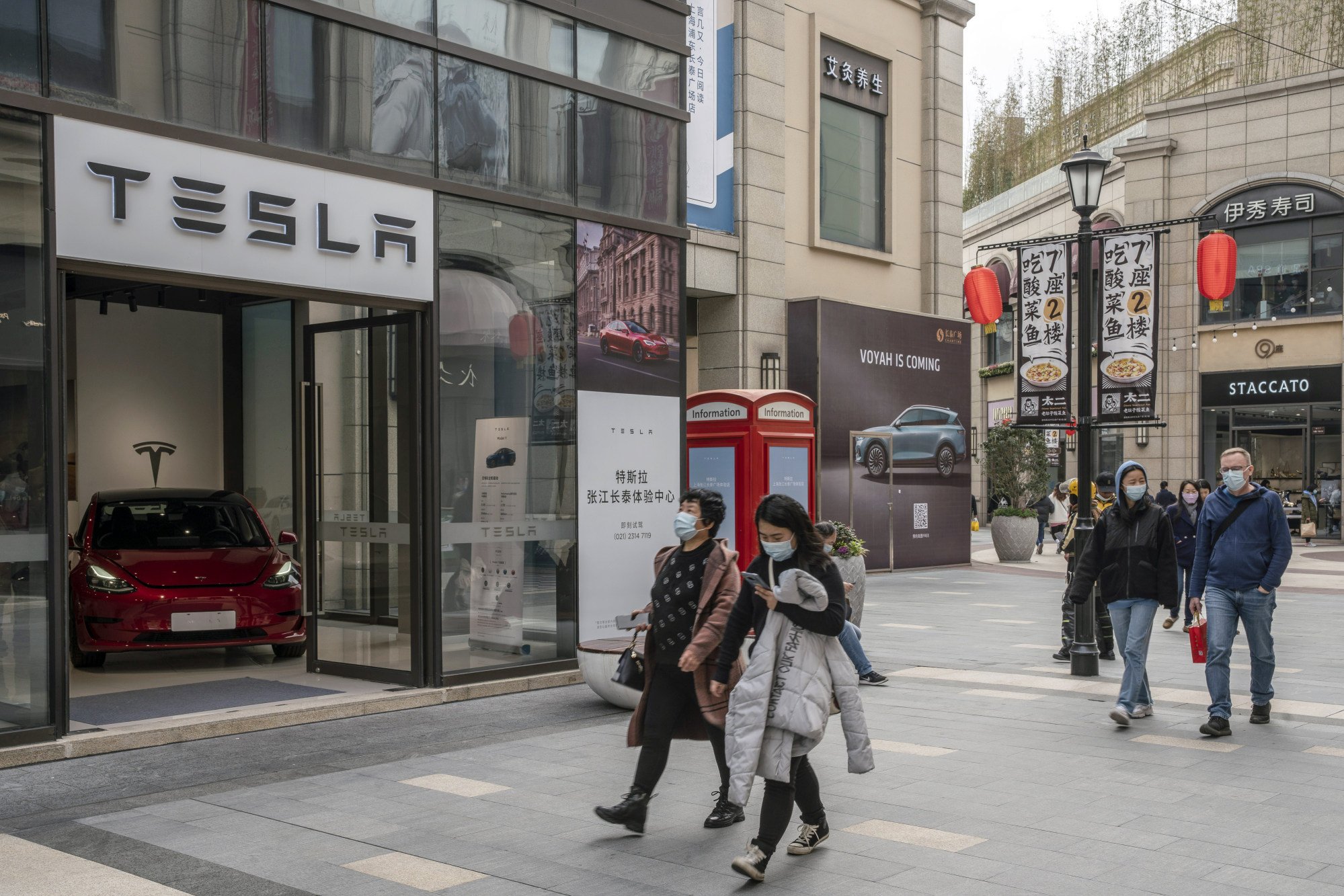 However, in a post on Weibo last month, Zhang denied her father was speeding. She claimed the car’s speed of 118.5 km was fabricated by Tesla. Instead, she said it was driving at between 60 to 70 km and that the brakes had failed.

“My father strongly and continuously stepped on the brake, but the brake was rigid. The brake’s role in stopping the car was not obvious,” Zhang wrote.

“But we stepped on the brake and the car did not slow down. Doesn’t this fact not prove that their brake has a problem?”

Zhang said she asked Tesla to provide her with a complete set of data from the car in the 30 minutes prior to the accident. Tesla refused, citing various excuses, she said.

Tesla said it had been in communication with Zhang over the past two months, offering a range of possible solutions including an examination of the vehicle, conducting repairs, or assisting with an insurance claim.

“But the car owner didn’t accept to take any third-party examination. She strongly rejected all of our solution proposals,” Tesla said on Weibo after Zhang’s protest.

Zhang said she didn’t send her car to be examined because she felt the third-party institution the local authorities assigned to the case to investigate was “not professional”.

The company promised on Weibo that if there is a problem with its vehicles it would take responsibility.

“But we need to point out: no compromise for unreasonable appeal. It is our attitude,” Tesla said.

“It’s because this request is not reasonable,” she told Beijing Business Today. “We said we can pay for the car to be examined, but she is not cooperative. She only wants to adopt the trouble-making way.”

Zhang’s case has been a major topic of discussion on both traditional and social media in China. 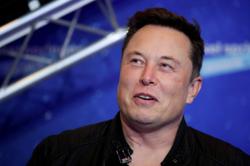