Chinese smartphone giant Xiaomi overhauled its defunct messaging app MiTalk, turning it into an invite-only audio chat platform for professionals. Since Clubhouse was banned in China, several similar apps have been vying to take its place, including Dizhua, Tiya and Two, backed by billionaire Justin Sun. — SCMP

Smartphone giant Xiaomi has revived its defunct instant messaging app MiTalk as a social audio chat platform for professionals, a move that comes weeks after Clubhouse was banned in China.

The app was relaunched just eight days after the company shut down the original MiTalk on Feb 19 “due to changes in the business”, according to the company’s announcement in January on the app’s official Weibo account. With another announcement on Saturday, MiTalk was reintroduced as an audio-first chat app with features that mirror those of Clubhouse, which briefly surged in popularity in China in the first week of February.

The new MiTalk – which uses the Chinese name Jushou, or “hands up”, on Android app stores – is a platform “for professionals to share insights and raise [their] hands” in chat rooms to join discussions, MiTalk said in its latest announcement. Joining a discussion on Clubhouse works similarly, by tapping a hand icon to “raise a hand” and be recognised by room moderators.

New functionalities are not the only things inviting comparison with Clubhouse. Xiaomi turned MiTalk into an invite-only app during its beta stage, only making it open to users “on a small scale”, the company said. This is also the case with Clubhouse, which is still in beta after being in operation for nearly a year.

MiTalk has been around since 2010, but it never took off among Xiaomi users. The app lost out to WeChat, the now-ubiquitous super app that Tencent Holdings launched in 2011, when several mobile chat apps were fighting for dominance in the winner-take-all market.

“Xiaomi doesn’t have a big advantage in social media. MiTalk was launched even before WeChat, but it didn’t grow big,” said Ge Jia, an independent internet analyst.

Reports suggest Xiaomi knew it was at a disadvantage in social media. Shortly after MiTalk’s release, Xiaomi CEO Lei Jun warned at a dinner party that if Tencent released a similar product, “the chances of MiTalk succeeding would be significantly lowered”, according to local newspaper Southern Metropolis Daily.

The day before the original MiTalk shut down, it was not among the top 500 social apps on iOS in China, according to market tracker App Annie. WeChat, with its 1.1 billion daily active users, remained in the top spot.

Since Clubhouse was banned in China on Feb 8, local companies have been racing to replicate the success of Silicon Valley’s hottest new social media app. Other similar apps include Two, backed by cryptocurrency entrepreneur Justin Sun, and Dizhua, incubated by knowledge-sharing platform Guokr and released in 2019.

Given China’s strict regulations for online content, these types of apps are common targets of censorship. Last month, livestreaming firm Inke removed its Clubhouse-like app Duihuaba from app stores. Although the company cited the need for improvements, the setback reflected the complex landscape that Chinese tech companies have to navigate as they try to grow amid the government’s increasingly tight grip on online speech and Internet content.

Lizhi, the owner of China’s second-largest podcast platform, sought to avoid this problem altogether. The company has its own Clubhouse-like app called Tiya, but Lizhi CEO Marco Lai Jinnan said it was set up in the US and is operated as a US company.

Analyst Ge said he did not think the Clubhouse model would become big in China.

“Audio-only chat was already here more than 20 years ago. It isn’t an innovative model,” he said. “China’s social networking is more convenient and advanced than the US, so we may not need such a product any more”. – South China Morning Post

The rise and fall of Clubhouse in China: how the popular app came and went in just a few days 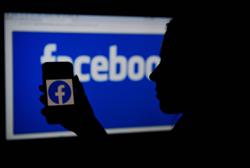 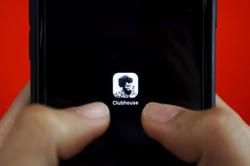