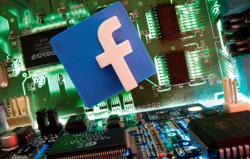 For those who haven’t had the chance to explore the app, Clubhouse is the trendy new invite-only audio app where participants can move around virtual rooms and discuss different topics like art, pop culture, sports and even stocks. — AP

I first came to know about the Clubhouse app through social media. I was an outsider – people would take the audio conversations from the then-exclusive app and talk about them on Twitter and Instagram.

When I finally received my invitation to the app through a friend, I felt like I was part of the in-crowd. I could finally chime in on what everybody else was talking about. The app was refreshing, especially due to the extreme Zoom fatigue I’d been feeling. It was a cool approach to staying in contact and starting meaningful conversations during this socially distanced time.

For those who haven’t had the chance to explore the app, Clubhouse is the trendy new invite-only audio app where participants can move around virtual rooms and discuss different topics like art, pop culture, sports and even stocks. The company describes itself as “a new type of social product based on voice [that] allows people everywhere to talk, tell stories, develop ideas, deepen friendships, and meet interesting new people around the world”.

The platform lets people connect virtually; users can chat in real-time, share stories, collaborate and bounce ideas off of each other using their voice. The app cuts out the need for additional equipment and allows people to simply network. Its algorithm, along with your personal contacts, curates a list of different conversations that you might be interested in.

The app is also big with celebrities – on any given day on Clubhouse, you might hear the likes of Oprah, Elon Musk, Kevin Hart, Drake or Tiffany Haddish. While in theory, the app seems like an excellent networking tool, in practice, the app has already dealt with a lot of moderation issues.

In individual rooms on the app, conversations can be considered stages, and moderators sit at the very top. Moderators control the flow of the entire room, allowing listeners who raise their hands to be moved up as speakers and muting speakers as they see fit.

The hierarchy is a bit arrogant – as if there should be a tier system to an equal, mutual conversation. Casey Newton at The Verge wrote back in July that the app didn’t seem to have a plan for moderating content. It's been months since then, and nothing has really managed to change.

Tatiana Walk-Morris at Vanity Fair wrote a piece in December detailing the ephemeral, audio-only nature of Clubhouse that allowed the app to “become a haven for the powerful to flirt with misogyny and racism”.

The app, on its best day, could be used to make genuine connections, learn about stocks or have conversations about some of your favourite television shows. But on its worst day, it’s just a lot of people who want to be heard and seen, so they inflate their status to seem like they're above others.

While the exclusivity of the app seemed cool for a few months, it ended up a dumpster fire. Many social media users seem to agree – now, the app just sounds like excessive white noise.

Users like to boost their accolades and sound smart to people they’ve never met before in their lives, just talking to hear themselves talk. It’s nonsense. There are trivial conversations about dating and relationships, the differences between “entrepreneurs” and “influencers”, and dumb questions like “who should pay for the first date”.

I don’t see the app having a long lifespan. The environment on Clubhouse is less inviting than before. As it turns out, being talked over and disrespected on a solely audio-based app isn’t conducive to a healthy conversation. – The Houston Chronicle/Tribune News Service

Agora, the technology provider behind hit audio app Clubhouse, says it does not store user data