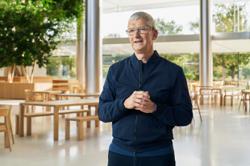 In an 18-minute video interview with He, Cook discusses his admiration of Chinese people, history and arts. Absent from the discussion was any mention of censorship or the US-China technology rivalry as the Apple CEO courts Chinese consumers for market growth. — SCMP

Apple CEO Tim Cook staged a virtual talk show with a 22-year-old Chinese influencer last week in an apparent effort to appease young consumers, and it looks like the effort was a success based on the response from netizens across Chinese social media platforms.

The 18-minute video of a discussion between 60-year-old Cook and the young Chinese student, He Shijie, who has six million fans on the Chinese video site Bilibili, has been viewed by hundreds of millions of viewers across different Chinese Internet platforms. At least 250 million users on the microblogging site Weibo read posts about the dialogue since the video was uploaded on Feb 18.

The talk, which was conducted in English and posted with Chinese subtitles, was released as hostilities between Beijing and Washington appear to be easing after a phone call last week between Chinese President Xi Jinping and US President Joe Biden, a goodwill gesture to repair US-China relations.

“Apple is using this peaceful moment not only for marketing, but also using Chinese social media to connect with consumers of Apple products,” said Cameron Johnson, an adjunct faculty instructor at New York University Shanghai and partner at the consultancy Tidal Wave Solutions.

Apple, the California-based tech giant valued over US$2 trillion (RM8.08 trillion), has come to increasingly rely on the China market for growth. The company’s revenues in the fourth quarter of 2020 surged to above US$100bil (RM404.25bil) for the first time in history thanks to 57% growth in sales in the Greater China market, which includes Hong Kong, Macau and Taiwan.

It was hit by the US-China trade war while Donald Trump was in the White House, when rising hostilities threatened US companies in Greater China, the third largest market after North America and Europe. When Trump sought to ban WeChat and TikTok in the US, social media and news sites in China were full of articles calling for the Chinese government to ban Apple in retaliation. In 2019, Apple sales in China shrank by a fifth before a rebound in 2020 aided by a release of the company’s first 5G phones.

The talk between Cook and He hinted at none of the geopolitical tensions playing out on the international stage, however. The clever public relations stunt was full of friendly smiles and laughter, starting with He asking whether it is true that Cook started his day by going to the gym at 4am.

The student’s Bilibili channel is best known for his videos about new electronic gadgets, and He expressed his love of Apple products to Cook. The CEO responded by saying Apple has been able to improve its products based on feedback from Chinese consumers, adding that he enjoyed the people, history and arts in the country during his many visits.

Among the “tonne of” features that Cook said were developed based on feedback from China were the QR Code scanner, “specific keyboards” and the camera’s night mode.

Cook also praised China’s 5G coverage and how smartphones have improved daily life in China. “So much of our lives are on the smartphone, and there is nowhere that’s more true than in China, from eating to delivery to banking to paying to your health records. Everything is on the phone,” he said.

The talk, which does not touch on issues like censorship or the US-China tech war, received widely positive feedback from online audiences in China.

“Cook wanted to use the interview to obtain a better reputation and market share for Apple,” Yu added. “The company saw an increase in the China market but the pressure is still there.”

While the talk was a direct appeal to young Chinese consumers, Cook has also been involved in other efforts to cultivate good government relations. In 2019, for instance, Cook was named chairman of the advisory committee at Tsinghua University’s School of Economics and Management, a club of global business leaders with access to China’s top leadership.

The interview also marks another departure from Apple’s more antagonistic public relations strategy under Steve Jobs, who was known for excluding journalists and bloggers from events if they had given Apple bad reviews, complained about the company or broke strict recording rules at launch events. Under Tim Cook, the company started reaching out more after criticism of the Mac Pro. Apple invited journalists to an unprecedented, on-the-record discussion at its Cupertino headquarters in 2017. In 2016 and 2020, Apple senior vice-president of software engineering Craig Federighi gave exclusive interviews to Marques Brownlee, the most popular tech vlogger on YouTube with 13.7 million subscribers. – South China Morning Post 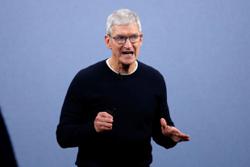