By Iris Deng and Tracy Qu 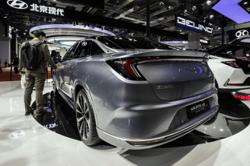 Online celebrities come in many forms, but for Kuaishou – the video livestreaming company debuting on the Hong Kong stock exchange on Friday – its earliest success can be traced to a unique breed of Internet stars: tight-knit clans of powerful streamers with outsized influence. But while the model once allowed these streamers to thrive on Kuaishou, there are signs that their popularity is waning.

Jiazu, a Chinese term meaning family or clan, is a distinctive culture that sets Kuaishou apart from rival Douyin, operated by TikTok owner ByteDance. Like masters of Chinese martial arts, top influencers – or key opinion leaders (KOLs) – often support smaller streamers as “apprentices” by introducing them to a wider audience. Aspiring content creators can get a huge lift in views just by banking on the popularity of their masters.

For a long time, these exclusive clans have been behind some of the most profitable streamers on Kuaishou.

Maomeimei and Dandan, who topped Kuaishou’s e-commerce sales rankings last month, are both apprentices of Xinba. Known as the sales king of Kuaishou, the established KOL once sold 1.25bil yuan (RM786.53mil) worth of goods in a single livestreaming session. In January, Xinba’s two most successful apprentices raked in a combined 925mil yuan (RM581.88mil) in gross merchandise volume, according to KOL data provider Bihu Kankan.

Kuaishou has six major clans, but Xinba’s is by far the most popular, drawing an estimated fan base of 265 million. While the other major clans have also found initial success, some appear to be hitting the bottleneck.

Sandage, which roughly translates as “brother of Chinese boxing”, is the head of Sanda – one of the best known clans. During his heyday in 2017, the influencer once saw more than three million viewers tuned in to watch a livestreamed event he was hosting. But viewership has declined since 2018 when his clan started to sell products in their streams, he said.

“More recently, only 600,000 people were online when we did livestreaming e-commerce shows,” Sandage wrote in a video he posted in November last year.

Two of the Sanda clan’s streamers saw their number of followers fall in the second half of last year, according to research firm CBNData. While Sandage gained nearly one million followers, it is still a far cry from Xinba’s growth of more than 23 million in the same period.

Other clans also added fewer fans than Xinba and his apprentices. The contrast is especially stark given that Xinba has been has not been seen online since he was caught late last year selling fake bird’s nests, an expensive Chinese delicacy.

While Kuaishou initially supported the major clans during its early days, the company is starting to nurture smaller influencers as well. The move is essential for the platform to grow and build a more diversified community of streamers, industry insiders said.

“If your platform is to develop into a bigger and more comprehensive scale, the ‘family’ ecosystem may not be able to adapt,” said Wang Kai, director of marketing at Yowant, a company that helps influencers manage their business on Kuaishou. Although the clan influencers enjoyed an early advantage by being on Kuaishou first, they may not necessarily produce the best content or sell the best products, he said.

“They may have had their own styles when they tried to attract a large group of users in the early days, but when it comes to commercialisation, their weakness in quality control and supply chain management has started to show.”

In the second half of last year, the six major clans on Kuaishou contributed less than 10% of the total gross merchandise volume on Kuaishou – much less than in 2019, according to a report by Chinese investment bank and brokerage Orient Securities, citing data from Bihu Kankan.

In June last year, Kuaishou launched a service that helped e-commerce livestreamers reach out to new users. Called Xiaodiantong, it is designed to help merchants target relevant followers and direct them to their live-streaming sessions. Users, in turn, will find it easier to discover new streamers.

In a sales promotion in November, Kuaishou reduced its technology service fee to 1% for small and medium-sized merchants who sold less than 50,000 yuan (RM31,461) worth of products in September, the company said.

“Kuaishou obviously wants to get rid of a model hijacked by the big clans such as Xinba,” Yowant’s Wang said. “They want to have more control over the traffic on the platform.”

As Kuaishou pivots away from relying on the major clans, some smaller streamers said they have good reasons to boost their presence on the platform.

Fu Jie, who does skits about romantic relationships, has posted videos on both Kuaishou and Douyin. He is hoping to build up a sizeable audience on Kuaishou and eventually start making money by selling them goods. He said Kuaishou encourages more interaction between content creators and viewers compared to competing platforms.

“I gained around 60,000 followers on Kuaishou in less than a month and kept getting comments and sometimes requests for new videos. But on Douyin, where I have 200,000 followers, interactions are rare and sometimes I have the feeling that they don’t actually exist,” Fu said.

That kind of trust and emotional connection with livestreamers is key to convincing viewers to buy products through Kuaishou, said analysts at Orient Securities. For Kuaishou, the challenge now is to help new streamers reach out to viewers and potential customers.

“A healthy ecosystem will need to ensure that every merchant or influencer who comes to Kuaishou has a smooth and reliable channel to move up,” said Xiang Wenqian, the lead author of a research note by Orient Securities. 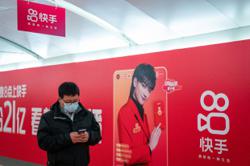 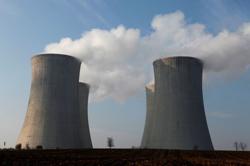