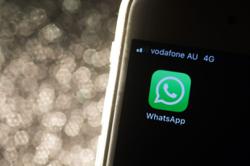 WeChat has helped make Tencent the largest company in Asia and propelled its market capitalisation to US$800bil, the sixth biggest globally. While WeChat does not have to worry about foreign competition, it is facing a fierce fight from emerging domestic rivals like ByteDance. — SCMP

Before he brushes his teeth in the morning, Chen checks for messages on the app. He uses the payment function to ride the subway to work and on the way reads the WeChat news digest. At the office, Chen spends most of his working day using the desktop version of the app.

In his leisure time, Chen shares pictures and music with friends using the mobile version and when he is hungry, meals are ordered and paid for on WeChat too. “WeChat has become part of every aspect of my life and work,” Chen said. “I cannot live without it.”

It is the same story for many of the 1.09 billion people who use the app every day – predominantly mainland Chinese – who have come to depend on WeChat for their daily life. 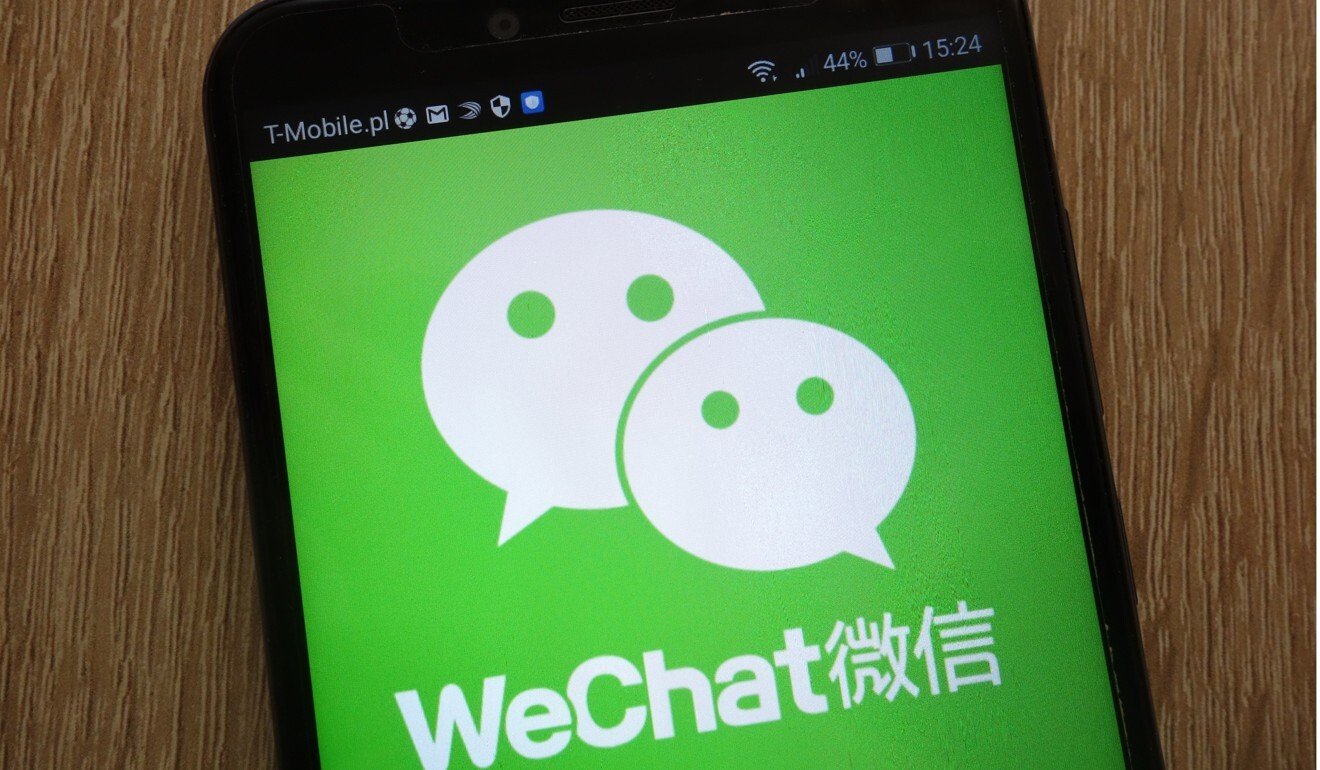 A study by data provider China Internet Watch found that WeChat users spend an average of 77 minutes a day on the app, which effectively provides the equivalent of WhatsApp, Instagram, Google, Facebook and PayPal on one platform.

WeChat also accounted for one fifth, or 21.5%, of total user time on the mobile Internet as of September 2020, according to QuestMobile.

It is no exaggeration to say that WeChat has profoundly changed how Chinese people interact with each other and with the online world.

The success of the super app, which turns 10 this week, has also helped make Tencent Holdings the largest company in Asia and propelled its market capitalisation to US$800bil (RM3.23 trillion), the sixth biggest globally – up from US$47bil (RM190.23bil) a decade ago.

It is also the second biggest stock on the Hang Seng Index, with a 10.09% weighting, ahead of banking giant HSBC and behind only AIA.

“WeChat is definitely the most successful Internet product in China in the past decade...[it achieved a] miracle to grow from zero to 1.2 billion in that period of time,” said Zhang Dingding, an Internet industry commentator and former head of Beijing-based research firm Sootoo Institute, referring to earlier estimates of user numbers.

“The value of WeChat is beyond numbers. It has helped us connect to each other... and offered a wide range of services that changed all walks of life,” Zhang said.

WeChat was also in the right place at the right time, riding the explosion in smartphone usage in China over the past decade. 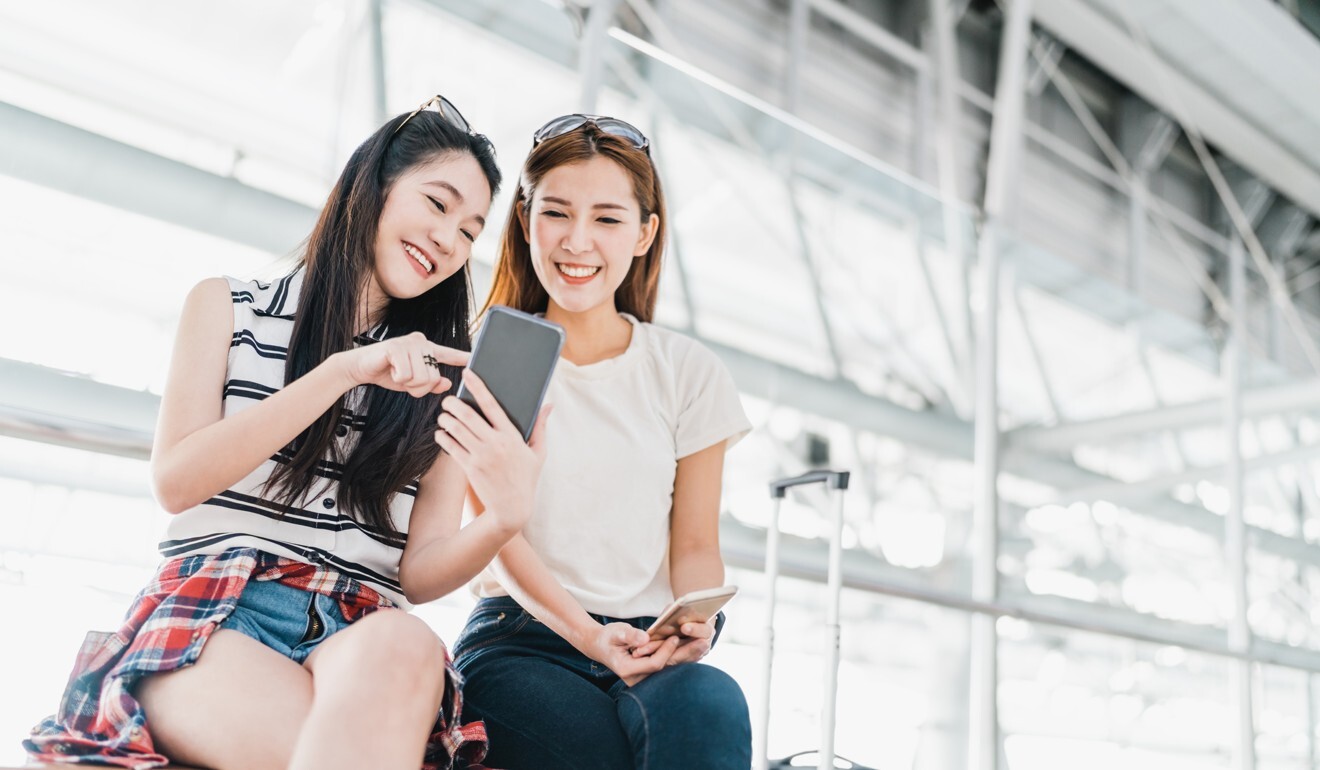 Then there was the initial design of the app – simple and fun to use, thanks to its chief architect Allen Zhang Xiaolong, who has been one of the highest paid executives in China since 2016.

However, there are dark clouds hanging over WeChat’s tenth anniversary.

Tencent’s censorship of content on the app is becoming notorious – both at home and abroad – and accounts deemed to promote “inappropriate or illegal” content – which can include violence, pornography and gambling but also political speech – are quickly shut down.

The University of Toronto’s Citizen Lab has charged that WeChat is a tool used by the Chinese government to maintain surveillance on its citizens and to manipulate public opinion in its favour.

While WeChat does not have to worry about foreign competition, it is facing a fierce fight from emerging domestic rivals like ByteDance with its hugely popular Douyin short video app, which had 600 million daily active users as of August last year.

Chinese people are spending six more hours per month on mobile phones compared with a year ago, according to a QuestMobile report in October, but the additional time was devoted to video apps like Douyin and Tencent-backed Kuaishou.

WeChat – along with Baidu’s search engine and iQiyi and Alibaba Group Holding’s Taobao, Tmall and Alipay – saw flat or even negative growth in share of screen time. (Alibaba owns the Post.)

In an effort to fend off the short video challengers, WeChat has been pushing its own version, Channels, launched a year ago. Zhang, the “father” of WeChat, said in July last year that the feature had accumulated 200 million users at the end of June, but WeChat has not provided any update of user numbers since.

Zhang said at the annual “open class” on Tuesday evening that the future of WeChat will be tied to video. 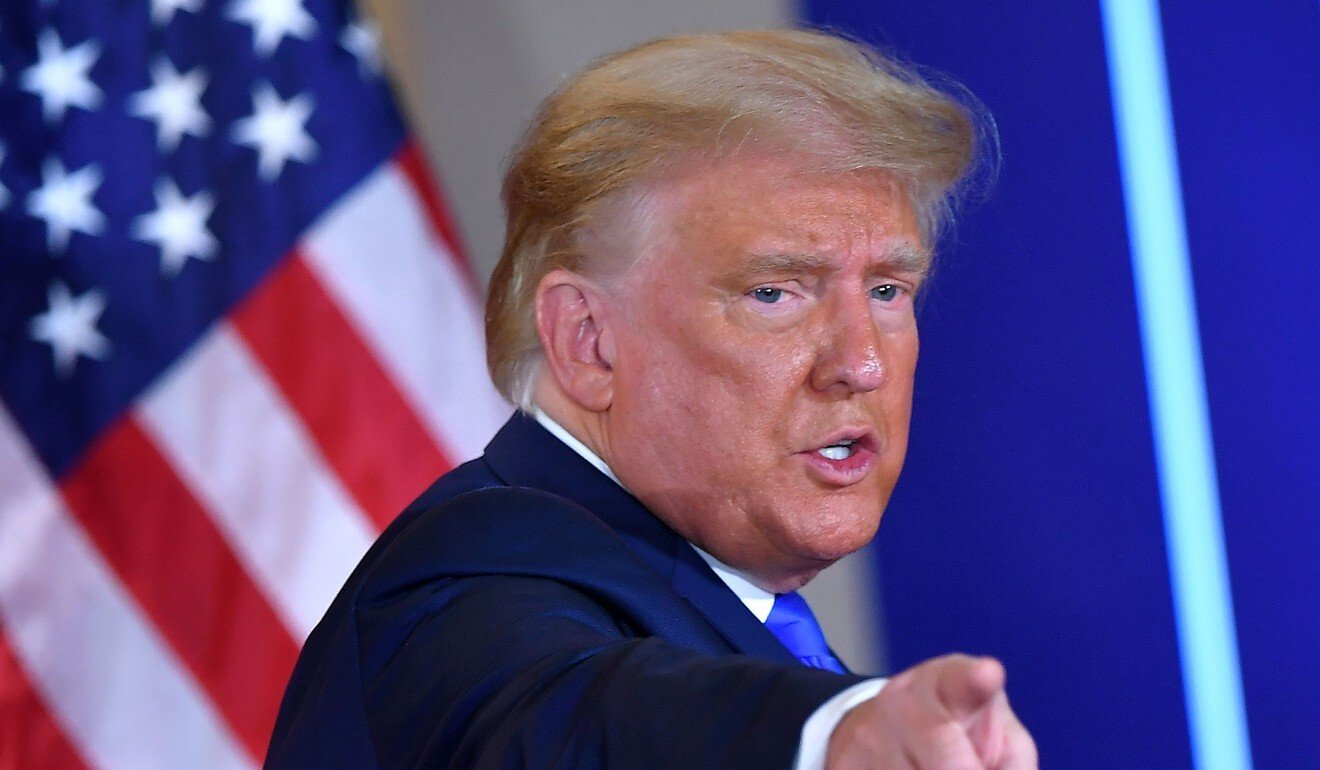 “Video expression will be a major theme for the next 10 years of content generation,” he told the audience.

“[Channels] is growing strong, largely due to the fact that its advantage is that it is already in the WeChat ecosystem,” said Mark Tanner, managing director of Shanghai-based consultancy China Skinny. “But it doesn’t appear as sticky or addictive as Douyin in particular, as Douyin continues to erode its share of screen time.”

Such complaints have become common lately but Tencent said in a recent announcement that it has acted fairly in blocking external links that violate its rules, including those of Tencent-backed products.

WeChat sprang from the Tencent Guangzhou Research and Project centre in January 2011. Zhang, head of Tencent’s QQ Mail Mobile at the time, led a small team that developed the first version of WeChat in less than 70 days, beating two other internal teams trying to achieve the same goal.

The initial version of WeChat only allowed users to send text messages and photos. The inflection point for the WeChat team arrived in May 2011 when it was updated with voice messaging, enabling a user’s phone to work like a walkie-talkie. 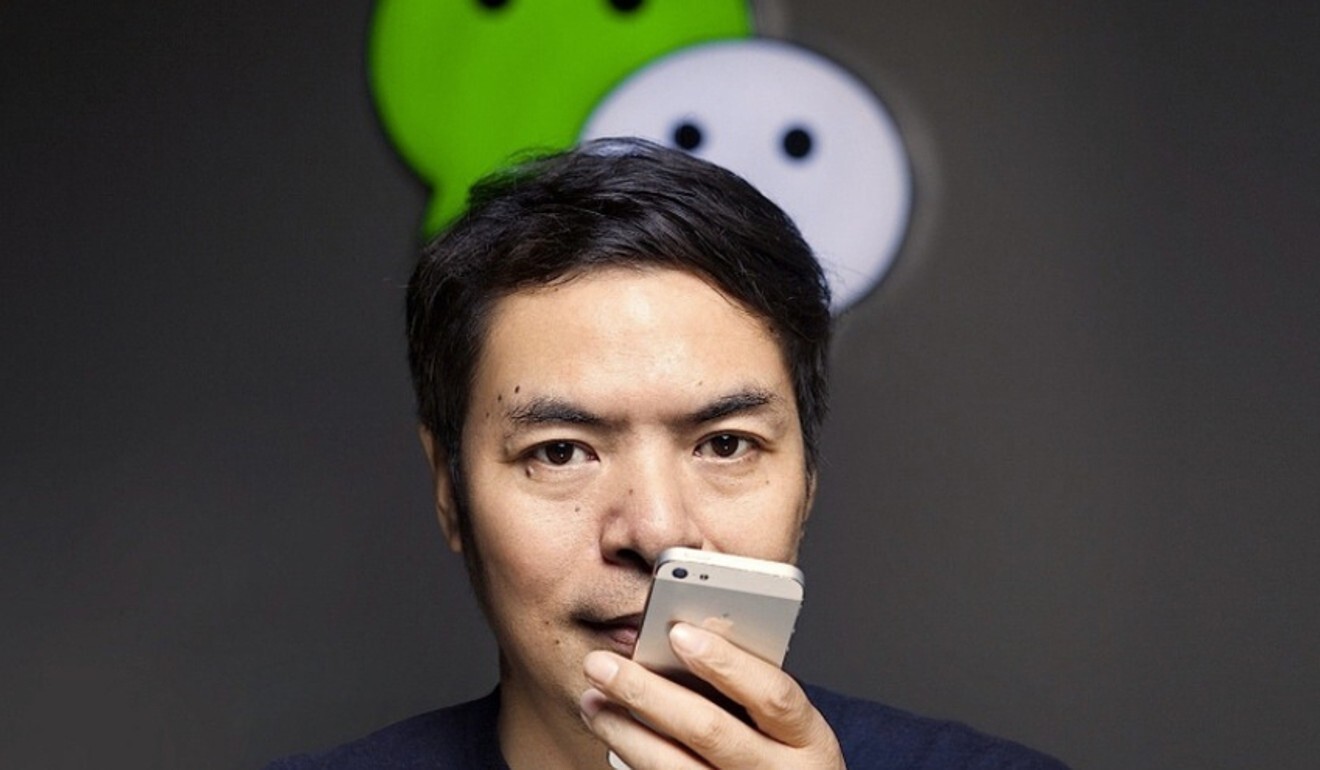 After a decade of optimisation, the app is still growing. Tencent has built up a huge ecosystem around WeChat with so-called mini programs, which are apps typically smaller than 10 megabytes that can run instantly on the main app’s interface.

This design has enabled WeChat to become a ubiquitous platform. The number of daily active users of WeChat mini apps has reached 400 million, according to data released at the WeChat conference on Tuesday. Monthly active users for mini games alone surpassed 500 million in 2020.

Despite the ubiquity of WeChat among Chinese around the world, Tencent has yet to seriously begin monetising the app. Of Tencent’s total revenue, 56% is derived from “value-added services” – essentially game related income – while 27% is from fintech and 17% from online advertising.

“WeChat’s biggest opportunity is its established user base and ecosystem, which it can continue to strengthen if it’s prepared to incorporate more artificial intelligence and build a more intuitive, entertaining and less clunky user interface,” said Tanner, referring to how the original simplicity of the program has become complicated by so many functions. 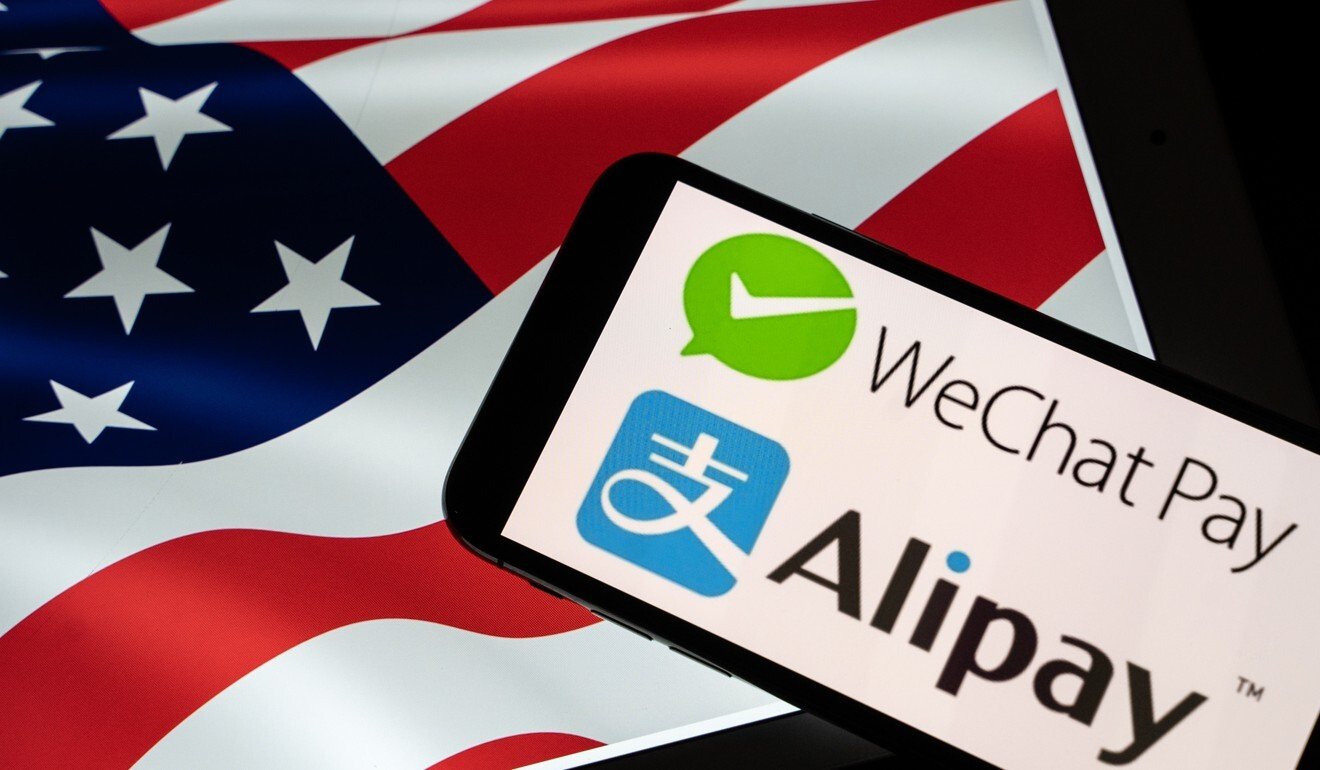 But one thing is certain: WeChat faces a more challenging future with tighter regulation, stiffer competition and changes in consumer habits, Tanner added.

The next 10 years are likely to be very different from the first.

“As we look back into the past 10 years of WeChat development,” Allen Zhang said on Tuesday, “It‘s a process of making choices and making iterations over time.” – South China Morning Post

‘Smart’ cushion that reports staff absences to the boss prompts outrage online, and may be illegal 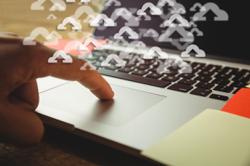