Developed by the Shanghai-based gaming company miHoYo, Genshin Impact has been a big hit since its official launch. Genshin Impact’s success follows on from wins for PUBG Mobile and Call of Duty Mobile – developed by Tencent Holdings – in recent years. — SCMP

The anime role-playing action game Genshin Impact has won the best game award for 2020 from both Google Play and Apple’s App Store, extending the winning streak of Chinese-developed games for a third consecutive year.

Genshin Impact’s success follows on from wins for PUBG Mobile and Call of Duty Mobile – developed by Tencent Holdings – on Google Play in 2018 and 2019 respectively. “Any title crowned Best Game has to exceed expectations and deliver compelling, accessible, genre-defining experiences. Thankfully, this year’s winner does all this without missing a beat,” said Google Play on Dec 2.

Developed by the Shanghai-based gaming company miHoYo, Genshin Impact has been a big hit since its official launch on Sept 28. According to app tracking firm Sensor Tower, the open-world game racked up over US$60mil (RM243.78mil) in sales in its first week after release.

Chinese mobile games have become increasingly popular around the world in recent years, in an industry that is growing fast. According to market research firm Newzoo, the global gaming market will grow 19.6% to US$174.9bil (RM710.61bil) this year. Mobile games are projected to account for 49% of this, with estimated revenue of US$86.3bil (RM350.63bil).

The recognition of Genshin Impact by both Apple and Google attests to the growing quality and sophistication of Chinese games. On Apple’s App Store, Sky: Children Of The Light, designed by Chinese game designer Jenova Chen and developed by Thatgamecompany – which Chen co-founded – was named iPhone Game of the Year in 2019.

Bloomberg Intelligence analyst Matthew Kanterman said that it was not a surprise that Chinese game makers are winning awards “now that they’ve pivoted from just focusing on the domestic market to having a more global focus”.

He said this was a deliberate corporate strategy.

“When the domestic market was booming a few years ago, it was easy to just ride the wave in China. But now that the market is more saturated at home, it makes sense to look abroad, where they have a much bigger untapped opportunity, with China only about 30% of global games sales,” said Kanterman.

Kanterman said the challenge for Genshin’s developers now would be to sustain its “staying power” among fickle gamers. – South China Morning Post

Upgrade your gaming gears for the best gaming experience at discounted prices with Lazada Promo Code. 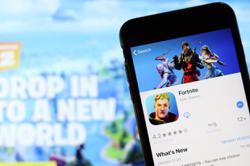 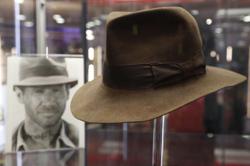