When Twitter launched "Fleets", the social network didn't expect to hit a snag like this. The microblogging network launched its disappearing stories, inspired by Instagram and Snapchat, less than a week ago, but it seems that Fleets' URLs remain accessible after the 24-hour limit.

According to information revealed by TechCrunch, followed by The Verge on Nov 22, these messages, which are supposed to be ephemeral, remain somehow visible. A user even showed that these stories can be downloaded by other users without triggering a notification to the fleet's author.

A Twitter user exposed this bug on Nov 21, by simply indicating in a series of tweets how to access these fleets via their URLs.

While these ephemeral messages remain visible on the Twitter user's timeline only for 24 hours, the social network stores them during 30 days, or even longer if they break Twitter rules.

The Verge also indicated that "The +seen by+ action is typically only available when someone views a fleet via the Twitter app."

"We are working on a fix that should be rolled out shortly," a Twitter spokesperson told TechCrunch. – AFP Relaxnews 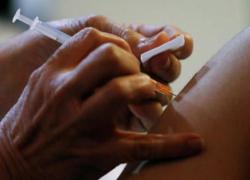