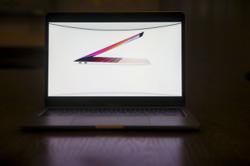 The Apple 13in MacBook Pro during a virtual product launch in Tiskilwa, Illinois, United States on Nov 10. — Daniel Acker/Bloomberg

Apple Inc kicked off its transition away from Intel Corp chips on Nov 10, revealing the first Mac computers with a main processor designed in-house by the iPhone maker.

The company said the new component will enable far improved power efficiency for better battery life on laptops, faster graphics and application speeds, speedier processing for machine learning tasks and better security. Apple said the new MacBook Air’s battery will last up to 18 hours, while the MacBook Pro will last as long as 20 hours.

The M1 system-on-a-chip has an eight-core central processing unit, combining four high-power and four high-efficiency cores, Apple said during the event. The chip will also have an eight-core graphics processing unit, which powers video games and other graphics-heavy applications. The company said it is the highest-performance chip it has made to date.

The launch shows Apple’s confidence in its custom processors, as well as doubts about Intel’s computer chip road map. Apple has been shipping its own processors since 2010, starting with the iPad and then the iPhone. Tuesday’s event means the company now uses custom silicon in every major product it sells.

The new M1 system-on-a-chip "leads to some impressive specs,” Hans Mosesmann, a semiconductor analyst at Rosenblatt Securities, wrote in a note to investors. That includes a big performance increase versus Intel’s Tiger Lake processors at the levels of power used by a MacBook Air, the analyst added.

Apple is still selling Intel versions of the 13in MacBook Pro and Mac mini, but not the Intel-based MacBook Air, according to the company’s website.

"Intel-powered PCs – like those based on 11th Gen Intel Core mobile processors – provide global customers the best experience in the areas they value most, as well as the most open platform for developers,” Intel said in a statement. Shares of the chipmaker slipped less than 1%, while Apple stock edged higher in New York trading.

Apple said in June that the final switch from Intel will take two years. When announcing the transition, Apple said the move would provide a common architecture across all of its devices. That means future iPhones, Macs, iPads and Apple Watches will run a variation of the same chip. That will allow devices to work together better and let iPhone apps run on Macs for the first time.

Apple has less than 10% of the market for personal computers, so the direct impact on Intel sales may be limited. But the change highlights a crisis engulfing the world’s largest chipmaker. It has delayed a new manufacturing process, giving rivals a chance to catch up.

The partnership between Apple and Intel started in 2005, when the late Apple co-founder Steve Jobs outlined a move away from PowerPC processors. Intel helped Apple catch up to Windows computers, some of which were more powerful at the time. Apple develops its chips based on designs from Arm Ltd. – Bloomberg

Grab the latest from Apple products at the best prices with Shopee Discount Code. 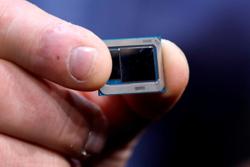