After seeing positive results to a trial run of a prompt that encourages users to read an article before they retweet it, Twitter says the feature will roll out globally. — Reuters

Twitter is planning to implement a prompt that asks users to read an article before sharing it, following positive results to a pilot of the feature.

The microblogging service’s communication team tweeted that the feature’s test, started in June, successfully encouraged 40% more people to open an article after seeing the prompt.

It added that this led to more informed tweeting, with 33% more people opening articles before RTing.

“Some people didn’t end up RTing after opening the article – which is fine! Some Tweets are best left in drafts,” said the comms team.

We shouldn't have to say this, but you should read an article before you Tweet it. https://t.co/Apr9vZb2iI

So, we’ve been prompting some people to do exactly that. Here’s what we’ve learned so far.

Based on the results, Twitter planned to roll out the prompts globally and make it smaller once users had seen it once, reasoning that people would understand the prompt.

However, Twitter would not track if the user had earlier read the article on a separate platform.

It also said users had the option to Retweet without reading, and this was just a prompt to suggest they read it first.

Multiple users also suggested that the feature was to generate click-throughs and traffic, to make Twitter appear more influential to advertisers. 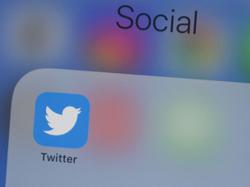