An advertisement released Monday shows ByteDance wants to fill 700 business-related positions and 200 technical positions in gaming. The social media company has been slowly building up its gaming clout, emulating Tencent’s rise in the industry. — SCMP

TikTok maker ByteDance is once again looking to level up in gaming, listing close to 1,000 new gaming jobs in the coming year. The new recruitment drive continues ByteDance’s aggressive push into gaming, but analysts say the company’s gaming division is still too small to take on Chinese gaming giants Tencent and NetEase.

According to a new recruitment advertisement released on Monday, which targets university students, ByteDance is looking to fill 700 business-related positions and more than 200 technical positions with its growing gaming arm. The jobs will mainly fall under the company’s marquee gaming studio Zhaoxi Guangnian Information Technology, which has offices spread across Beijing, Hangzhou and Shanghai.

ByteDance’s moves to boost its gaming clout in recent months have been interpreted as the company looking to follow in Tencent Holdings’ footsteps by inducing millions of social media users to become paying gamers.

ByteDance’s most aggressive moves include poaching top gaming talent from other Chinese companies. Most notably, the company snagged Jason Fung, the former senior director of global e-sports at Alibaba, who started as ByteDance’s global head of content in June. Alibaba owns the South China Morning Post.

For now, though, ByteDance remains a relatively small player in China’s gaming industry and has yet to find its footing, analysts say.

Liao Xuhua, a gaming analyst at the Beijing-based research firm Analysys International, said that despite recent hires, ByteDance likely has fewer than 2,000 people working on games.

“The top 20 gaming companies in China all have at least this many people,” Liao said. “NetEase Games, for example, has more than 10,000. So if ByteDance wants to be a giant, the current size of its gaming team is far too small.”

ByteDance did not immediately respond to questions sent by the Post.

China’s gaming revenue has exploded in recent months, bolstered by the stay-at-home economy during the Covid-19 pandemic. A recent report from Tencent Cloud and research firm CNG estimates that gaming revenue could hit 270bil yuan (RM165.21bil or US$39.6bil) in China this year, a 17% increase over 2019.

Smartphones have turned seemingly everyone into gamers in China. Niko Partners estimates that about 720 million people in China play games. The research firm also says 97% of people between 18 and 24 years old are gamers, along with 90% of people from 25 to 35.

Many of the mobile games people are playing come from industry behemoths Tencent and NetEase. ByteDance has also found some success by publishing a few casual games. But the company’s latest core games, Art Of War: Infinity Evolution and JJ Street Basket, have both struggled to live up to expectations. The growing pains suggest the company has a ways to go before it gets a massive hit title like Tencent’s Honour Of Kings or NetEase’s Onmyoji.

The game’s popularity nosedived soon after launch, with Sensor Tower data showing new installs on iOS in China during May fell to about 10% of the 1 million downloads it saw in March. Player spending on the game fell to US$1.1mil (RM4.55mil) last month, down 45% from its peak.

Those numbers pale in comparison with Tencent, according to Zheng Jintiao, co-founder of online media outlet GamerBoom.

“Look at Tencent’s core games. If they don’t make more than 200mil yuan (RM122.38mil) in the first month, they are basically considered failures,” Zheng said, noting a figure more than six times larger than what JJ Street Basket has made.

ByteDance is now trying every means possible to get a breakout hit, according to Liao, whether it is through in-house development, acquisition or publishing.

Zheng echoed Liao’s sentiments, saying ByteDance needs to find new hits to fuel its gaming business. That means the gaming division will need a lot of people going forward. He added that the search for rapid growth could mean ByteDance will focus on particular types of games.

“ByteDance’s gaming strategy is quite clear. First, it needs to grow its line-up of competitive multiplayer games. Otherwise, its livestreaming platforms won’t be able to catch on,” Zheng said. “Second, they are focusing on games that can aggressively monetise, which will likely be role-playing action games or strategy games.” – South China Morning Post 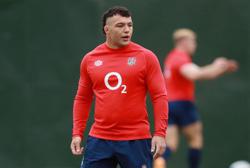 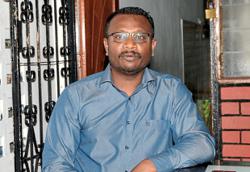 It's not just kids: How an adult game addict's obsession cost him his family