Existing digital identity systems usually link biometric data such as fingerprints and iris scans to a unique digital code, allowing for remote identification that can be accessed anywhere. — AFP Relaxnews

LONDON: Britain set out its plans this week for a digital identity system aimed at making it easier for people to access public services and buy age-restricted goods – whether registering with a new doctor or buying a bottle of wine.

But the British government’s latest plans come as digital rights campaigners worldwide warn about the privacy concerns posed by identification technology, which allows biometric data such as fingerprints to be accessed online.

Here is what you need to know about Britain’s digital identity plans:

What is a digital ID?

A digital identity is an electronic form of identification that can be used to prove an individual’s identity online.

Existing digital identity systems usually link biometric data such as fingerprints and iris scans to a unique digital code, allowing for remote identification that can be accessed anywhere.

More than one billion people globally have no way of proving their identity, according to the World Bank, which experts say excludes them from basic services such as education and healthcare.

What did the British government say about its plans?

The British government said this week it wanted to “update existing laws on identity-checking to enable digital identity to be used as widely as possible” across the country, following a call for evidence published on its website.

“We want to make it easier for people to prove their identity securely online so transactions can become even quicker – it has the potential to add billions to our economy,” Digital Infrastructure Minister Matt Warman said in a statement.

The government said it would start consultations on developing legislation, adding that policies would be based on six principles, including privacy, transparency and inclusivity.

No details on how the system would work were provided, but digital rights experts suggested it could take the form of digital ID cards that would for example allow online stores to check shoppers’ age.

How has the British plan been received?

Reaction to the announcement has been mixed, with business groups and some politicians praising the initiative and rights groups calling for caution.

The Confederation of British Industry (CBI) said a digital identity system could help unlock economic growth while techUK, an industry trade group, said the preliminary plan was welcome though lacking in detail.

A 2019 study by the McKinsey Global Institute calculated that by increasing access to services and easing transactions, digital IDs could unlock economic value equivalent to 3% to 13% of GDP in 2030.

Former Prime Minister Tony Blair told the BBC it was “common sense” to move towards digital IDs as part of efforts to fight coronavirus as the government would want to keep a record of who had been vaccinated.

Matthew Rice of the Open Rights Group said the system would only work if users trust it to protect their personal data, while Tom Fisher of Privacy International said it was crucial not to cut off people who lacked skills or access to the Internet.

“The behaviour of the digital identity industry also remains a concern, and we have to be sure that they are prevented from exploiting our data and using it for other purposes,” Fisher told the Thomson Reuters Foundation.

What other digital ID systems exist?

Digital identity systems are already in use in many countries, from Norway to Estonia, with some raising concerns from rights activists.

Launched in 2009 to streamline welfare payments and reduce wastage in public spending, India’s Aadhaar, the world’s biggest biometric database, is now used for everything from school enrolments to tax filings.

Yet, researchers say large numbers of homeless and transgender people are excluded and denied essential services, and the system has raised concerns about privacy, data safety, and possible misuse for profiling or surveillance.

Kenya’s digital ID scheme Huduma Namba was given the go ahead by the country’s high court in January, following a challenge by rights groups which argued it violated privacy and should be outlawed.

The judges ruled that the system, which gives people access to public services, could continue, as long as the government brought in stronger regulations and did not use it to collect citizens’ DNA and geo-location data. – Thomson Reuters Foundation 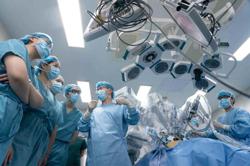 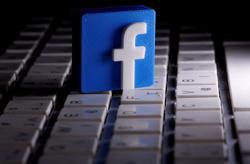