A ‘walk-in’ and ‘drive-through’ coronavirus testing site in Miami Beach, Florida in July. Two key weapons in the state's fight against the corona virus are misfiring badly: testing and contact tracing. — AFP

At the start of the Covid-19 pandemic, contact tracing was considered the best hope for getting people back to offices and schools safely without a vaccine. The tech industry was optimistic that apps would provide a faster, more effective alternative to the usual painstaking human process of calling and interviewing the networks of infected people to figure out possible sources of exposure.

It hasn’t worked out that way. All efforts in the United States are so nascent that Citizen, known for location-based crime alerts, on Aug 13 launched a feature called SafePass that it’s already calling the largest private contact-tracing network, with only 700,000 people testing its product.

The app allows users to upload their health status every day, then updates them on how many people they have walked past who are also using the product. If someone in the network is infected, that person will be immediately notified, as will the other SafePass users their phone pinged. SafePass will provide a map and time of the possible infection, and ask users if they think they were exposed. If so, Citizen will send them an at-home Covid-19 test for no charge.

On Citizen, users can also create a list of friends whose names and health status they will be able to see whenever they want, to help decide whether it’s safe to hang out.

"We are basically building a Covid social network right now,” Andrew Frame, Citizen’s chief executive officer, said in an interview. He imagines people will ask their contacts to use the app for a few days before attempting a vacation or event together. "Everyone in the world wants to see their friends and they want to ask them, ‘Have you been tested? What are your symptoms? Have you been safe?’ All those questions can be answered by SafePass,” he said.

Contact tracing works best when the rate of infection in a community is small, and someone can easily pinpoint the source of their exposure. In many US communities, the benefits have waned with rising numbers of Covid-19 cases. Americans who are most vulnerable to the illness live in low-income communities with high-density housing, and are the least likely to have access to their own smartphones.

Citizen said it’s working with the government in Stockton, California – a city particularly hard-hit by the coronavirus – and will be aiming for more partnerships with municipalities and businesses. But so far, in the United States and other countries, voluntary apps haven’t seen enough adoption to become effective.

Alphabet Inc’s Google and Apple Inc worked together on a system allowing governments to build contract-tracing apps. The program faced a series of problems, with some countries saying privacy controls blocked them from collecting crucial data to tracking the virus’ spread. By the end of July, 16 regions and countries around the world had launched an app built on top of the system, Google said. The state of Virginia earlier this month launched the first app in the United States based on the Google-Apple system.

Privacy could be a barrier for Citizen, too. The app stores its users’ Bluetooth location data for 30 days, so that they can accurately notify them about possible infections. Users who get a Covid-19 test through the Safepass system will have their results automatically uploaded to all contacts. Friends on the app may find out about someone’s positive result before they do. That’s by design, because stopping the spread is a matter of urgency, Frame said.

"We’ve had almost no requests for the ability to hide their positive status,” he said. "There’s no shame whatsoever in getting Covid, and a lot of people are getting Covid. It’s not their fault. This thing is sweeping through America.” – Bloomberg 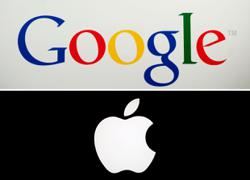