Are you seeing too many sexy pictures in your Instagram news feed? Researchers believe the platform’s algorithm is pushing these photos to users. — AFP

A study by the European Data Journalism Network and AlgorithmWatch claims that Instagram’s algorithm ‘proritises photos of scantily-clad men and women’, explaining that users are more likely to see sexy images in their news feeds and that the constant exposure to this type of content will also affect the behaviour of creators.

“We selected 37 professionals (14 of them men) from 12 countries who use Instagram to advertise brands or to acquire new clients for their businesses, mostly in food, travel, fitness, fashion or beauty sectors,” the research stated.

The add-on is used to open the Instagram homepage on regular intervals and notes which posts appears on top of the volunteers’ news feed, explaining that it gives the researchers an overview of what the platform considers most relevant to its users.

In between February to May, a total of 1,737 posts containing 2,400 photos were published by the selected content creators.

“Of these posts, 362 or 21% were recognised by a computer program as containing pictures showing women in bikinis or underwear or bare chested men.”

In the news feed of volunteers, the research said posts with such pictures made up of 30% of all posts from the same accounts and some posts appeared more than once.

“By contrast, posts showing pictures of food or landscape were about 60% less likely to be shown in the news feed.”

However, the researchers also admitted that the push towards nudity may not apply to all Instagram users.

“While it was consistent and apparent for most volunteers, a small minority were served posts that better reflected the diversity published by content creators.”

The researchers said while it’s likely for Instagram’s algorithm to “favour nudity in general”, personalisation and ofther factors may limit this effect on some users. Researchers also said that without access to Facebook’s internal data and production servers, it will be impossible to draw a definitive conclusion.

Instagram’s parent company Facebook responded to the research in a statement, calling it “flawed”.

“This research is flawed in a number of ways and shows a misunderstanding of how Instagram works. We rank posts in your feed based on content and accounts you have shown an interest in, not on arbitrary factors like the presence of swimwear,” Facebook said in its statement.

The researchers countered that claim by explaining that in 2015, Facebook published a patent revealing that its news feed could select what photos to prioritise to users. Some of the factors that it helps to determine these prioritisation include gender, ethnicity and “state of undress”.

The researchers also expressed concerns that the algorithm may compel content creators to show some skin if they want to achieve a significant reach to other users on the platform, saying that the effect “could be larger for females” and be considered as a form of discrimination for female entrepreneurs.

“Which photos are shown and which are not is not just a matter of taste. Entrepreneurs who rely on Instagram to acquire clients must adopt the norms the service encourages to reach their followers. Even if these norms do not reflect the values they built their businesses on, or those of their core audience and clients,” researchers added. 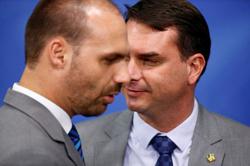 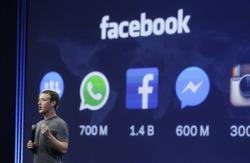 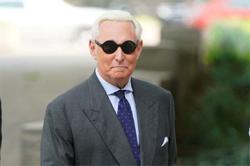