New platform is matchmaker for investors, planters to combat deforestation

During a tree planting ceremony in Ethiopia, June 5. TerraMatch, a platform and mobile app, aims to link financiers to tree planters in key countries like Colombia, Brazil, Peru, Malaysia and Indonesia. — AFP

BOGOTA: A new online platform aims to connect people who can plant trees with investors with millions of dollars to spend, its backers said, in a bid to stem deforestation worldwide.

TerraMatch, launched on June 18, aims to boost efforts to protect forests and plant trees, critical tactics in the fight against climate change and land degradation, its developers at the US-based World Resources Institute (WRI) said.

Big businesses and governments have pledged to plant trees and invest more in forest conservation in recent years, but connecting them with non-profits and local farming cooperatives who plant trees in countries with swathes of tropical forests has been difficult, they said.

TerraMatch, a platform and mobile app, aims to link financiers to tree planters in key countries like Colombia, Brazil, Peru, Malaysia and Indonesia, they said.

"We know that people running the projects, the local experts who know how to grow trees the right way, aren't connected with funders who have earmarked these billions of dollar to restore land," said Aaron Minnick, manager of the TerraMatch platform.

The platform's algorithm pairs funders' preferences with vetted projects that "get the right trees in the ground, the right way," he told a webinar hosted by WRI.

More than 110 organisations from 40 countries have so far registered on the platform, which is designed to act as a clearinghouse and matchmaker, he said.

TerraMatch will start work in Malawi, where the government said its forest department is working with youth groups to help restore degraded land and protect forests.

"TerraMatch will help us connect with sustainable sources of private finance that can scale up this work and create jobs, build strong rural economies," said Tangu Tumeo, the Malawi government's principal forestry officer.

Trees take decades to grow, however, and the right species must be planted in the appropriate landscape, then monitored and maintained for years, Minnick said.

So involving communities on the ground is key, he said.

"We know that when local people feel ownership over the trees they help grow, these trees are more likely to stay in the ground and survive for decades," he said.

By matching funders with local non-profits and farming cooperatives who have a track record in tree planting and monitoring, WRI said it hopes to ensure trees will survive decades after they have been planted.

According to research recently published by the University of Maryland, last year nearly 12 million hectares of tree cover were lost in the tropics globally.

It was the equivalent of about four billion trees – an area the size of the US state of Pennsylvania, it said. – Thomson Reuters Foundation 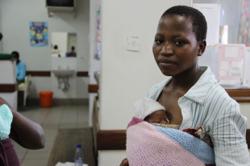 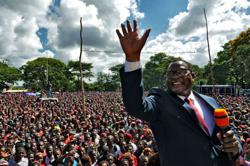