A file photo of France’s StopCovid contact tracing app at the Ministry of Economy in Paris. At least a dozen bogus ‘contact tracing’ apps designed to look like official software to track coronavirus infections have been deployed globally to spread malware and steal user data, security researchers said on June 10, 2020. — AFP

The researchers from California-based firm Anomali said the apps, once installed on a device, “are designed to download and install malware” on devices and “steal banking credentials and personal data”.

Anomali said the fake Covid-19 apps do not appear to be distributed through official channels like the Google Play Store but rather are being spread through other apps, third-party stores, and websites that encourage downloads.

“Threat actors continue to imitate official apps to take advantage of the brand recognition and perceived trust of those released by government agencies,” the company said in a blog post.

“The global impact of the Covid-19 pandemic makes the virus a recognisable and potentially fear-inducing name, of which actors will continue to abuse.”

The revelation is the latest warning about hackers using the virus pandemic to take advantage of public fear to trick users into revealing passwords or other data.

Contact-tracing apps are being developed in many countries, using smartphone technology to determine when users have come into contact with an infected individual.

A variety of technologies are being used for the apps, including some systems that have been criticised by privacy activists for collecting data which may be abused by governments.

Some surveys suggest the public is sceptical about using the apps.

A similar warning last month from a British-based association said fraudsters had tried to get users to download a bogus UK contact tracing app. – AFP 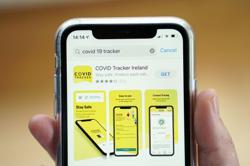 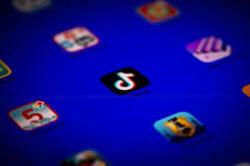 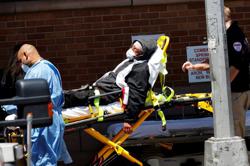