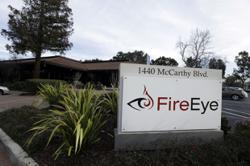 With the increasing popularity of video conferencing platform Zoom, cybercriminals are trying to waylay the public using fake domains which sound similar.

The Hacker News reported on findings by cybersecurity film Check Point that over 1,700 new Zoom domains were registered since the start of the Covid-19 pandemic, with nearly 25% registered in the last week of March.

Check Point cyber research manager Omer Dembinsky said the staggering increase showed hackers see an opportunity to exploit the public by directing them to fake versions of the Zoom website, or sending them malicious executable files which appear to be Zoom software, to trick them into downloading malware.

“Each time you get a Zoom link or document messaged or forwarded to you, I'd take an extra look to make sure it's not a trap," he warned.

The firm found that Zoom was not the only platform to be targeted by cybercriminals, with phishing sites found to be masquerading as Google Classroom used to trick students.

Dembinsky noted that Zoom itself has had several security and privacy vulnerabilities, though the company has worked to resolve them. He advised users to always keep their Zoom app up-to-date to avoid such issues.

Another cybersecurity firm, Sophos has also found similar issues with fake Zoom domains, confirming that at least 70 of the domains were being used maliciously, often as phishing websites.

“Many people are feeling scared and anxious at the uncertainty of our collective situation and are probably distracted. This is fertile ground for cybercriminals to use this distraction to their advantage,” he said, in a press release.

He advised the public to slow down and evaluate emails and websites carefully to ensure they don’t fall victim to these crimes of opportunity.