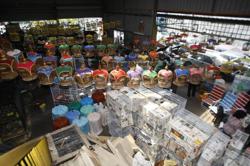 Ever wondered if you could fit a hedgehog in your living room, or maybe even a giant panda? Now you can try, using Google AR. — Google

Wanted to visit the zoo, but can’t due to the movement control order (MCO)? You can experience animals in your living room using Google’s Augmented Reality (AR) instead.

Users can find the animals right on top of the Google search panel. For example, searching for a panda, tiger or even hedgehog will produce an explanation about the animal and a prompt to meet a life-sized version up close.

“Now you can use AR to place 3D digital objects right in your own space directly from Search or from websites on Chrome. Learn more about everything from NASA’s Curiosity Rover to human anatomy to animals like hedgehogs, penguins, and sharks, with a greater sense of context and scale,” said Google, on its website.

Clicking the ‘View in 3D’ button generates a 3D model users can spin around and inspect on their phones. The animal also moves around, sniffing and scratching while being watched.

Clicking the ‘View in Your Space’ button will prompt users to scan a flat surface using the camera and place the 3D animal in the room. It can either be lifesized, to give users an idea of the scale, or miniaturised to fit.

Most of the animals with a 3D model on Google are rarer or endangered species like the giant panda, tiger, wolf or cheetah. But there are also household pets like cats, dogs, turtles and — maybe for larger houses — horses and Shetland ponies.

This feature is supported on both Android and iOS smartphones and tablets, running on Android 7 or higher and iOS 11 or higher, respectively. 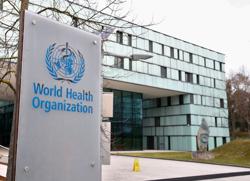