Greater data collection has helped prevent the virus from spreading in China because it enables precise reporting of hotspots. The rush to scoop up even more data to fight the outbreak has led to privacy breaches, especially for residents in the epicentre of Wuhan. — SCMP

China’s transformation into a digital economy was already well underway before the coronavirus outbreak, driven by its massive adoption of internet-based technologies, mobile apps and artificial intelligence applications.

This digitisation of everyday life has created massive amounts of quantifiable data, from Internet search and shopping habits to diet and health requirements. Now the deadly outbreak, which has killed more than 2,700 people globally, has accelerated the trend.

Central and provincial governments are pushing to gather and analyse even more data to help contain the spread of the disease – and for now there seems to be little resistance as most people show sympathy towards infected patients and are more willing to sacrifice privacy for public safety.

“I have no excuse to reject requests by the authorities to share my personal data when it is done in the name of public safety,” said Wang Junyao, a 29-year-old engineer in Shenzhen, who recently returned from the US after obtaining a doctorate.

“But what about when the virus ends? Surely the conflict between data collection and privacy will only intensify.”

While real-name registration and facial recognition have become commonplace for many daily activities in China, the practices are being extended to over-the-counter purchases of medicine and all forms of public transport.

In the southern province of Guangdong, local authorities said residents must register with their real names when purchasing fever and cough medications at pharmacies so that officials can follow up with them. In the tech hub of Shenzhen, commuters have recently been asked to provide their full names before they can use the subway.

New systems developed by tech companies including food delivery platform Meituan Dianping and Dida Chuxing, a rival of ride hailing giant Didi Chuxing, now require commuters around the country to provide their personal information by scanning QR codes before taking buses, trains and taxis. Those who refuse are not allowed to travel.

“Basic personal information such as income, address and transport data, already collected by the authorities, seems enough but the analysis models to satisfy the demands of public safety are apparently not sufficient.” 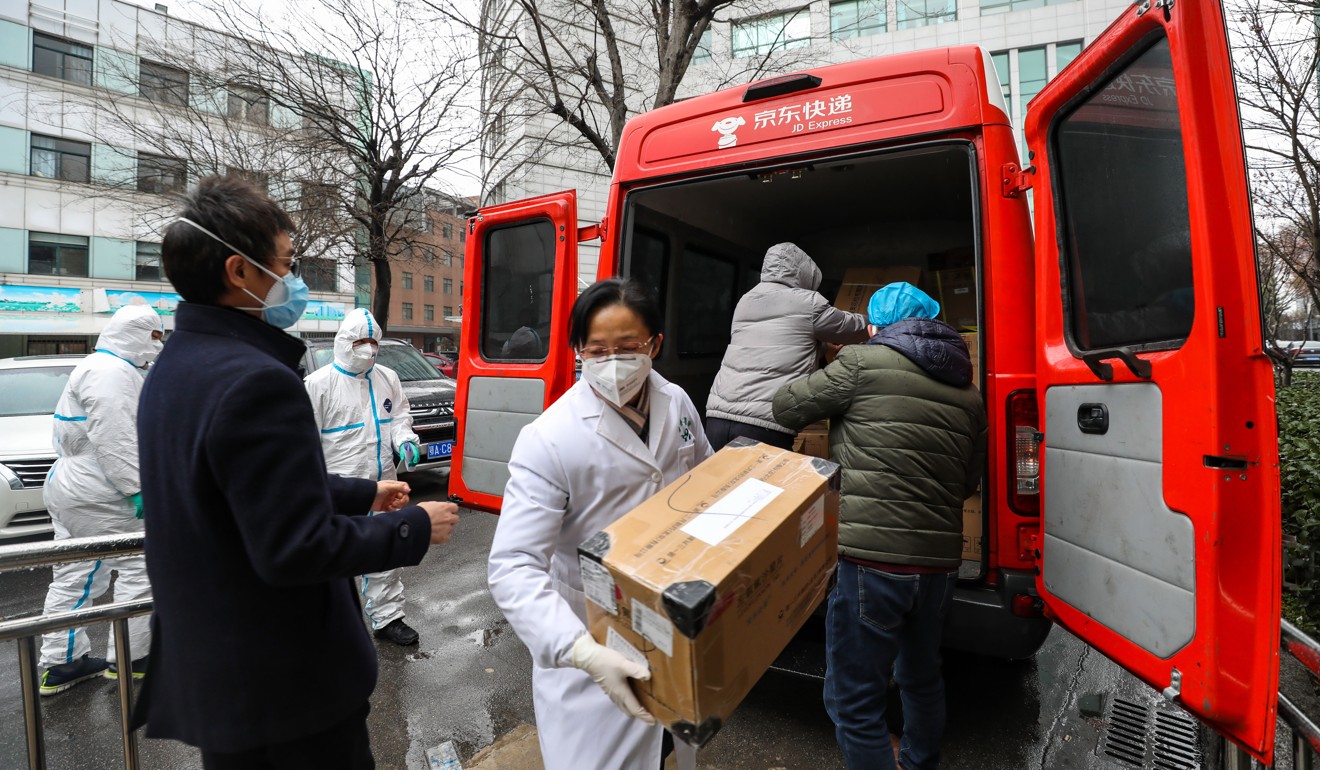 Misleading authorities about your travel history to avoid a mandatory quarantine order has also become a lot harder thanks to a verification system operated by the three state-run telecommunications providers.

For example, China Mobile subscribers can obtain proof of their travel history by texting CXMYD to a coronavirus hotline set up the telecoms operator. In response, the subscriber receives a list of places they have visited in the past two weeks, providing authorities with credible information which can be used to quarantine those who have been to an infected area.

Greater data collection has undoubtedly helped prevent the virus from spreading in China because it enables precise reporting of hotspots.

An epidemic map, published by Chinese search giant Baidu, shows the location of confirmed and suspected cases in real time so people can avoid going to the same places. Qihoo 360, China’s biggest cybersecurity company, is offering an app that lets users check if they have been on a train or plane with someone who contracted the virus.

The efforts to expand data collection is also in line with the central government’s desire to establish a nationwide medical database which can help authorities make quick and effective decisions in future major safety incidents.

“Data should play a role in epidemic diagnosis, treatment methods as well as improving service efficiency,” the statement said.

However, the rush to scoop up even more data to fight the outbreak has led to privacy breaches, especially for residents in the epicentre of Wuhan, some of whom had their names, addresses, daily movements and other personal data leaked on the Internet amid the fear brought on by the spread of the disease.

“In the early stages of the epidemic prevention [in late January] ... government departments, the media and the masses all disseminated personal information,” Liu Xiaochun, executive director of the internet law research centre at the Chinese Academy of Social Sciences University, wrote in an article.

“The leaked information could see these people become isolated and discriminated against.”

Industry observers are warning that moves to collect more information on the digital footprint and medical supply purchases of Chinese citizens must be balanced with personal privacy protection, otherwise it risks a resistance by those unwilling to share their most sensitive data.

“In order to reduce public anxiety over data privacy, we should enhance transparency for data collection, ensure the interest of the public, and clarify the scope for the rules,” said Liu Yuanxing, senior counsel at Beijing-based law firm King & Partners.

Tian Xianjin, a lawyer with Beijing-based DeHeng Law Offices, said, “We cannot rule out the possibility that more personal data will need to be shared and collected to improve public safety, even when the virus ends. But all [data] collection should be within the rules and regulations.”

Hong Kong-based law firm King & Wood Mallesons warned in a report that “medical information should be carefully handled when the virus ends” to avoid intensifying data privacy conflicts. “Any entity should obtain patients’ informed consent to process their data,” it said.

Existing regulations protecting personal information are included in the country’s Civil Law and Criminal Law but the central government is drafting a new law to protect personal data.

“China is reinforcing privacy protection but at the same time it will seek a balance between use of information for public safety and the protection of information," said Tian. “The Standing Committee of the National People’s Congress will arrange legislation of laws to protect personal information this year, and the balance might be reflected in it to some extent.”

The proposed law is expected to be a major step towards safeguarding citizens’ personal information, especially biometric data such as fingerprints and face scans. – South China Morning Post