TM believes that there are other factors that could be preventing users from connecting to game servers, such as multiple login attempts. — SAMUEL ONG/The Star

Telekom Malaysia (TM) has issued a statement saying the company is not blocking access to gaming servers, as was widely speculated on by users on social media over the past two weeks.

"We wish to clarify that Telekom Malaysia Berhad (TM) does not block gaming servers as we fully understand that in the current digital lifestyle, video games and e-sports plays a big part for a lot of people, including us!" TM said in a statement to The Star.

This comes after a number of Unifi users on social media posted tweets citing difficulties accessing gaming servers hosted by companies like Ubisoft, Electronic Arts and Sony's PlayStation. Some claimed they were only able to access the sites after switching to different Internet service providers.

The matter also caught the attention of Communications and Multimedia Minister Gobind Singh Deo, who said he will look into the issue, after a user reached out to him via Twitter.

Unifi through a Twitter posting on Feb 8 said it was monitoring users' feedback on the situation.

The company added that it has conducted a thorough investigation into the matter and contacted the respective service providers. It claimed that other users on other networks were also facing issues to access the gaming servers.

"It was revealed that the issue affected not only Unifi users, but also gamers on other networks in Malaysia and around the world, thus the difficulties faced were not related to TM’s network," it added.

TM believes that there are other factors that could be preventing users from connecting to game servers, such as multiple login attempts.

"We would like to recommend that users reach out to the respective server provider directly to check if there are issues with their login ID or if there are any configuration steps that they might need to check in order to resolve the issue," it elaborated.

The company assured that it has the capabilities to provide the best gaming experience for users.

"On top of that, our state of the art network operations centre proactively monitors our network and continuously optimises data routes to mitigate and eliminate congestions to further enhance the overall experience of Malaysia’s digital users including avid gaming community," said TM. 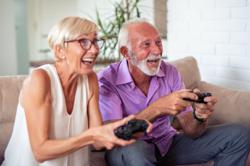