Being different to make a difference 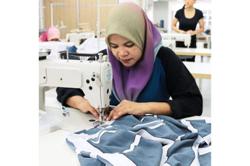 NOT all startups are about chasing the next innovative technology, as some are looking to make real, positive change.

Realising this, the Entrepreneur Development and Cooperatives Ministry (Medac) and its agency, the Malaysian Global Innovation & Creativity Centre (MaGIC), have developed a framework for such startups to be recognised as social enterprises.

To qualify, a company would not only have to prove that it’s effecting positive change but that it’s also self-sustaining, having an income that’s not entirely dependent on donors or grants.

Most work with disadvantaged communities, except for Langit which helps East Malaysian farmers cultivate heirloom crops, and Ape Malaysia which focuses on environmental conservation.

Their work at the NPO, which gave them a taste of rural life in East Malaysia, also allowed them to see the difficulties the organisation faced in running its day-to-day operations due to lack of funding.

This made them look beyond NGOs (non-government organisation) and NPOs to bring about social change.

“It was always our goal to be a social enterprise, we did not want to be an NGO or NPO relying on grants or donations, ” she said, even though the regulation and accreditation for starting a social enterprise was not in place when the company was founded back in 2016.

She claimed that organisations that relied on external funding tended to use up nearly 70% of the money raised just for daily operations.

A social enterprise, on the other hand, is able to leave more money on the table for its actual objectives, she added.

Ape Malaysia representative Mazrul Mahadzir agreed, saying that a reliable source of income allows a social enterprise to focus on its projects.

When the Ape Malaysia team came across the Social Enterprise accreditation programme on MaGIC’s website, it decided to get the company certified for its environmental conservation efforts.

Mazrul said the accreditation process took about two-and-a-half months, during which the team was assisted by an officer from MaGIC.

The company was required to produce extensive documentation and had its financials scrutinised to ensure its money was being used to support a cause or community legitimately.

Ape Malaysia’s accreditation, received last June, has earned it the support of Medac and MaGIC which have helped the startup link up with investors.

The status also allowed it to apply to the Inland Revenue Board for tax exemption for organisations that donate or support its projects.

This didn’t just give it extra support, but also has made it easier for the company to be heard.

It has presented Langit the chance to speak to policymakers, especially those in the agriculture industry, allowing it to highlight the plight of the farming communities it helps.

The company works with seven villages and 35 rice farmers, as well as a ginger farmer in Keningau and a pepper farmer in Terian, both in Sabah.Building communities

Beyond seeking to change regulations, one of Langit’s main focus is to help farming communities holistically.

Chen said the company had to create a supply chain from scratch for the Lun Bawang heirloom paddy farmers.

It recruited villagers and local transporters to take on the challenging task of moving rice from rural Long Semadoh in Lawas, Sarawak to consumers and restaurants in Peninsular Malaysia.

“Our previous working experience with an NPO prior to starting Langit also gave us another advantage – we gained insight into how logistics systems functions in rural areas, ” she said.

She said the Lun Bawang white rice is sold at about RM7 per kg while coloured rice at RM7.20 per kg, of which 35% is returned to the farmers. Unlike most middle men, Langit claimed it doesn’t charge for transportation.

In addition to paying the farmers fair price, Langit also holds workshops on new farming techniques that can work alongside traditional methods, and the use of pesticide and its repercussions.

The Lun Bawang farming practices – limiting harvest to only once annually, using buffaloes to fertilise the fields, and avoiding the use of pesticides – qualifies it to be classified as organic farming, Chen said. So the startup is working with the state’s agriculture department to get Lun Bawang certified and Langit is also devising a production projection based on interviews with the farmers, and is mapping the farmland using drones.

Langit uses online channels such as social media to sell the rice, in addition to taking part in urban pop-up markets.

But when asked about Internet connectivity in rural communities, she joked that they call it “Chipsmore Internet”, as it’s sometimes there, sometimes not.

“Still many of the farmers are on Facebook and even Instagram. They get excited seeing their rice being sold online, ” she said.

Online presence is essential to Ape Malaysia too. Mazrul said there is a fierce competition for attention on social media, so the startup continuously tries to get more followers, and updates existing ones.

The organisation works with the Bornean Sun Bear Conservation Centre, as well as with government agencies and NGOs like the World Wildlife Fund, Sabah Wildlife Department and Kampung Sukau’s village community.

For instance, it provides upkeep, enrichment and stimulation for the bears in the Conservation Centre, and plants trees on a land by the river assigned by the Sabah Wildlife Department.

He says technology like video calls helps make it easier to contact and plan with volunteers, especially because most are from Europe and the United States.

“We are starting to see lots of interest from locals now, though the concept of ‘paying volunteers’ is still very new to Malaysians and they usually don’t understand why a project charges a fee for people to participate, ” he said.

Volunteer fees help cover the costs of their stay and support the programme in the long run.

And the effort is paying off said Mazrul, adding that locals are becoming more aware and involved in preserving Malaysia’s jungles and its wildlife.