The Lunar New Year period sees hundreds of millions of Chinese people return to their hometowns each year. This year, China is using AI and 5G technology to improve the experience for commuters. — SCMP

Hundreds of millions of Chinese people are expected to travel across the country for family reunions over this year’s Spring Festival, and China has unveiled new technologies to improve the experience for them.

At the Hangzhou East Railway Station, passengers who lose their identification cards can get temporary IDs within 30 seconds with the help of facial recognition, according to a report by state media outlet China News Services. The “temporary ID self-service printer” will match the passengers’ faces with their ID numbers and print out the new identification documents, the report said. Previously, passengers had to either queue at staffed counters to get temporary IDs or visit a police station to replace their IDs.

There will also be a security robot powered by fifth-generation mobile network (5G) technology, which will help staff at the railway station to detect suspicious people and behaviour, according to the same report. The robot will use artificial intelligence (AI) to analyse the behaviour of people in the station.

Known as the world’s largest annual mass movement of people, the peak travel period known as chunyun in China typically sees hundreds of millions of Chinese people return to their hometowns to reunite with relatives for the Lunar New Year. Jan 25 will mark the start of the Year of the Rat this year. 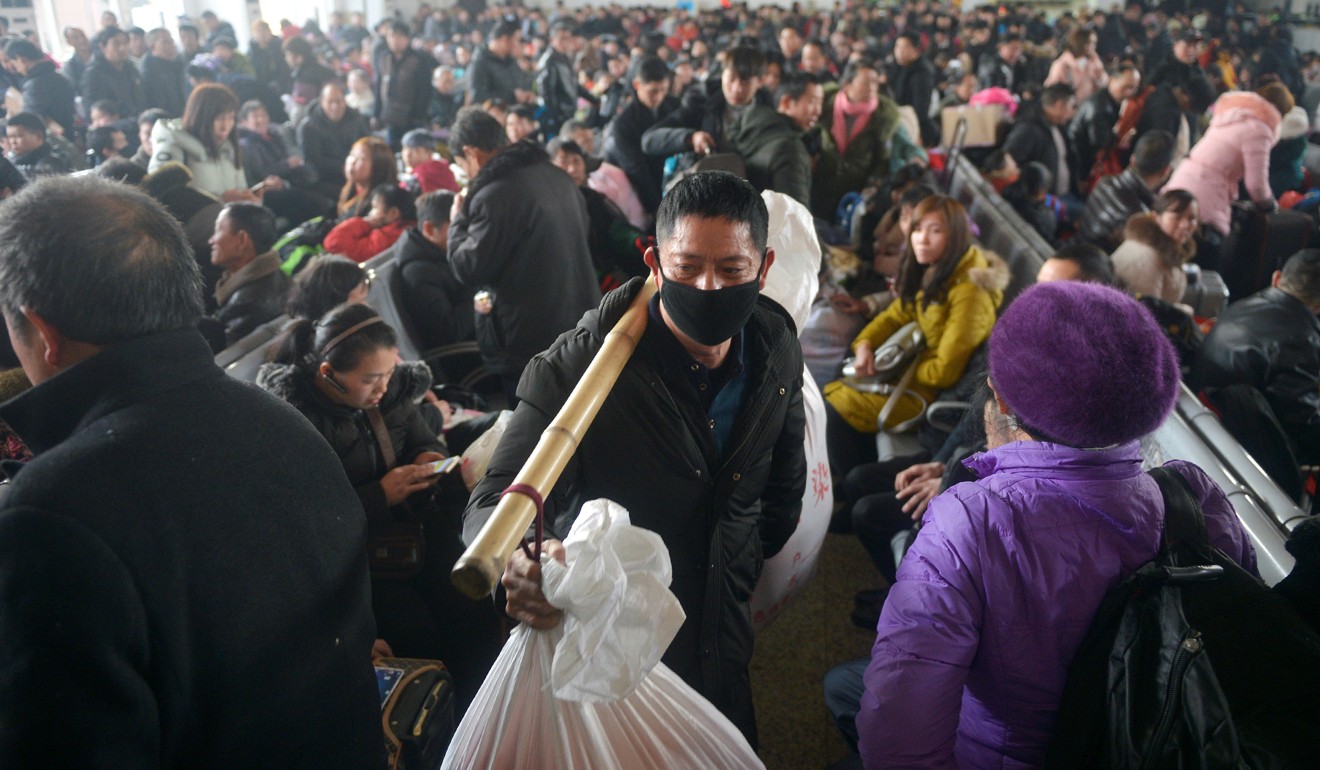 China State Railway Group estimated earlier this month that an average of 11 million train trips will be taken per day, for a total of 440 million rail journeys during the five-week period between Jan 10 to Feb 18. This represents an 8% increase from last year’s figure of around 410 million.

The adoption of AI and 5G technology during the annual peak travel period is in line with Beijing’s emphasis on these technologies in recent years. AI has been deployed for everything from catching jaywalkers to sorting rubbish, while China started rolling out commercial 5G services across the country last year.

The country’s first 5G-covered train route, along the Guangzhou-Shenzhen-Hong Kong high speed railway, also began services on the first day of the Lunar New Year travel season, according to a report by Nanfang Daily, the official Guangdong Communist Party newspaper.

The 5G project along the rail route, a joint effort by telecom operator China Mobile, China Railway Guangzhou Group and Chinese telecommunication equipment maker Huawei Technologies, started construction September 2019 in preparation for the travel season. Over 300 5G base stations have been planned along the route and the signals will also cover the tunnels and stations, the report said. 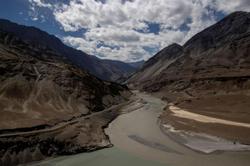 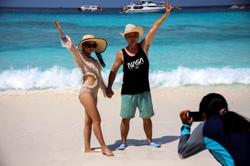