Grocery-carrying robots are coming. Do we need them?

A cargo-carrying robot called the Gita sits near a waterfront park in Boston. A subsidiary of Italian automaker Piaggio designed the machine to follow its owner carrying groceries and other items. — Photos: AP

BOSTON: The first cargo-carrying robot marketed directly to consumers is on sale this holiday season. But how many people are ready to ditch their second car to buy a two-wheeled rover that can follow them around like a dog?

Corporate giants like Amazon, FedEx and Ford have already been experimenting with sending delivery robots to doorsteps. Now Piaggio, the Italian company that makes the Vespa scooter, is offering a stylish alternative to those blandly utilitarian machines – albeit one that weighs 50 pounds (23 kilogrammes) and costs US$3,250 (RM13,564).

It’s named the Gita (JEE’-tah) after the Italian word for a short, pleasurable excursion – the kind you might take to pick up some lacinato kale and gourmet cheese at the farmers market. Its creators have such trips in mind for the "hands-free carrier” that can hold produce and other objects as it follows its owner down a sidewalk.

"We’re trying to get you out into the world and connected to that neighbourhood you decided to move to because it was so walkable,” said Greg Lynn, CEO of Piaggio’s tech-focused subsidiary, Piaggio Fast Forward. 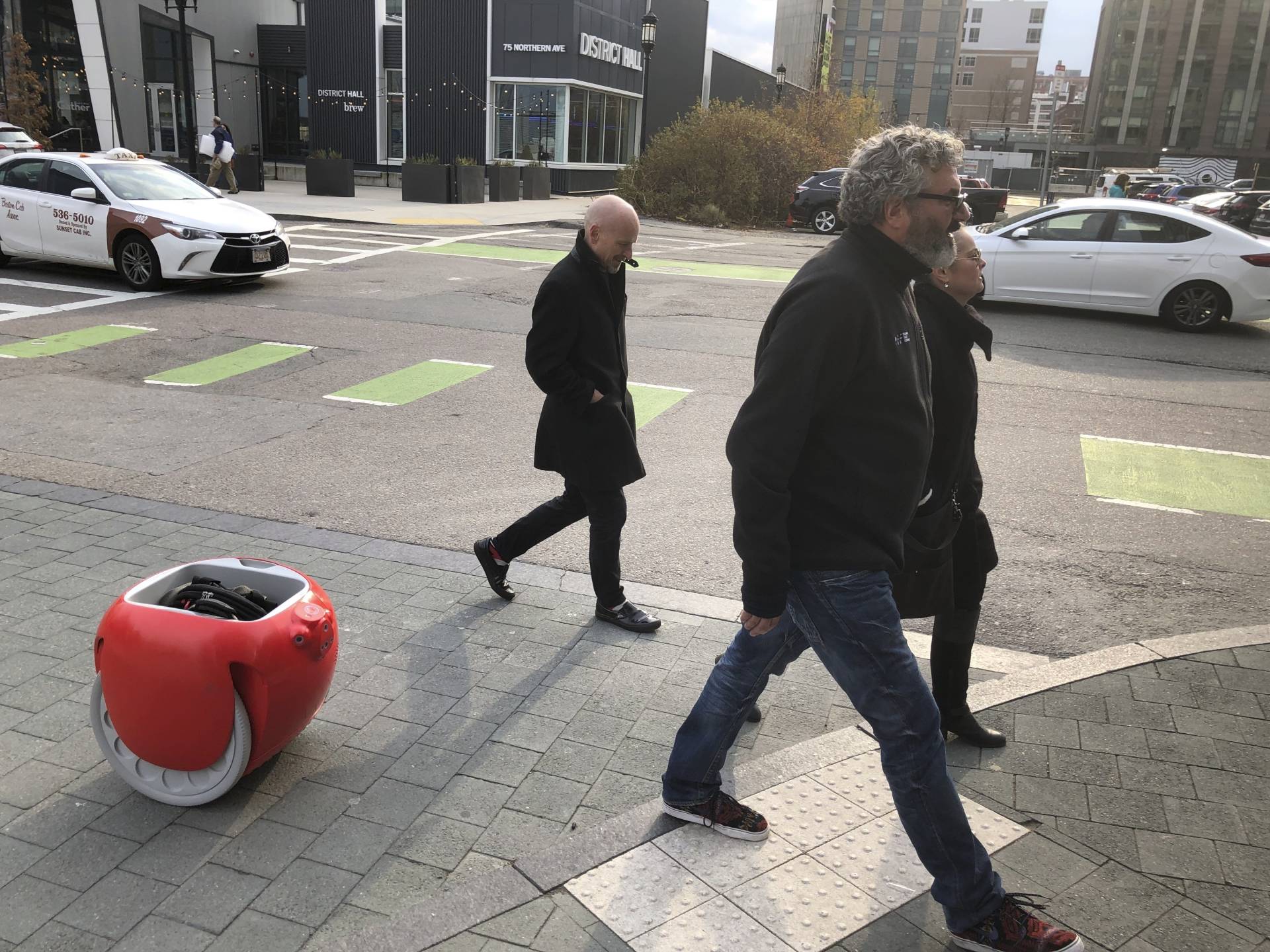 Lynn, center, is followed by his company's Gita carrier robot as he crosses a street in Boston. The two-wheeled machine is carrying a backpack and uses cameras and sensors to track its owner.

Tech industry analysts are already declaring the Gita as doomed to fail unless it finds a more practical application, such as lugging tools around warehouses, hospitals or factory floors.

"That’s a lot of money for what is in effect just a cargo-carrying robot that’s going to carry your groceries,” said Forrester technology analyst J.P. Gownder.

On a recent November morning, Lynn was hunched over in a Boston waterfront park, pushing a button that triggered a Gita to "see” him with its cameras and sensors. Then came a musical whirring sound as the device – a squarish, bright red bucket with two oversized wheels – rose up and signalled it was ready for a neighbourhood stroll.

A young boy in a stroller pointed excitedly. Another pedestrian asked to try it, and playfully shouted "ah!” as it swerved around, keeping in pursuit as she switched directions.

The Gita doesn’t require a phone or intrusive people-tracking technology such as facial recognition or GPS.

"It basically just locks onto you and tracks you,” said Piaggio Fast Forward’s other co-founder, Jeffrey Schnapp. 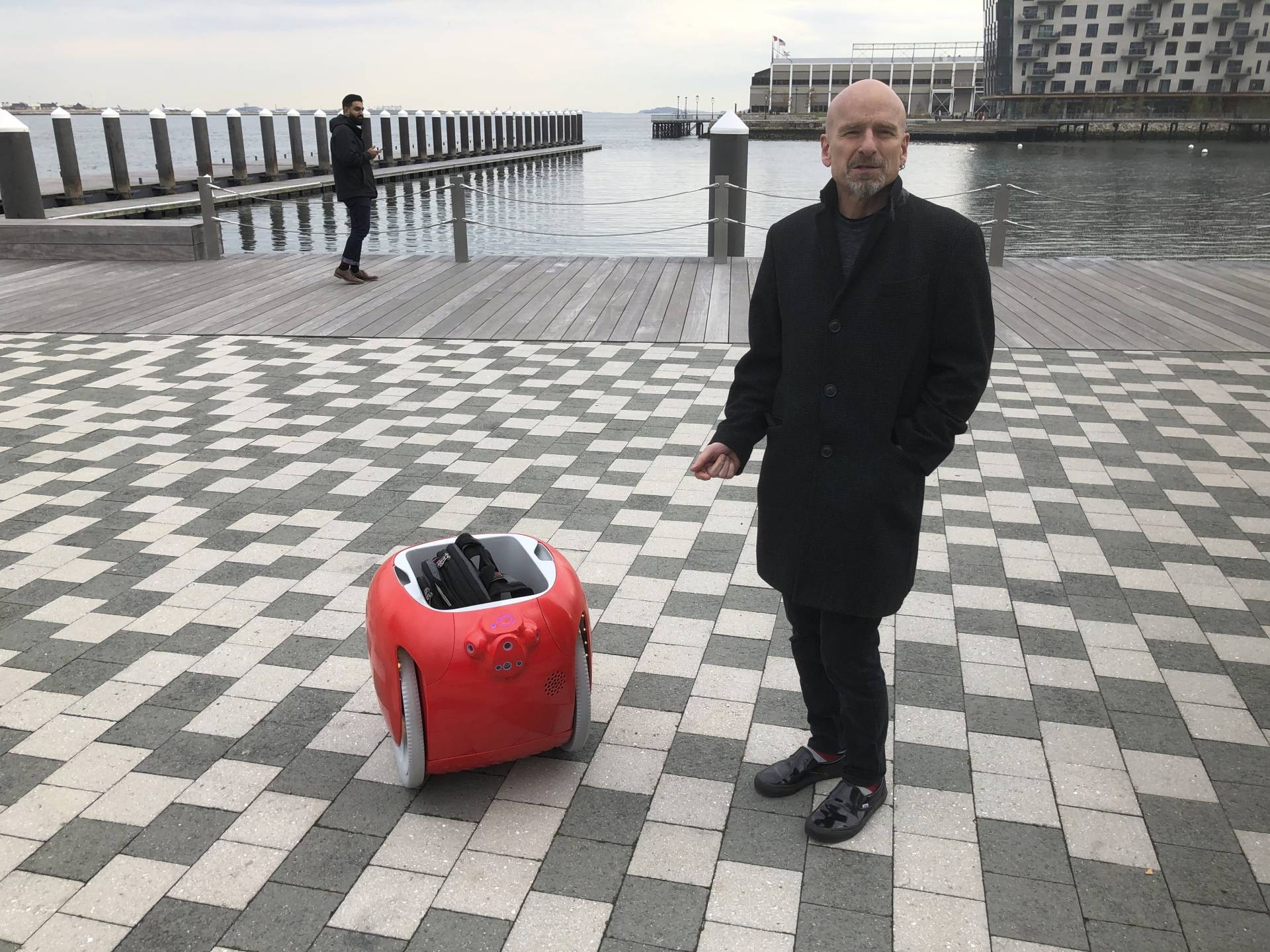 Schnapp talking about his company's cargo-carrying robot called the Gita in Boston. The machine uses cameras and sensors to follow its owner carrying groceries and other items.

Other startups like Starship Technologies have a more conventional business plan for their own delivery robots. The company charges a delivery fee starting at US$1.99 if you order its rovers to bring you a Starbucks coffee or a lunch from Panda Express.

So far, the best habitat to find Starship’s six-wheelers are relatively confined spaces such as college campuses; the University of Houston and the University of Wisconsin-Madison rolled them out this fall. The robots, which look like oversized ice chests on wheels, can carry up to 20 pounds (9 kilogrammes).

"I love them. I think they’re so cute!” University of Houston freshman Sadie Garcia said as one of the machines rolled up with a bagel sandwich she’d ordered. She said she was so cold she didn’t want to leave her dorm.

Starship co-founder Ahti Heinla said his San Francisco startup once looked at selling the machines directly to consumers, but dropped the idea after realising it would have to price them at more than US$3,000 (RM12,520).

Amazon is experimenting with a similar-looking machine that delivers retail goods in a handful of US neighbourhoods. FedEx is testing its own delivery rover in partnership with Pizza Hut, Walmart, Target and Walgreens. Ford has showed off a gangly two-legged robot to carry items to homes. So far, none are as far along as Starship, which has hundreds of its machines already in service. 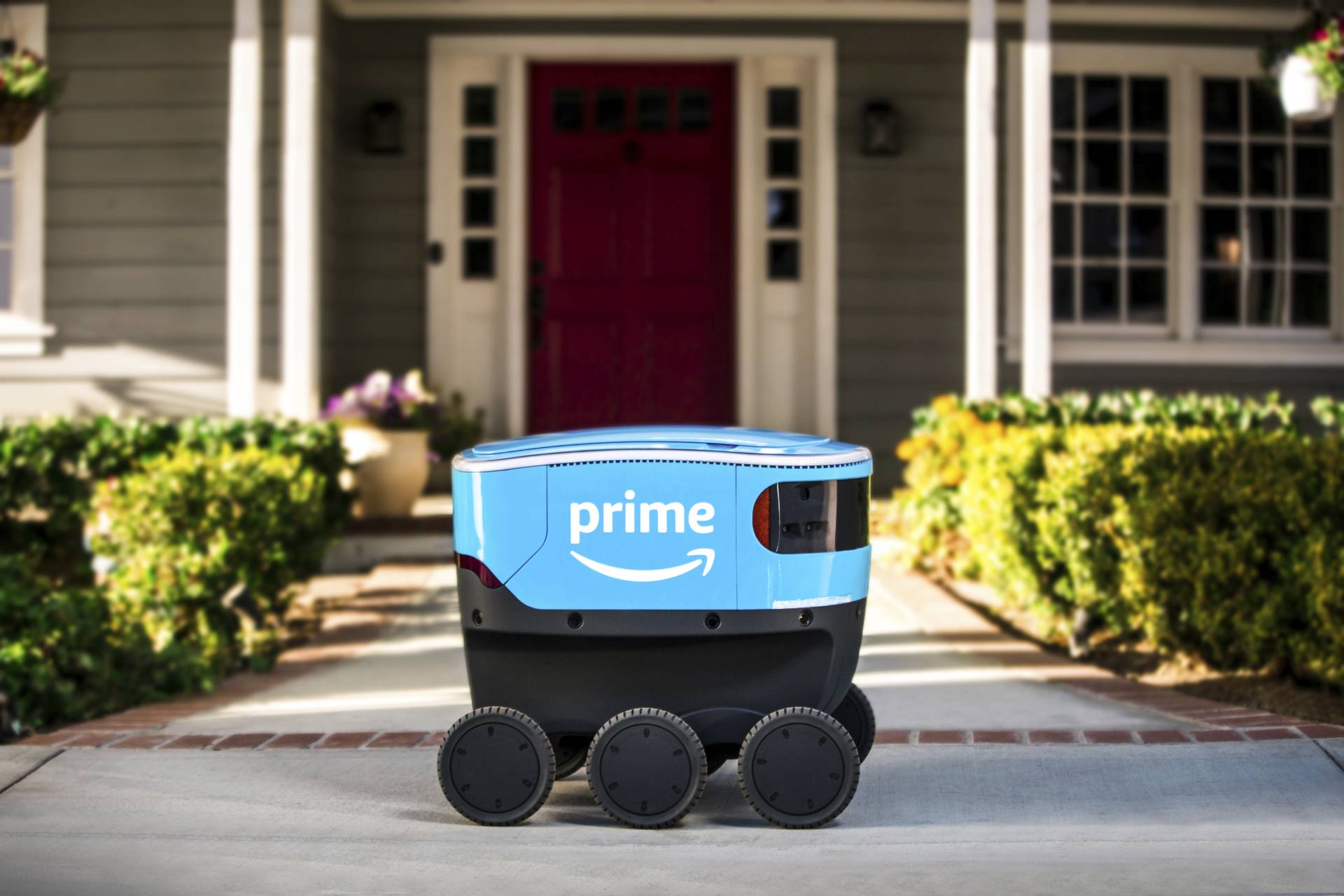 A self-driving delivery robot that Amazon is calling Scout. The online shopping giant says it started to test self-driving robots in Snohomish County, Washington on Jan 23, 2019, that can bring Amazon packages to shoppers' doorsteps. — Amazon/AP

While Forrester’s Gownder isn’t impressed with the Gita, he’s bullish about delivery robots of the Starship variety because their autonomy will help save labour costs. Gownder said it’s more of a question of whether ground-based rovers or aerial delivery drones will prove more successful.

The wheeled cargo robots that have already made it out into the wild have significant limitations.

Starship’s machines still require plenty of manual supervision to load them with food orders. They rely on remote pilots to troubleshoot navigation problems. Customers also have to check a phone app to tell the vehicle where to go and to unlock the bin once it arrives.

The Gita, meanwhile, might still be impractical for many people. It favours paved environments that are dense enough to have stores in walking distance, but not so dense that the machines get lost in the crowd.

And anyone who is simply looking to pull home groceries without heavy lifting can find durable wagons online for less than US$100 (RM417). – AP