Motorola’s Razr is back, with a foldable screen

In this age of reboots, Motorola’s famous flip phone the Razr is making a comeback with a foldable display and an eye-watering US$1,499 (RM6,233) price tag.

Bloomberg reports that the smartphone will be available for pre-order in Europe and the United States by December, and in stores by January. It is also expected to be on sale in Latin America, Asia and Australia.

The original Razr was launched in the US back in 2004 and rapidly became a cultural icon, selling some 130 million units. Though it retains the Motorola name, the brand is now owned by China’s Lenovo Group Limited.

The new 6.2in Razr smartphone is being billed as a foldable smartphone that closes shut like its clamshell predecessor, rather than a smartphone with a vertical hinge that folds open into a tablet.

When unfolded, the Razr looks and works like most other Android phones with a full touchscreen version of Google’s OS. Closed shut, it becomes a square about half the size of an iPhone 11 Pro Max, with a 2.7in exterior touchscreen that allows for quick access to oft-used functions and checking notifications. 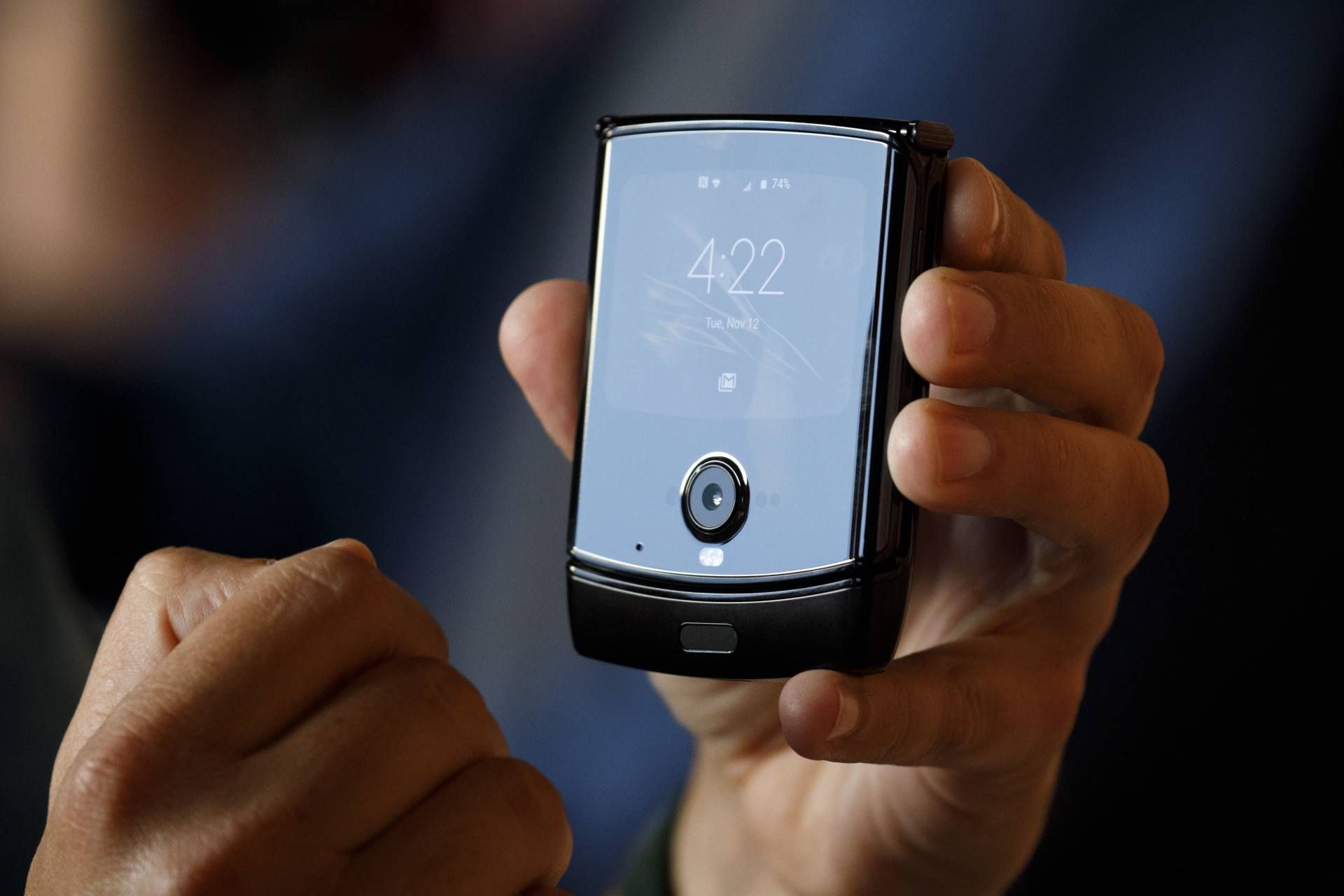 Flipping it shut will also allow users to hang up calls in (retro) style.

Despite the premium price, the device’s hardware comes with some compromises, including a smaller 2,510mAh battery. It is also powered by a more middle-range Snapdragon 710 chip while running on Android 9.0 (Pie) out of the box.

It also lacks a 3.5mm headphone jack, has 128GB storage with no expansion options and will only be available in a black coloured shell.

Based on a brief hands-on test with the smartphone, Bloomberg said it felt and looked impressive though the screen felt fragile.

Motorola design chief Ruben Castano assured that the device would be robust, having stainless steel structural plates between the bottom of the inner screen and the device’s internals, with a layer that will help prevent particles like sand from going into the device’s electronics and breaking the display. When unfolded, the Razr looks and behaves much like any other Android smartphone.

Motorola president Sergio Buniac told Bloomberg that the phone’s launch is not expected to be a “silver bullet” for rocketing Motorola’s sales.

He added that the Motorola brand had already turned around into a profitable unit, and the new Razr was intended to help with that even without strong sales.

“We wouldn’t be bringing the product to market if we didn’t think it was ready, ” said Buniac.