Fishing for scooters in the shadow of the Eiffel Tower

An employee of bicycle sharing service Lime patrols to fish abandoned electric scooters out of the River Seine in Paris, France. — Photos: Reuters

PARIS: The proliferation of electric scooters for rent in the French capital has spawned a new Parisian profession: scooter fisherman.

Youva Hadjali, who works for the scooter startup Lime, was perched on the banks of the river Seine on Friday in the shadow of the Eiffel Tower, pulling discarded mud-covered scooters from the water.

Dressed in shorts, training shoes and sweatshirt, he threw a rope with a metal hook on its end into the water, pulled until he snagged a scooter, and then dragged it out of the water. 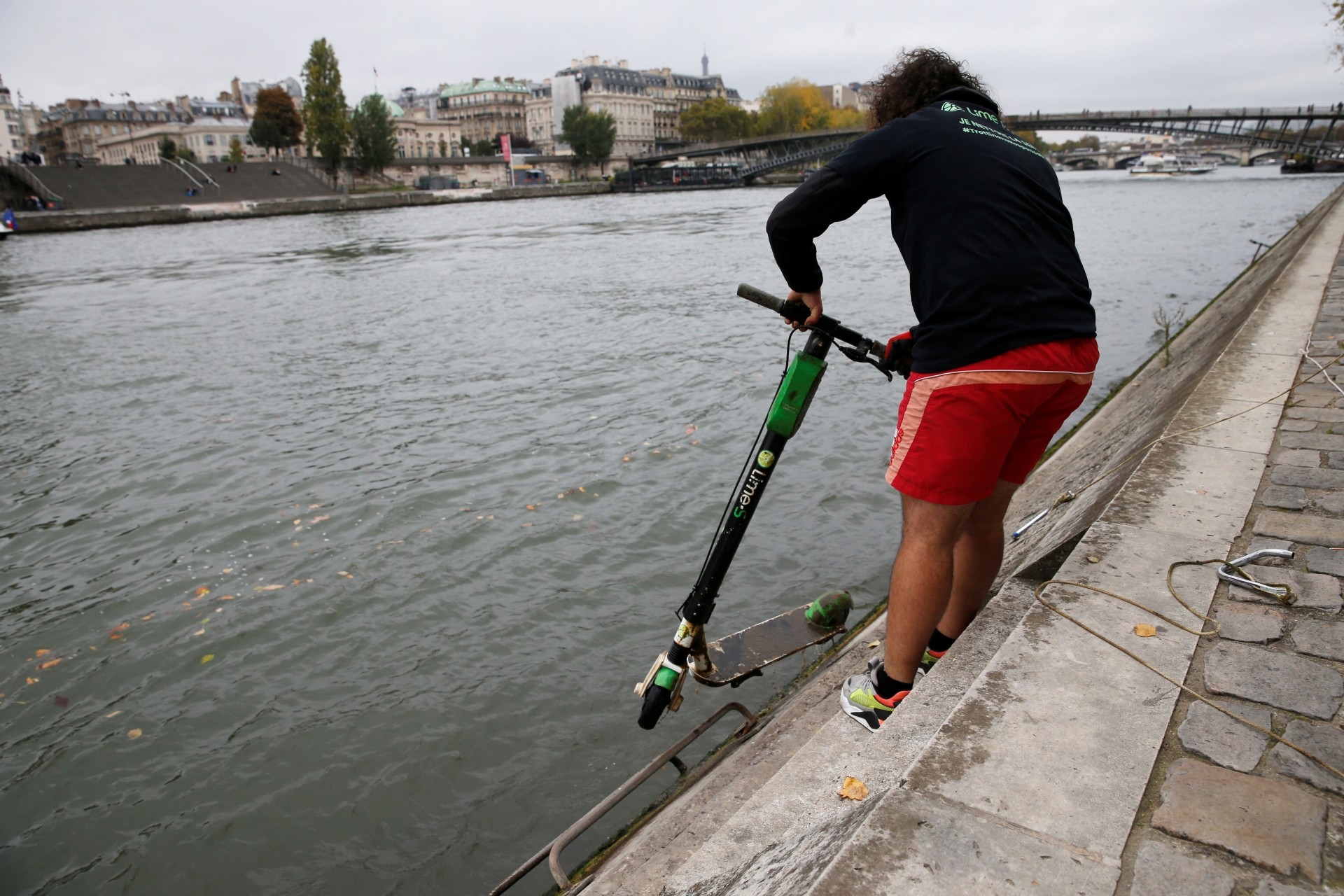 A Lime employee fishing an abandoned electric scooter Lime-S out of the River Seine in Paris, France.

Over the course of three hours on the riverbank, he and his colleagues pulled out 15 of the scooters, covered in river mud and algae. The company says where possible, it recycles the salvaged scooters.

"Usually you pull and you get it out," said Hadjali. One scooter though defeated him; its handlebar was wedged into the stone quayside and had to be left where it was. 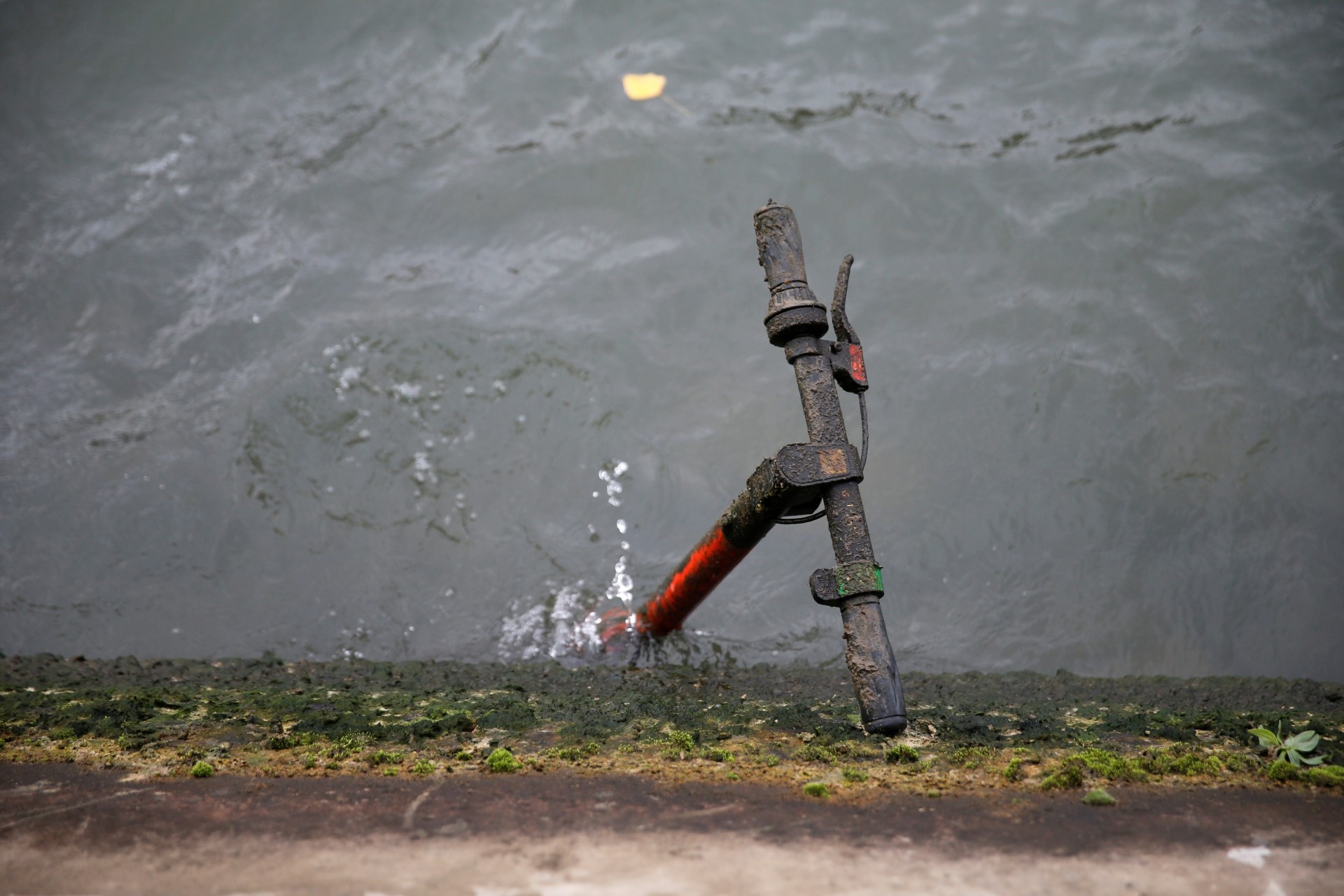 An abandoned electric scooter is seen in the River Seine.

The scooter clean-up patrol is one byproduct of a global explosion in shared electric scooters that has helped transform urban mobility but has also stoked a backlash from people angry that their city streets are littered with carelessly parked or discarded scooters.

"I walk by the Seine every day, and the past couple of years it's really become very dirty," said Paris resident Corinne Ducrey, who was watching Hadjali and his clean-up crew.

"It's a very good idea. We should educate people so the electric scooters don't end up in the Seine – that's even better."

There are about 20,000 rental scooters provided by a dozen companies in Paris. The city's mayor, Anne Hidalgo, has described them as "anarchic" and transport minister Elisabeth Borne said the city was experiencing "the law of the jungle”. Lime set up a team of workers, called the urban patrol, that combs the streets and waterways of Paris, clearing up discarded or badly parked scooters.

To try to restore control, officials this year started charging operators a fee to rent out their scooters and are levying on-the-spot fines on users caught parking the scooters in the wrong place or riding on the sidewalk.

Lime set up a team of workers, called the urban patrol, that combs the streets and waterways of Paris, clearing up discarded or badly parked scooters.

"We collaborate closely with city hall because we need to have a good relationship with them," said the head of the team, Sonthay Detsaboun. "That's why we created the urban patrol." – Reuters