After layoffs and a PR disaster, some Blizzard employees dreaded BlizzCon

A file photo of gamers competing during the Activision Blizzard Inc, annual fan convention and tournament championships at the Anaheim Convention Center on Nov 6, 2015 in Anaheim, California. — Los Angeles Times/TNS

Employees of Blizzard Entertainment always look forward to BlizzCon, the Irvine-based gaming company's annual event for fans. Although preparing for it takes weeks of frenzied work, it's a chance to debut games they've been toiling on, and the thousands of fans who pay more than US$200 (RM833) a ticket for entry treat anyone with an employee badge with reverence.

"BlizzCon is sort of like the Christmas of Blizzard," one staffer said.

Some were looking forward to this year's edition, held Nov 1 and 2 in Anaheim, more than usual as a much-needed respite after a punishing and anxious 12 months.

In October 2018, Mike Morhaime, the company's beloved founder, stepped down as president. BlizzCon 2018, falling a few weeks later, was greeted by fans and gaming critics as a letdown, with the major product release, the mobile game Diablo Immortal, drawing jeers. Then, in February, came the heaviest blow yet: the layoff of roughly 800 people, or about 8% of the company's workforce. Coming after the company reported record-setting profits, bringing in US$7.5bil (RM31.24bil) in revenue in 2018, it was a shock.

To some employees who made it through the past 12 months, this year's BlizzCon represented an opportunity for a do-over, a reset – a "make-up baby", as the staffer put it. It could mark the end of a difficult era for Blizzard and the beginning of a promising new one.

Then everything got worse.

In early October, with Blizzcon less than a month away, eSports player Blitzchung appeared on a Taiwanese broadcast for a post-match interview in a gas mask and goggles, and yelled in support of the pro-democracy protests roiling Hong Kong. As punishment, the company kicked him out of the tournament, revoked his US$10,000 (RM41,655) in winnings and banned him from Hearthstone esports for a year.

In response to the perceived curtailment of free expression by an American company with partial Chinese ownership, an army of gamers took to Reddit to howl their outrage and #BoycottBlizzard trended on Twitter. As the furore mounted, US senators called out the company for abandoning free speech values and bowing to the Chinese government in exchange for a "quick buck".

Employees said they have fielded venomous backlash on social media and in emails and been confronted by passersby while wearing company apparel off Blizzard's campus. Then they braced for in-person protests as Blizzard ramped up security for BlizzCon, according to internal emails and accounts from three current employees and two former employees who declined to be named because they were not authorised to speak on the matter and feared professional repercussions.

In a statement, Dustin Blackwell, a Blizzard Entertainment spokesman, said, "BlizzCon has always been a place where we celebrate the passion and diversity of the Blizzard community, where we encourage and support the many creative and thoughtful ways attendees share and reflect their views and interests – and this year will be no different....The safety and security of our attendees is and has always been a top priority, and every year we iterate with new measures to bring our event even more up to date while doing everything we can to create a comfortable environment for everyone."

Within Blizzard, the reaction to the company's punishment of Blitzchung was immediate but far from uniform. On the morning of Oct 9 at the company's campus in Irvine, roughly 30 employees walked out in protest. From 10am until around 6pm they huddled around a 12-foot-tall statue of an orc that stands in the center of a courtyard. A creature from fantasy, the orc is seen as a symbol of Blizzard's offbeat culture. Although it was a sunny day, many protesters brandished umbrellas, a symbol of resistance in Hong Kong, where pro-democracy protests have roiled the streets for months. (A wave of protests in 2014 were dubbed "the Umbrella Revolution.")

Meanwhile, inside the buildings strewn around campus, there was a less visible discussion taking place, on the internal messaging system Slack, which the company had recently started using. Was the company's decision appropriate? Should Blizzard walk back its punishment? employees wondered, according to one employee who participated.

Outside the company, the loudest voices expressed certitude that Blizzard had done something wrong. But within its walls, the discussion was more nuanced, with some believing the critics were holding Blizzard and its parent Activision – which is worth 42.8 billion and employs a workforce of roughly 9,000 – to an unfair standard. Many workers defended the decision, and the discussion at times grew heated.

"There are a lot of differing opinions on what role political speech has within Blizzard," an employee said. "Is (there) a moral imperative to do the right thing – do we just provide fantasies for people to set their real life aside?"

As rank-and-file workers debated the right course of action and watched backlash grow online, they waited for words of explanation or encouragement from Blizzard's leadership.

It wasn't until after nearly four days the company broke its silence with a statement from J. Allen Brack, president of Blizzard Entertainment, walking back the worst of the punishment it had issued for Blitzchung, whose real name is Ng Wai Chung.

The length of Ng's ban was cut to six months, down from one year, and the company said it would give him the US$10,000 (RM41,655) in prize winnings it had revoked, since Ng had "played fair". Ng could participate in the next Hearthstone Grandmaster's tournament if he wanted.

Externally, the statement, in which the company said it would continue to enforce limits on non-gaming speech in official company broadcasts, did little to reduce the pressure.

Prominent former Blizzard employee Mark Kern, who led the team that created World Of Warcraft, tweeted that the statement was ludicrous legalese that only reinforced the idea that the company will restrict players' speech if it offends the Chinese government. (Earlier, Kern had called for a boycott of Blizzard.) A bipartisan group of US congressional members signed a letter calling on the company to reconsider its stance.

Fight for the Future, a digital rights advocacy group, declared a protest at BlizzCon and called for a blanket protest of companies that acquiesce to the Chinese government's interests. A Facebook event titled Raid Blizzcon 2019 Dressed as Winnie The Pooh started as a joke but developed into plans for a real protest as hundreds of people RSVP'd. (Winnie the Pooh is a protest meme in China, as Chinese President Xi Jinping is said to bristle at the supposed resemblance.)

Brack's statement helped to dissipate some anger internally, and discussion shifted in Slack channels from debate about the company's actions to managing repercussions for BlizzCon, as staff have busied themselves with preparations for the event.

One current employee and two former employees described Blizzard as a workplace where political discussions are mostly reserved for private conversations, not played out in public forums as they famously are, or at least used to be, at Google and other Silicon Valley companies that encourage employees to "bring their whole selves to work."

Against that backdrop, the idea of asking gamers to keep politics out of official streams did not seem absurd to everyone.

Some employees also saw Blizzard as unfairly singled out for its Chinese ties. Tencent, a massive Chinese company, owns a partial stake in Activision Blizzard, fueling unsubstantiated social media claims that Tencent was behind the decision to punish Ng. But competitor Riot Games is fully owned by Tencent, which also owns a 40% stake in Epic Games.

"Blizzard is not the only company that has a lot of ties to China," one employee said. "Blizzard is just the first one that got their hand caught in the cookie jar."

The tough punishment meted out to Blitzchung was less a sign of obeisance to China than a symptom of a subtler shift in company culture, said three current and former employees who believe Blizzard has become increasingly corporate and less focused on its values and its people since Morhaime's departure. One former employee pointed to the way Morhaime took a stand against the #GamerGate movement, a harassment campaign against a female game developer and a proxy for backlash against inclusion and diversity in the gaming community.

Lingering nostalgia for Morhaime and his more accessible leadership style has contributed to a feeling among some employees that Blizzard is no longer run by Blizzard executives, but rather controlled by its Activision parent, based in Santa Monica.

Andrew Reynolds, publishing director of Global Esports at Blizzard Entertainment, declined to comment on the company's leadership style but pointed to a tenet in Blizzard's mission statement that reads "Every Voice Matters", and encourages every employee to "speak up, listen, be respectful of other opinions", and embrace criticism as just another avenue for great ideas.

With regards to BlizzCon, Blizzard management made some attempts to ease mounting employee concerns in messages reviewed by the Times. In early October, chief security officer Mark Adams sent an email notifying employees of increased security guards and patrols because of protesters gathered outside the campus. Executive producer of BlizzCon Saralyn Smith sent a follow-up on Oct 18 to assuage concerns about potential security threats at BlizzCon. Smith wrote that she and Adams would host a town hall in the coming weeks, although it couldn't be confirmed whether the town hall happened.

Blackwell, the Blizzard spokesman, said in a statement that the company welcomes "open, constructive, and civil discussion of different perspectives at the show."

BlizzCon attendees who wanted to gauge the mood inside the company for themselves had the opportunity at a session titled Life at Blizzard: Career and Culture Insights. It's a programming decision that struck at least one ex-employee, who was among those laid off in February, as questionable given the context.

"(D)o you think, of all the years, this is the year you do a panel about working at Blizzard?" she tweeted. – Los Angeles Times/Tribune News Service 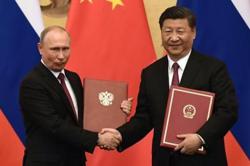 Xi: China to continue working with Russia and reject intervention 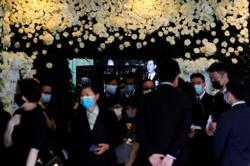