Five things new smartwatches can do for you

Autonomous smartwatch from Mobvoi: The Ticwatch Pro 4G has an LTE modem on board. — dpa

You probably don't suffer from a heart rhythm disorder. But who says you shouldn't be able to use your smartwatch's EKG function to check for cardiac conditions? Smartwatch features are getting pretty futuristic, as a glance at some of the latest models reveals.

A stylish extention of your phone on your wrist or a sports tracker with a wealth of features – smartwatches have many faces. We look at a selection of the latest products.

Garmin How much oxygen is in my blood?

Garmin has announced a new GPS sportswatch, the Venu, which can measure oxygen saturation in the blood and the respiratory rate using its pulse monitor.

With a 1.2in, energy-saving AMOLED touchscreen display, the watch is said to last up to five days without charging.

With four gigabytes (GB) of memory, the watch can hold a lot of music and contactless payment is possible via Garmin Pay. The Venu is available in four colour variants and costs US$420 (RM1,751).

Garmin has also upgraded its Vivoactive sports watch with many fitness tracking functions and sports profiles. The Vivoactive 4S or 4 is available from US$310 (RM1,292).

Asus has positioned its new Vivo Watch SP model somewhere between a fashionable smartwatch and a functional sports watch, featuring GPS and a heart rate monitor which will also let you check for oxygen saturation in the blood.

But there's also an EKG function to help you check for certain heart disorders, just like Apple announced in a head-turning feature on its Apple Watch.

The price and release date of the new Asus watch have not been announced.

The Galaxy Watch Active2 is also set to become one of the first Android watches to get its very own EKG sensor. However, this rare health function on smartwatches is only set to be activated in 2020, according to Samsung.

Samsung's latest smartwatch lets you swipe your finger along the outer rim to do things like control apps and scroll through messages on the AMOLED touchscreen.

Mobvoi: Leave your phone at home

Just like Samsung, Mobvoi has made its latest budget Android smartwatch, the Ticwatch Pro 4G, more autonomous by adding an LTE modem.

In other words, your watch will continue to be able to stream music, get messages and stay online even if your phone is off or at home.

Otherwise, the water-proof and dust-proof (IP68) stainless steel case has retained the chronograph style of the previous model.

Fossil: Have a conversation with your wrist

The Fossil Group has announced its fifth generation of Android Wear smartwatches with the Carlyle HR and Julianna HR, each costing US$330.

They include a speaker, which, in conjunction with the integrated microphone, enables direct phone calls as well as conversations with the Google Assistant. It's also possible to listen to music without headphones.

Fossil also licenses its smartwatch technology to other brands. New models based on the fifth generation include bling-bling models such as the Bradshaw and Lexington 2 from Michael Kors, a sporty and colourful watch from Puma, a fashion-futuristic design from Emporio Armani (Smartwatch 3), and some beefy industrial chic from Diesel (Axial).

All models in the Fossil family have a powerful processor in the new Snapdragon 3100. Features include a 1.28in AMOLED display, GPS, a gyroscope, an altitude and acceleration sensor, and a heart rate monitor that displays its data via a cardiogram app.

Never have to recharge again: That's the promise from Matrix Industries' Powerwatch 2, which is charged mostly by thermoelectric energy gains.

The greater the difference in temperature between the skin of the wearer and the air, the more power is generated. Energy is also generated by solar cells in the display.

The watch also has GPS and a heart rate monitor. Prices start at US$645 (RM2,689) for the version with a standard plastic bracelet. – dpa 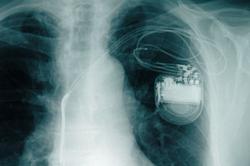 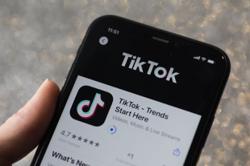