The group of kids, aged seven to 12, sat around a table, trying to follow along with the reading assignment. It was after lunch. Energy was high, attention spans short.

Nobody held books, though. And a teacher wasn’t reading.

Amazon.com Inc’s Alexa was conducting story time, queuing up professional narrators to read the story aloud, quizzing the kids in its robot voice and offering hints when someone flubbed an answer to questions about Davy Duck’s Grumpy Day. 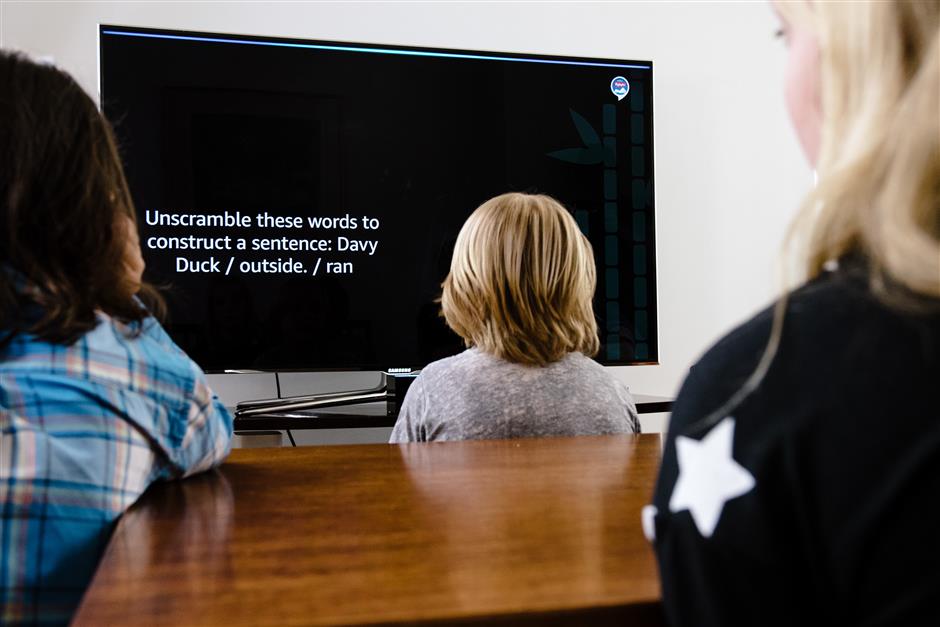 Voice software has colonised smartphones, car dashboards and the living room. If the technology follows the trail blazed by tablet and cloud computing, the next frontier may be the classroom.

That’s why Irina Fine convened the group of primary school students to test the latest iteration of the educational voice software built by her startup, Bamboo Learning Inc. “There is a preference for voice with the younger generation,” Fine says. “It’s hard to imagine for it not to be everywhere.”

Founded by Fine and Ian Freed, a former Amazon executive who helped introduce Alexa to the world, Bamboo has appropriately Amazon-sized ambitions. “Our goal is to build a company that is the leader in voice-powered education,” Freed says.

To get there, Bamboo will have to prove its product isn’t a gimmick and stand out from a crowd of competitors trying, many with limited success, to build a business on top of software best known as a digital trivia machine and music box. For now, the startup is targeting parents and children but says the technology could eventually wind up in schools if it catches on. 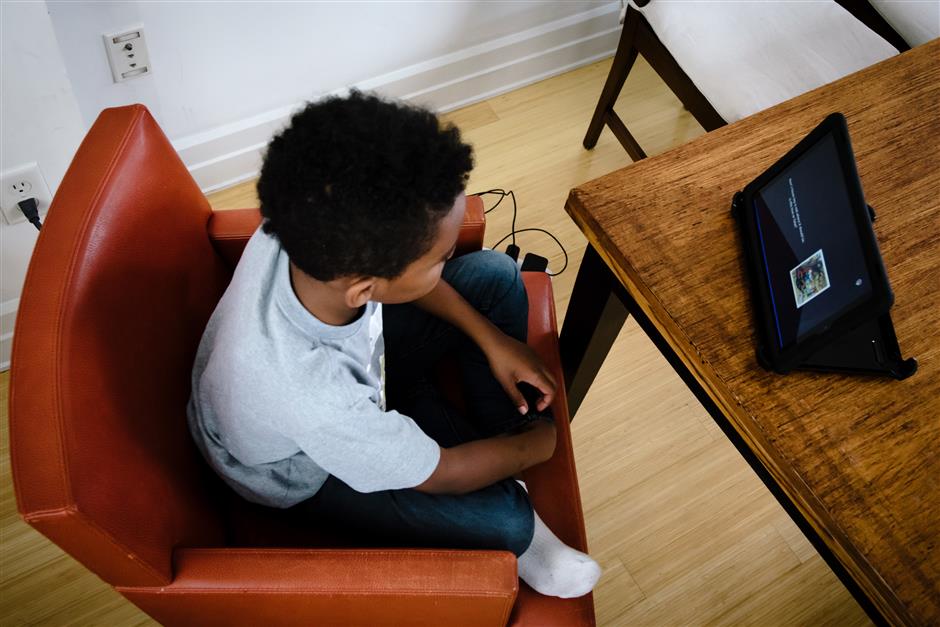 The startup is targeting parents and children but says the technology could eventually wind up in schools if it catches on.

Persuading parents that Alexa is an appropriate education tool for kids could be tricky. Amazon’s voice assistant has been caught up recently in debates about privacy in the digital age. Bloomberg reported in April that human listeners review some Alexa voice recordings. Meanwhile, a coalition of advocacy groups accused Amazon of violating a kid’s privacy law with its smart speakers. Amazon says it complies with the Children’s Online Privacy Protection Act, or COPPA.

Boosters of voice technology will also have to make their case to educators, some of whom are already reeling from heated debates about whether the use of gadgets in the classroom is helping kids learn or simply diverting resources from school district budgets to the likes of Apple Inc and Alphabet Inc’s Google.

“So much of what’s happening in the ed tech space is being driven by this notion that we have to use more technology, and newer technologies, in our classrooms,” says Josh Golin, executive director of the Campaign for a Commercial-Free Childhood, which was among the advocacy groups accusing Amazon’s Alexa of running afoul of COPPA. “And there’s very little evaluation that takes place prior to the adoption of these technologies. If I was a principal or a curriculum director, what I would want to understand is how is this going to help me teach kids more effectively and efficiently.”

Fine and Freed met in the early 1990s. Freed, who grew up in Chicago, found himself in Moscow, where his small consulting firm had won a contract to analyse what part of the old Soviet telecommunications networks could be used to access the internet. A two-week assignment for the state privatisation agency turned into five years helping refashion a centrally planned economy into a market-driven Western one. Fine, a classically trained musician and linguist from the Russian city of Archangel, started at Ian Freed Consulting as a receptionist. By the time she left, she was helping manage the operation from Moscow.

Their paths split from there.

Fine would go on to work in consulting and educational curriculum development.

Freed stayed in the tech industry, ultimately joining Amazon in 2004 and spending about a year in the coveted role as chief executive officer Jeff Bezos’s “shadow”, or technical adviser. Then he went on to help build Amazon’s Kindle e-reader.

He was at the meeting in 2011 when an Amazon team pitched Bezos on voice software and, subsequently led teams working on Amazon’s Fire smartphone and Echo smart speaker. The phone landed with a thud and was discontinued. The Echo was a smash hit, giving Amazon a surprise lead in home software.

A few months after leaving Amazon in 2017, Freed called his old pal Fine to discuss an idea for a startup.

In the last year, Bamboo launched three Alexa skills, as Amazon calls voice apps. They’re short lessons and quizzes on music theory, math and reading. All are designed to work with Amazon devices like the Echo Show and Fire TV Cube, which let Alexa make use of visual aids, in addition to voice-only gadgets. A fourth skill went live on Wednesday: a storybook program in partnership with Highlights For Children, the 73-year-old children’s magazine. Highlights for Children Inc magazines and storybooks are arranged for a photograph during a Bamboo Learning Inc focus group event in Brooklyn, New York.

The focus group, held in Fine’s Brooklyn home on a rainy Saturday, tested out an early version of that software. The program reads aloud condensed versions of stories a few sentences at a time. After each passage, Alexa's voice chimes in to ask questions.

The kids, comfortable with tablets at home and school, weren’t regular voice software users. Still, they seemed at ease navigating through the voice prompts taking them through stories like Balto and The Three Little Pigs.

The technology left something to be desired.

Often, the interaction was spot on. But sometimes a kid would answer correctly, only to be greeted with a “that’s not quite right”, owing to their pronunciation or word order. There was an awkward delay between a kid’s response and Alexa’s verdict on the answer as Amazon routed the interaction through the digital plumbing of its cloud. Sometimes a kid would answer correctly, only to be greeted with a “that’s not quite right”, owing to their pronunciation or word order.

“We’re doing the best we can with the technology," Fine says. It doesn’t matter if isn’t perfect yet, she adds. “We want to be there first.”

Bamboo is hoping that it can carve out a niche as a useful tool for parents who want an educational diversion for their kids on the new voice software. That could mean offering their assistance to more companies like Highlights looking for expertise in educational applications for Alexa. Or, echoing the models of Internet giants that rely on user-generated content, they could build out a platform for teachers and schools to build voice tools.

At a brainstorming session earlier this year, Bamboo had more ideas than time. Freed, Fine and Michael Nail, their software leader, debated options like adding game-like elements to keep kids interested or perhaps inserting into the reading applications an option to get creative in answers. Nail, a former colleague of Freed’s at Amazon, suggested letting kids add their own spin to a story in the spirit of Mad Libs.

For now, Freed says Bamboo is following the Amazon playbook: trying to build something customers-that is, kids and parents-want to use, and trust that the rest will sort itself out.

There might come a time when the company bids for a contract with a school district, Freed says. “Before we do that,” he says, “let’s get in a school.” – Bloomberg