How Vevo is boosting views by optimising video thumbnails

LOS ANGELES: Apparently, people really do judge a book by its cover. Or at least they do it with music videos, according to new data that Vevo exclusively shared with Variety this month.

The major label-owned music video platform has been on a quest to optimise the preview thumbnails it is using on YouTube, and seen double-digit improvements in engagement as a result. That’s especially true for videos released years ago, which otherwise would have been poised to slowly fade away in YouTube’s ever-expanding catalogue.

Discovery has been a real problem for artistes and their labels, especially as countless of new clips are being uploaded to the Google-owned video service every single day. “(YouTube) doesn’t necessarily prioritise music videos,” said Vevo senior vice-president JP Evangelista. What’s more, music videos historically haven’t done a good job at differentiating themselves from the crowd.

Take Ghost, from singer/songwriter Halsey, for example. Back in October 2014, Vevo uploaded an EP cut of the song, dubbed the Room 93 version, onto YouTube, complete with a relatively dark thumbnail picture. “It wasn’t standing out, it wasn’t popping,” said Evangelista.

As such, the video performed like many other videos do on the platform: After an initial spike, activity died down – until Vevo’s team swapped out the thumbnail last September for something much brighter, with bigger faces of the two protagonists. The result was a slam dunk: Vevo registered a 4,000% growth in views in the two weeks after the thumbnail change. After that time, views eventually flattened out again, but still remained notably above the level they were previous to those changes.

Not every video sees such a dramatic boost from a new thumbnail, but Vevo has still seen a 12% lift on average for videos in the first 20 days, and a notable sustained lift after that when it looked at the effects of changing thumbnails across close to 4,000 catalogue videos.

Adding just a few percent extra viewing, and the advertising revenue associated with it, can be significant for an artiste. Seeing such a lift across its roster of artists can be massive for a label. And having thousands, or at some point even tens of thousands of videos perform incrementally better can be significant for Vevo as well. The decade-old company is a music video juggernaut, and continues to be YouTube’s single biggest supplier of videos measured by views.

But while Vevo easily maintained double-digit growth in previous years, it has seen that curve flatten. In 2017, it clocked 278 billion video views across all of its distribution channels. In 2018, that number was 286 billion, which equals less than 3% growth year-over-year. That’s why Vevo began its thumbnail optimization project some nine months ago to make its vast catalogue of music videos on YouTube more presentable.

The idea to optimise cover art for online videos to boost engagement isn’t entirely new: Netflix has turned this type of image optimisation into a science, and is frequently testing multiple images for the same show with its audience to see which one performs best. In fact, the service has even begun to show different images to different segments of its audience to frame its movies and shows in different ways. That way, some may see an image highlighting the action of a show, while others see something that points out the emotional connection between its protagonists.

Vevo can’t get as granular, largely because it doesn’t control the platform its videos are playing on. Ever since its founding, Vevo has been getting most of its video views on YouTube. The company for some time also operated its own site and apps, and briefly flirted with the idea of a more independent course off YouTube.

However, those plans were canned when former Vevo CEO Erik Huggers left the company in late 2018. Last summer, Vevo shuttered its own apps and site to fully focus on its distribution partnerships with YouTube and a handful of other companies.

And with that renewed focus on YouTube, Vevo began to take a closer look at how it can optimize its videos on the video service. Thumbnail optimisation is just a first step in those efforts, said Evangelista, adding: “It’s a year-long project for us.” Vevo may not be able to do true A/B-testing on YouTube the way Netflix is doing it on its service, but the company has nonetheless gathered a bunch of data on the types of thumbnails that work well, and the ways their videos gain steam on Google’s platform. Some of that is fairly obvious: Well-lit images do better than dark ones, and close-ups on people’s faces do better than shots from further away.

Insights into other success factors are less obvious. For instance, 55% of the traffic for Halsey’s Ghost (Room 93 version) video came from YouTube’s browse features, including the videos YouTube suggests to users on their personalised home pages. Only 6% came from search. Overall, Vevo now sees 75% of its traffic coming from algorithmic curation, which includes personalized home pages, watch next suggestions and algorithmically curated playlists.

This suggests that optimized thumbnails aren’t just more popular with YouTube’s users, but also contribute to a virtuous cycle: Once users click on them more often, YouTube’s algorithms promote them more frequently, leading to further growth. And that virtuous cycle can also extend beyond a single clip: Vevo has found that boost an older videos with better thumbnails can also help to make the release of a new video of the same artist more popular.

So why hasn’t Vevo simply swapped out all of the images by now? Because in the end, such decisions are up to the labels. “Everything we do is in partnership with them,” said Evangelista. Vevo can suggest images that will likely perform better, but in some cases, labels or artistes may have strong feelings about using certain imagery. “It’s an art and science conversation,” he said. – Variety/Reuters 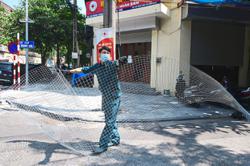