CyberSecurity Malaysia: Beware, your cyberfling could turn into a blackmail scam KUALA LUMPUR: National cybersecurity specialist agency CyberSecurity Malaysia today alerted the public to the dangers of ‘cyberflirts’, saying it is linked to a rising trend in cyber blackmail scams.

Victims are targeted via social networking sites such as Facebook, Tagged and online video chat services such as Skype, with the perpetrators believed to be foreign nationals creating a scam hub in various locations including Malaysia.

As the victims have thus far been mainly teenage boys and middle aged men, the culprits are suspected to be working with female accomplices.

An analysis of the 80 or so reported incidents thus far revealed the modus operandi of a typical cyber blackmail scam: The perpetrator would usually create a profile on a social networking site portraying him or herself as a beautiful Asian woman, where “she” would befriend and flirt with potential victims, and subsequently invite them to intimate video chats with her using Skype.

Unbeknownst to the victims however, “she” would then secretly record the victims during the video chats and blackmail them into remitting sums of money ranging from RM500 to RM5,000 via Western Union or a third party bank account. Failure to do so would result in the video footage being circulated on the Internet.

“Only four incidents of cyber blackmail scams were reported to our Cyber999 Help Centre in 2012, but by mid 2013 we saw an upward trend,” said Dr Amirudin Abdul Wahab, chief executive officer of CyberSecurity Malaysia.

He added that by the end of 2013 that number had increased exponentially to 73 cases, leading CyberSecurity Malaysia to believe that there could be many more unreported incidents.

“Malaysians are advised to be extra careful and not to entertain online seductions from women whom they got to know only in social media, but have never really known in person,” stressed Dr Amirudin.

What to do if you are a victim of such a scam:
· Stop communicating with the perpetrator. Ignore all calls, SMSes or messages from the perpetrator.
· Remove the perpetrator from all your social media friends or contact lists, or add her to your list of ‘blocked’ contacts.
· Make all your social networking accounts private so the perpetrator will not be able to reach you or your friends.
· Keep all relevant data such as chat logs, screenshots, and e-mail messages as evidence for reporting and prosecution purposes.
· Never pay the scammers as it may further propagate the scam.
· Lodge a police report at a nearby police station together with evidence for further investigations.
· Report the incident(s) to CyberSecurity Malaysia’s Cyber999 Help Centre for further assistance, either by sending an e-mail to cyber999@cybersecurity.my or by calling 1-300-88-2999 (monitored during business hours). In case of an emergency outside regular working hours, send a text message to 019-266 5850.

CyberSecurity also added general words of advice to Internet users:
· Be aware that anything you do on the Internet, including video and voice calls, can be recorded and manipulated for malicious purposes.
· Adhere to best practices, and religious or social ethics, when on social networking sites and online chat forums.
· Be very cautious who you befriend, and do not feel obligated to fulfill all requests from other users while online.
· Be alert and suspicious of unusual activities on the Net and immediately report it to relevant authorities.
· As a preventive measure, configure your Skype account to restrict communications with only your existing contact list by doing the following: Go to > Tools > Options > Privacy > Only Allow IMs, Calls etc from People on my Contact List > SAVE.
· Always make sure your software and systems are up-to-date, and that you are using up-to-date security software.
· Never use your webcam to video call someone you do not know. 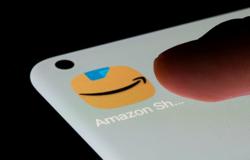