World FIABCI Award for The 12 Waves The only Malaysian development that made it into the winners’ list for the world finals, The 12 Waves is a state-of-the-art 21st century warehouse in PKT Logistics Group Sdn Bhd’s integrated sustainable hub strategically located in the Batu Kawan Industrial Park on mainland Penang.

On the accolade, Group chief executive and managing director Datuk Michael Tio shared “We’re honoured by the global recognition, as we never imagined a homegrown integrated logistics provider like ourselves would make waves on the world stage.”

“This is testament to our efforts in transforming the logistics industry through world-class warehouse concepts that are not only environmentally friendly but also capable of serving the local community’s education and lifestyle needs.”

The 12 Waves is PKT’s 4th generation warehouse after The Ship, The Waves and The Lighthouse all in Shah Alam, Selangor.

The overall development sprawling over 2,000,000sq ft and also comprises other commercial components such as The Ship Campus, The Automotive Boulevard, The Lighthouse Lodge and The Andaman Wharf. 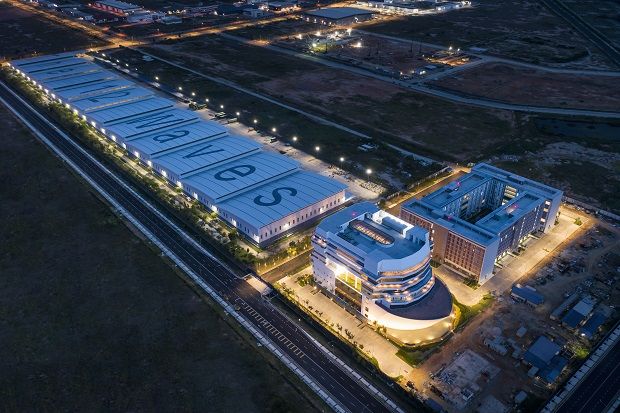 The 12 Waves is part of an integrated sustainable hub in Batu Kawan.

But The 12 Waves, costing RM120mil is its heart. Designed by Kun Lim architect, it strikes a balance between technological advancement, a respect for nature and enhancing value for stakeholders. 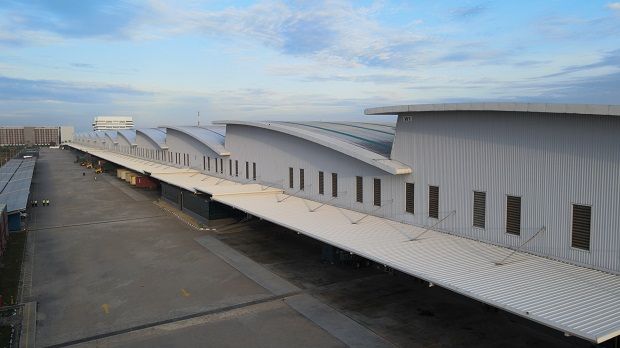 A side view of The 12 Waves illustrates the length and scale of the structure.

More than a warehouse, The 12 Waves also features rest and recreational amenities open to the public – including The Service Area with a convenience store, food court, public restrooms and ATM. There is also a trucker-friendly lounge with shower facilities.

Opened in August 2020, it gave visitors, mainly Penangites, a taste of Japan. Already, it is dubbed ‘The Longest Japanese Garden in Malaysia’. The entire development is envisioned as a sustainable logistics hub, catering to various industries such as automotive, medical, and electrical and electronics (E&E).

A truck entrance to The 12 Waves.

Among other components, The Ship Campus is the national HQ of Peninsula College – PKT Logistics Group’s education arm, operating in partnership with the University of Plymouth, UK.

Upcoming components are a premium B&B known as The Lighthouse Lodge, and a unique automotive retail and lifestyle development called The Automotive Boulevard.

PKT Logistics Group Sdn Bhd prides itself as a socially responsible company that provides top notch logistics services, while driving positive change to communities through its activities. Scan the QR code to find out more. 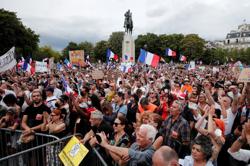