PETALING JAYA: This is going to be a great year for squash, especially with the Women’s World Championships being hosted locally for the first time since 2004.

The announcement that Penang would play host was made on Sunday and it was welcomed by world No. 1 Nicol David who hopes that the meet would inspire more youths to take up squash.

But will there really be more Malaysians picking up the sport? Does Malaysia even have enough facilities to generate this kind of promise?

It is no secret that squash courts are scarce in Malaysia, and among the courts, a lot of them are not maintained well.

Squash has always been seen as an elite sport, after all. Unlike badminton and football which can be played almost anywhere, squash is one sport that requires a proper and well-maintained court.

If we are to produce more Nicole Davids, shouldn't more be done to ensure we have ample courts that are well-maintained?

“Unlike badminton courts which are multi-purpose, squash courts are built for only one purpose, that is to play squash,” he says.

Badminton courts just require an empty plot of land or an unused storage building that can be easily converted; they are also used for various purposes such as futsal, netball, and a variety of dance classes.

In fact, most city and town councils have badminton courts wherever there are residential community halls; the same cannot be said for squash.

A squash court needs a playing area (singles) of 9.75m x 6.40m although the minimum height from the floor can be anything to the ceiling.

There can be plaster walls or just normal walls, depending on where the court is being built or what it is used for.

The floors though vary although World Squash Federation (WSF) requirements state that for a court to be used for tournaments, the floors should be constructed in light-coloured timber to enable the ball to be seen during play.

“That is not a small amount and if we plan to use the courts for competitions, they have to be in line with WSF requirements and that means they would certainly cost more.

“This, together with the fact that you can't do too much with a squash court except play squash, means people are more reluctant to build courts, especially those for the public.

“We actually have courts, but most of them are in the Klang Valley,” he explains.

While courts in the states have been lacking, new ones are being built. Eight are in Seremban at the SMK Seri Pagi school and three more in Miri, Sarawak, at SK Jalan Bintang.

These however were built under the Education Ministry (MOE) directive and there are more on the way.

However, it is still unknown whether the states will be able to adopt them as their centres. If the school courts can be used by the states, it would maximise the usage and encourage more to pick up squash. 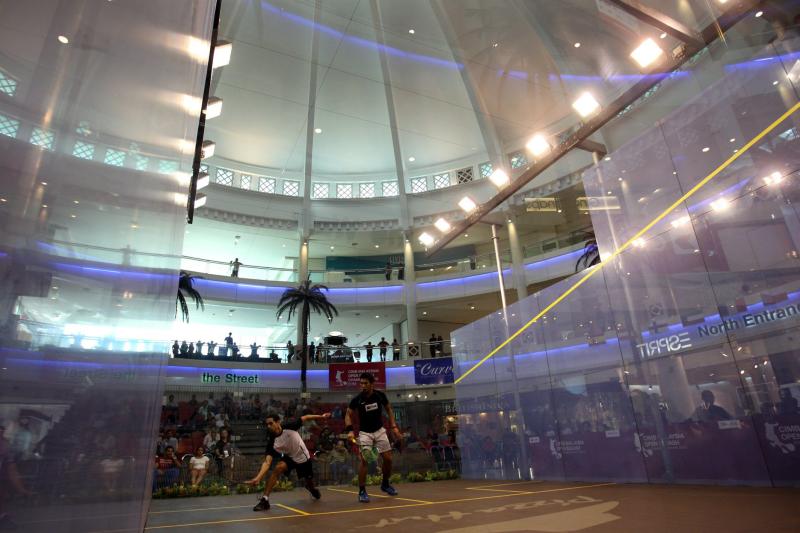 The all-glass showcourt at the Malaysian Open at The Curve.

Allan believes that ever since all sports associations were centralised in 1998 for the Commonwealth Games, private clubs were cut off and interest in squash eventually diminished.

“Now, one of SRAM’s targets is to ensure all our state affiliates have a centre they can call home.

“Ideally each centre should have at least six courts, depending on the number of players they have.

“Right now, most states have their centres, with Perlis due to get one as a new squash complex is being built, with eight courts for Sukma (Malaysia Games) this year.

“Johor, Negri Sembilan, Sarawak and Kelantan however do not have a centre while Terengganu is still unresolved,” adds Allan.

According to former national player Mohd Azlan Iskandar, who runs a sports events company (Sportspin) as well as the Azlan Iskandar Squash Academy (Aisa), building squash courts in schools was an idea mooted by the MOE about a year and a half ago.

“To have more courts in schools is definitely great for developing the game. As I understand, there will be more coming soon.

“But we need more. There are only five courts in Kedah yet the likes of S. Sivasangari and Aifa Azman, who come from there, did so well at the British Juniors.

“Hopefully the state will build another five because, at the rate Kedah is developing players, they need at least eight to 10 courts.

“The point is though, the National Sports Council (NSC) should definitely take squash more seriously … considering that the sport has always delivered.

“I know they are looking into it but there hasn’t been any action yet. Even the courts at Jalan Duta are in terrible condition.

“In Kelantan, the courts are a joke. Whoever built them probably meant well but at least they could have done them properly.

“The floors there are black and it’s just hard to see the ball.

“In Sarawak, where I come from, there is no centralised centre and it is mostly self-funded by private clubs.

“Squash can be so much better especially when you take into consideration that we have Nicol in our midst. Unfortunately that’s not happening,” says Azlan.

Nicol, who is overjoyed at the prospect of competing at the world meet in her own backyard, believes that now is the time to push for squash development. And that means having more squash courts, more academies, and more kids playing it.

“Azlan is really stepping up, pushing the Youth and Sports Ministry to have more courts. Hopefully, he’ll give it more urgency so that the states and government take it more seriously because we owe it to them in the end.

“It would be great if schools can have more access to squash courts … especially public schools because that would give everyone a better opportunity to pick up the sport,” says Nicol.

Not everyone agrees though. National No. 1 Ong Beng Hee believes that having more courts is not the solution.

“Unless SRAM are trying to focus on bringing up competitive club-based squash … there is really no need to have so many courts, especially with everyone already training in Bukit Jalil,” said Beng Hee.

“First of all, the programme has to improve … and the manpower as well. To push for so many courts, they must be prepared to have the right manpower to run them, or else these courts will just become white elephants.

“The courts also have to be properly done … for instance, have air-conditioning.”

Speaking from his years of experience training and competing overseas, Beng Hee believes that it is better to produce quality players than just focusing on numbers.

The bottomline is that squash is growing here, in terms of quality and quantity.

As such, the country needs more courts and that includes proper maintenance of them.

As Syed Mustaffa puts it, “Squash deserves just a bit more because it has always delivered consistently.”

It is amazing that Sivasangari and Aifa could win the British Junior Open Under-15 and Under-13 titles last week, considering there are only five courts available to them in their home state of Kedah.

Another promising Malaysian youngster – Mohd Syafiq Kamal, who recently made the decision to become a full-time player, started off playing squash in his hometown of Kelantan which only has a couple of poorly-maintained courts.

If we can produce junior champions without the proper facilities, imagine how much more can be achieved with the right facilities. 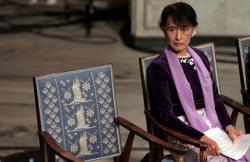