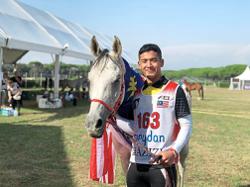 Podium finish: The national riders rode to a silver in the FEI World Endurance Championship for Young and Junior Riders in Ermelo, Holland.

PETALING JAYA: It was nothing short of a stunning performance from the national equestrian athletes who galloped to a fine silver on leased horses in the FEI World Endurance Champion-ship for Young and Junior Riders in Ermelo, Holland. Faris Haikal Hassan Sa’ari, Yusuf Luqman Zakaria, Nur Qasrina Amani Zakaria, An-Nur Muhd Imran Eirfan Anuwar and Anfal Insyirah Abu Talib, riding on horses on loan from France as they could not bring their own due to border restrictions, clocked 19’11:16 in the 120km race. The French team secured gold in 16’57:27 while Belgium claimed the bronze medal with 20’43:03.

It is the first time Malaysia have made the podium in their fifth participation.

Malaysia have been competing in the biennial Under-21 meet since 2013.

Their previous best were fourth and fifth at the 2013 Tarbes (France) and 2019 Pisa (Italy) editions.

The team thus hit the target of a top three finish set by the Equestrian Association of Malaysia (EAM).

Three of the five riders in the fray – Faris, Nur Qasrina and captain Yusuf have had previous experience as they took part in Pisa.

That element proved crucial as the team went through an early setback in the race on Thursday.

“The race was divided into four loops.

“In the first, one of our riders had to stop because his horse fell ill and we dropped into sixth position,” said team manager Wan Mohd Kamaluddin Wan Yussof.

“But we changed to a different strategy and managed to improve to fourth after the third loop.

“It was only in the last 10km when we managed to secure the second overall position.

“It is a historic success for Malaysia in equestrian as we managed to finish ahead of the top countries in endurance discipline like United Arab Emirates, Spain, Italy, Brazil, Germany, United States, Belgium and Holland.

“All this will not be realised without careful planning and commitment from those involved.

“I also salute our riders as they had to continue training in the Covid-19 situation to maintain their fitness as part of their preparation for this competition,” added a beaming Kamaluddin. 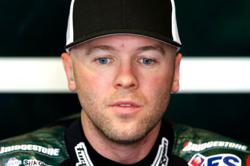 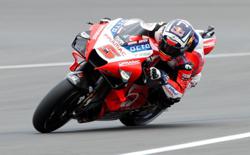